At Electric Planet Summit, Norway shows the world how to plug in

When it comes to the sale of electric cars, Norway has a lot to be proud of. That pride was on display at the Nordic EV Summit Electric Planet, which kicked off in Oslo on Wednesday, drawing glitterati from the city’s political scene, including Prince Haakon, the nation’s Crown Prince, and Royal advocate for electric mobility. 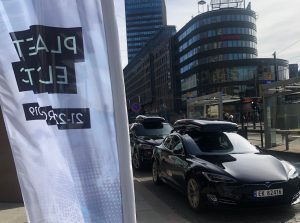 By Anna Kireeva and Charles Digges

When it comes to the sale of electric cars, Norway has a lot to be proud of. That pride was on display at the Nordic EV Summit Electric Planet, which kicked off in Oslo on Wednesday, drawing glitterati from the city’s political scene, including Prince Haakon, the nation’s Crown Prince, and royal advocate for electric mobility.

A foreign audience turned up as well. Representatives from places as diverse as the US and South Korea, India, and New Zealand, and numerous European countries participated to so they could get insight on how Norway is leading an electric revolution. 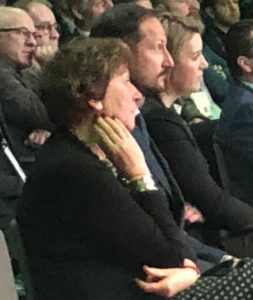 This is good news that comes at a good time. According to the latest United Nations report, avoiding the worst consequences of global warming requires reducing 2010-level greenhouse gas emissions by 45 percent by 2030, and 100 percent by 2050. Worldwide, some 15 percent of manmade carbon dioxide emissions come from transport.

In Oslo, that figure is even higher. Marianne Borgen, the city’s mayor, told the summit that two thirds of Oslo’s emissions arise from cars and trucks. For the city to go completely green – and for Norway to meet its climate promises – those emissions have to stop.

To help meet that goal, Norwegian government has taken aim at some ambitious climate targets. By 2025, the nation plans to entirely phase out the sale of vehicles running on traditional gas-powered engines.

Oslo’s ambitions don’t stop at street level. By 2040, three are hopes that all domestic airline flights will be powered by electricity as well. Even the country’s vast shipping industry is trying to make the change. Hurtigruten, the country’s largest cruise, ferry and cargo operator recently announced it would inaugurate two hybrid ships, with an eventual push toward all-electric vessels.

That means that there will be a lot of equipment to charge and it will be a struggle to catch up. Christina Bu, head of Norways’ Electric Car Association, told the summit that the number of electric cars on the country’s roads already numbers at 70,000. 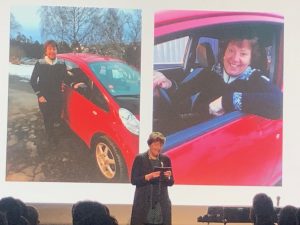 Marianne Borgen, Oslo's Mayor, speaks to the summit in front of picture of her own electric car.

So much of the discussion at the Electric Planet summit has focused not just on electric cars themselves, but how to bring about the infrastructure to keep them powered up. Bellona, which is participating in the summit, has pushed to change European construction codes so that new buildings accommodate the electric car culture.

According to studies, 90 percent of an electric car’s charging time comes when it is parked at home. Those same studies suggest that how easy it is to charge electric cars influences whether people will buy them. Because of that, the way parking spaces are arranged around residential buildings matters.

Bellona has therefore advocated for something called “pre-tubing” — which is nothing more than plastic tubes running through the concrete of building foundations that allows for the easy installation of wires to connect charge points within. Requirements this tubing on all new buildings would go a long way toward reassuring potential electric car owners that they will be able to juice up their cars at home.

Yet new construction brings emissions of its own. Some 8 percent of Oslo’s carbon dioxide expenditure comes from construction sites. So Bellona has helped encourage a shift to cleaner construction. As a result, some of Norway’s biggest state contractors are now starting to offer electric cranes and excavators, making future development smog and noise free.

“We want our city to be the most environmentally friendly city in the world,” Mayor Borgen said. At the Electric Planet summit, her city is showing the world how it can follow.