Imagine a construction site that doesn’t grate on your nerves with its rattling noise. Or perhaps consider a neighborhood where the sight of hard-hatted progress won’t make you brace for months of foul air and an incessant, sleep-shattering din. Contemplate a view of cranes that doesn’t include clouds of pollution, traffic disruptions and sanity-eroding whirs, buzzes and clanks.

Published on December 6, 2018 by Charles Digges 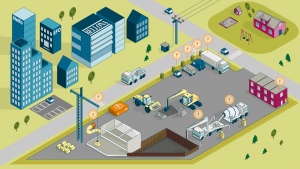 Imagine a construction site that doesn’t grate on your nerves with its rattling noise. Or perhaps consider a neighborhood where the sight of hard-hatted progress won’t make you brace for months of foul air and an incessant, sleep-shattering din. Contemplate a view of cranes that doesn’t include clouds of pollution, traffic disruptions and sanity-eroding whirs, buzzes and clanks.

But that’s exactly what Bellona has proposed the future may hold at one of its side events in Katowice, Poland, where nearly 200 of the world’s nations have gathered for the next two weeks to try to put climate negotiations back on track.

The UN meeting, called the Conference of Parties 24, is looking to hammer out a set of rules for the Paris Climate Agreement that delegates hope will prod countries to cut fossil fuel emissions far more deeply in the years to come than they’re currently doing.

But for all the sources of our global warming woes – from automobile exhaust and carbon-belching coal fired power plants, from shipping and aviation fumes and the greenhouse gas emissions produced by everything from petroleum refining, to raising livestock, to clear cutting forests, to even the refrigerator in your kitchen – it’s easy to overlook emissions from that other yardstick of inevitable human progress: construction.

And they’re far from insignificant. According to figures compiled by Bellona, construction in Oslo, Norway accounts for some 8 percent of the city’s total carbon dioxide emissions ­– while in Germany, construction emissions exceed those spewed by domestic air travel and rail travel combined.

That’s a heavy carbon toll on a global climate that the world’s scientists tell us can’t warm more than 1.5 to 2 degrees Celsius before we begin to see irreversible catastrophe – much of which is already clearly visible now.

But Christian Eriksen, a senior energy advisor with Bellona says it doesn’t have to be that way.

In a presentation entitled “Zero Emissions Construction is Possible – Don’t Wait for 2030” Eriksen showed that there are civic building projects getting started in Oslo next year that, if not 100 percent emissions free, are about as close as anyone can come. 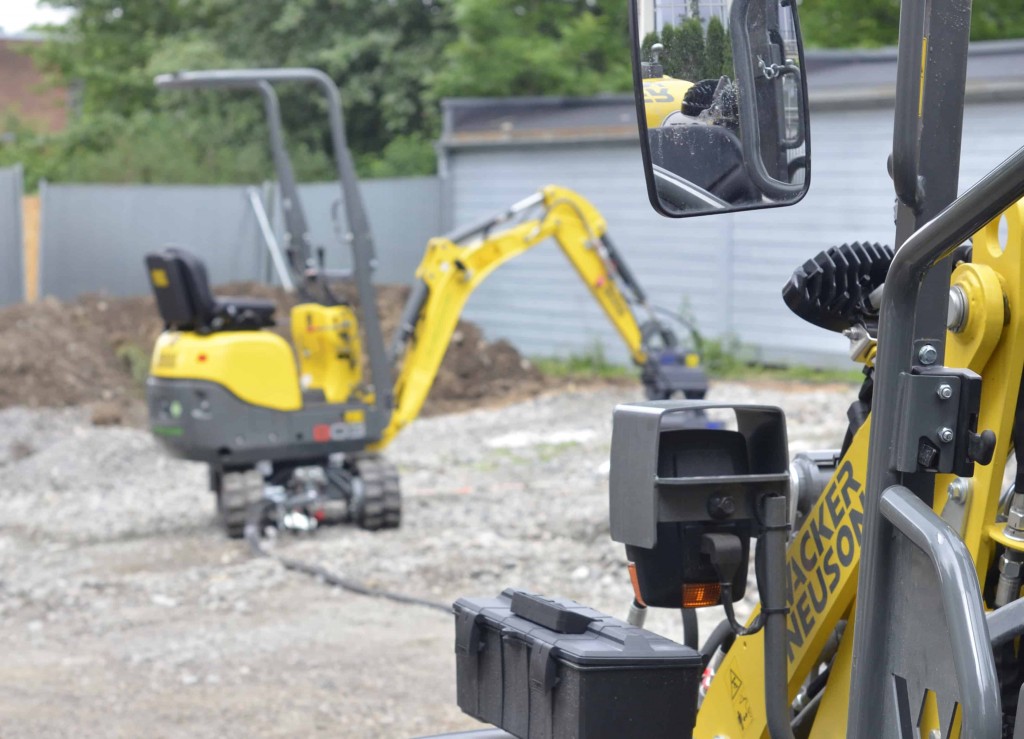 Electric excavators like the ones that will be used in pilot projects in Oslo next year/ Credit: greenvisit.no

The first is a small pilot project to build a pedestrian walkway in Oslo’s city center – a project that ordinarily would require a large, noisy and carbon dioxide-billowing excavating machine run on diesel fuel.

But in this case, it won’t. Instead, said Eriksen, the walkway will be built with the help of a 25-ton electric excavator – one which will operate virtually silently, and that won’t cast out any of the smoke particles so familiar to most construction sites – and, most importantly, without contributing any carbon dioxide to the atmosphere.

The excavator project – undertaken by the municipality to showcase its European Green Capital credentials ­– will take advantage of a plentiful electrical supply in Oslo’s downtown area, which suggests that other projects like it are eminently feasible.

The second pilot project will be the building of a public kindergarten by Omsorgsbygg, which constructs and manages many of Oslo’s municipal purpose facilities. This structure will be undertaken in mid 2019 with the help of a 30-ton excavator that runs on a combination of electricity and emissions free hydrogen.

Moreover, all the other emitting technologies that would ordinarily be present at a construction site – such as facilities for heating the premises both for the personnel, as well as to facilitate the drying of cement– will also be run on electricity rather than fuel. The low noise, zero emissions, dust and dirt particle-free equipment will be especially welcome in what is a residential area, and will likely set the tone for future municipal kindergarten construction in the city. 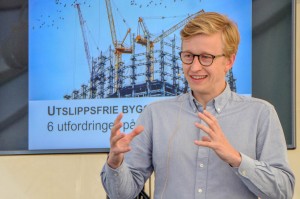 About the only thing at this site that is not guaranteed to be emissions free, says Eriksen, is the transport of materials to, and waste from, the site. But even here, Eriksen says Bellona is working with Omsorgsbygg to consider emissions free alternatives.

The idea of emissions free construction is more than a novelty – a number of European cities are discussing what steps they can take to make it a reality. But for that to happen a lot of thinking needs to shift.

“It’s not just a question of emissions-free building equipment, it’s a question of regulations as well” says Eriksen. “ Developers need to require projects be done without emissions, and subcontractors need to be able to deliver them. Manufactures, in turn need to produce the equipment. We’re not saying that every construction site needs to be zero-emissions by 2019, but it’s important to start thinking and initiating the learning process that will lead to that.”

Two other heavy weight sectors in the construction process ­– those responsible for public procurement and those who develop public projects – are essential to persuade, as they, ultimately, decide how large-scale municipal projects are handled.

But already, says Eriksen, seven of Norway’s biggest civic developers, including Forsvarsbygg and Statsbygg, have banded together to demand that more solutions in their projects be emissions free – and not just by 2030, but by the end of this year.

The costs of these projects might, in the short run, be higher. The emissions free excavators going into operation in Oslo are, Eriksen says, are at least twice as expensive as their diesel-fueled counterparts.

But as larger and larger developers use their bargaining power to demand subcontractors who can deliver builds without emissions – as Norway’s biggest seven are ­­– costs are bound to drop, perhaps sooner than later.

Added to that, zero-emissions equipment lasts longer too. Manufacturers who produce electric building machinery say it can last from 50 percent to three times as long as its diesel fueled cousins.