As United Nations climate talks in Katowice, Poland closed this weekend, negotiators reached fragile late night deal to keep the Paris Climate accord alive. In the long run, the agreement will require almost every country in the world to follow a uniform set of standards for measuring their planet warming emissions and tracking their climate policies.

Published on December 19, 2018 by Charles Digges

As United Nations climate talks in Katowice, Poland closed this weekend, negotiators reached fragile late night deal to keep the Paris Climate accord alive. In the long run, the agreement will require almost every country in the world to follow a uniform set of standards for measuring their planet warming emissions and tracking their climate policies.

Within the European Union, many of those policies will have to target internal combustion engines – which despite broad efforts to electrify transport – remains the biggest contributor to the continent’s greenhouse gases.

But how can Europe bridle these emissions – which contribute to more than 400,000 deaths a year? It could boil down to something as simple as how we park our cars.

Yet this opens that essential chicken and egg riddle that’s been deviling advocates of emissions free transport: Which should come first, the electric cars, or the places to charge them?

But European policymakers, who gathered at Bellona’s electro-mobility side event at the COP 24 on Friday, were keen to offer an answer: If you build the charge stations, electric cars will come.

Teodora Serafimova, an e-mobility advisor with Bellona noted that in January of this year, the EU Parliament and member states reached an agreement on the Energy Performance of Buildings Directive, or EPBD, which is a set of rules regulating the energy performance in buildings. 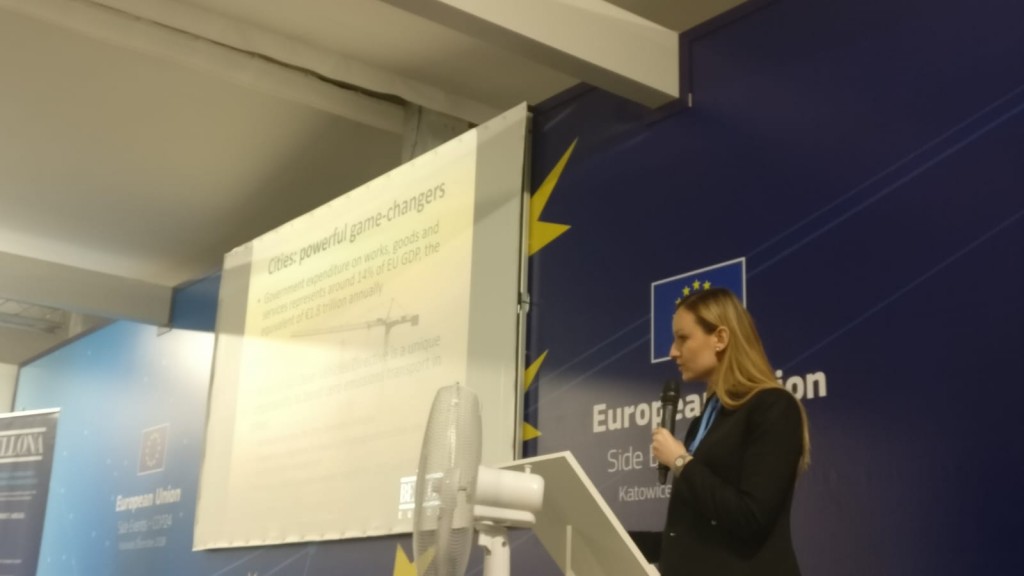 Among the provisions of the EPBRD is a requirement that builders put in place something called “pre-tubing” – which is nothing more than simple plastic tubes running from inside to out that allow for easy installation of car charging stations on new buildings, and in buildings undergoing heavy renovations.

As Serafimova sees it, the inclusion of pre-tubing in new construction is an appropriate compliment to emissions-free construction, another carbon-cutting initiative some European cities are trying to pursue.

Currently, the EPBD stipulates that each larger new, non-residential building in Europe have at least one charge point for electric cars – the wires for which would be connected via the pre-tubing feature.

But both Serafimova and Miapetra Kumpula-Natri, a Member of European Parliament from Finland who also spoke at Bellona’s event, want to see that requirement enhanced.

The math, they say, is simple.

Installing electric car charge points at buildings already outfitted with pre-tubing works out to be some 75 percent less expensive than installing a car charger from scratch, when all the hassles of renovation are taken into account, Kumpula-Natri, who served as a shadow rapporteur on the recast of the EPBRD, noted.

Plus, said Serafimova, pre-tubing accounts for the evolution of car chargers over time as the efficiency of electric car batteries improve. Pre-tubing, Serafimova explained, doesn’t become outdated like the batteries themselves. When it’s time to swap old chargers for new, pre-tubed buildings make installation far easier – and cheaper. 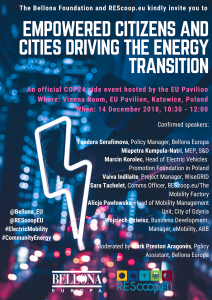 But Serafimova pointed out that EU building regulations fall short in one critical area – they fail to mandate that charge points in new buildings charge “smartly.”

What this means is that the EU rules don’t require the charging process to adapt in response to pricing and grid capacity. Smart charging, she said, goes hand in hand with optimizing a building’s energy use and reducing its carbon footprint. Smart charging likewise helps accommodate the growing number of electric cars on the road and lowers energy bills for consumers.

Because of that, Serafimova said she hoped the European Commission would urge EU Member States to keep electric car drivers in the loop on smart charging schemes by providing them with time-variable electricity pricing and incentive payments.

Vaiva Indilaite, a project manager with REScoop.eu, is working at a grassroots level to do exactly that. In her remarks at the Bellona side event, she said her organization wants to give energy consumers a voice in the EU’s transition to renewable energy – something that will eventually help shape how car chargers are installed.

How these new building codes will play out in the long run will hopefully be shaped by this debate. While the EPBD regulations were adopted this year, they will only enter into EU-wide force in 2020. And, unfortunately, as Serafimova pointed out, they contain several exemptions that can minimize their impact.

For instance, how the EU defines those buildings that would require pre-tubing means that some 99.8 percent of all commercial enterprises in Europe could be exempt from the electro-mobility obligations. By the regulations, only those businesses that have more than 250 employees, and whose annual revenues are greater than €50 million will be required to make change.

Further, only about one percent of the entire building stock of Europe undergoes renovation yearly, meaning that the number of buildings that would be required to include pre-tubing gets even smaller.

The broader regulations come into force later, in 2025, and will apply to all buildings, including those not undergoing renovations. How these terms will be applied will be left up to Member States.

Yet in the shorter term, as Bellona has explained, the Member State have to simplify the permitting and approval procedures around installing charge points at both residential and non-residential buildings. The process in many places is one of arduous red tape. These “right to the plug” building codes have made a showing in EU countries like Spain, France and Portugal, which suggests that other states can follow.