Russia’s state weather agency said Monday that it had found the radioactive isotopes of strontium, barium and lanthanum in test samples taken after a mysterious accident during a test at a military site earlier this month. 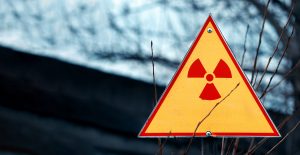 Russia’s state weather agency said Monday that it had found the radioactive isotopes of strontium, barium and lanthanum in test samples taken after a mysterious accident during a test at a military site earlier this month.

The findings offer the clearest suggestion yet that the device involved in the August 8 weapons test mishap, which caused radiation levels to briefly spike in the city of Severodvinsk, was a nuclear reactor – and not, as Russian nuclear officials had previously suggested, some other type of radioactive power source.

“The presence of decay products like barium and strontium is coming from a nuclear chain reaction,” Nils Bøhmer, a Norwegian governmental nuclear safety expert, told the Barents Observer news portal. “It is proof that it was a nuclear reactor that exploded.”

Moscow has slow dripped vague and conflicting details to the media about the source of the blast since it occurred, fueling speculation that the damage could have surpassed what officials have reported.

In the fresh details coming Monday, the Rosgidromet weather service detailed the radioactive gases it measured following the explosion, saying they were responsible for the “sharp, short-lived change in the radiation situation over Severodvinsk.” Rosgidromet reported that it has been monitoring the situation since the accident but said no further radiation had been detected.

Five nuclear scientists from Rosatom, Russia’s state nuclear corporation, were killed in the incident, which officials from the company said involved a rocket engine running on a nuclear power source.

But the nature of that source has been under debate. Initially, Rosatom released a statement saying test gone wrong had involved an” isotope source of a liquid fueled propulsion unit.” In statements to the Fontanka.ru Russian news agency, which came two days later, the corporation characterized the device in question as a “nuclear battery.”

Both descriptions are consistent with the design of an RTG – or radioisotope thermal electric generator – which, unlike a reactor, doesn’t use a chain reaction, but instead converts heat from the natural decay of radioactive materials into electricity. Through much of the Soviet period, Moscow deployed RTG-powered navigational beacons throughout the Arctic, and the devices have been used in satellites as well.

But according to Bøhmer, who works with Norwegian Nuclear Decommissioning, a government agency developing nuclear fuel storage strategies for Norway’s research reactors, the isotopes Rosgidromet reported finding on Monday could not have resulted from an explosion involving an RTG.

“Had it been an RTG, none of these isotopes would have been detected,” Bøhmer, who has also worked with Bellona, told the Barents Observer.

Edwin Lyman of the of the Union of Concerned Scientists in Washington, DC, agreed, telling the Guardian that the detection of the fission products indicated a reactor release.

“However, I’m still puzzled why there was no detection of iodine isotopes, some of which would be released in greater quantities,” he said.

Last year President Vladimir Putin boasted that Russia was testing a cruise missile that would be propelled by a small nuclear reactor, in addition to carrying a nuclear warhead, flying a path too unpredictable to be intercepted. The radioisotopes detected by Rosgiromet would be consistent with an accident with that sort of weapon.

Last week Putin confirmed that the accident was related to “work on promising weapons systems,” but added that “when it comes to activities of a military nature, there are certain restrictions on access to information.”

Indeed, information about the accident has been mostly restricted. The initial radiation reports were posted by the city administration of Severodvinsk – a port city of 183,000 located about 20 kilometers from where the blast occurred.

The Defense Ministry sought to censor that report, but on Tuesday, August 13th, Rosgidromet said that radiation levels had spiked by four to 16 times beyond natural background levels in the city.

The following day, Russian officials announced that Nyonoksa – the village closest to the blast – would be evacuated for reasons they refused to spell out. But later that same day, Igor Orlov, governor of the Arkhangelsk region, told the Interfax new agency that the evacuation order was “complete nonsense.”

Staff members at the Arkhangelsk hospital that treated the blast’s victims later complained they had not been warned that their patients had been involved in a radioactive accident, The Moscow Times reported. The Federal Security Service, or FSB, later coerced the staff to sign non-disclosure agreement forbidding them to discuss the accident.

According to the independent Russian news site Meduza, the radioactive isotope cesium-137 was detected in the muscle tissue of one of the treating doctors during an examination in a Moscow clinic.

On August 19, eleven days after the accident, the Comprehensive Nuclear-Test-Ban Treaty Organization said several of Russia’s radiation sensors had been switched off during the time the blast took place. The monitors came online again last week, the AP said.

The isotopes Rosgidromet reported finding Monday are very short-lived. Strontium-91 has a half-life of 9.3 hours, while Barium-139 and Barium-140’s half-lives are 93 minutes and 12.8 days respectively. Barium’s daughter product, Lanthanum-140, has a half-life of 40 hours.