Russian authorities and media continue to puzzle observers by offering contradictory information about whether victims of an August 8 rocket test explosion were exposed to radiation resulting from the accident. 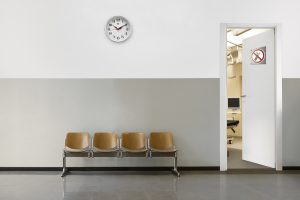 Russian authorities and media continue to puzzle observers by offering contradictory information about whether victims of an August 8 rocket test explosion were exposed to radiation resulting from the accident.

The latest of these reports come from health workers in the Arkhangelsk region where the incident took place. According to a Friday report in The Moscow Times, an independent English-language daily, senior medical staffers who treated victims of the blast say they were dealing with patients who had been exposed to radioactivity – a claim downplayed by official state media.

The doctors told the newspaper that authorities failed to warn them that the wounded coming from the site of the accident had been exposed to radioactive materials, which placed hospital staff in jeopardy. One doctor who treated the patients was later found to have a radioactive isotope in his muscle tissue, said the paper.

Russia’s Federal Security Service, or FSB, later coerced the doctors to sign non-disclosure agreements forbidding them to reveal their patients’ conditions, according to the paper’s interviews with anonymous medical officials.

A report released by the official TASS newswire the following day claimed no medical staff had been exposed to “excess levels of radioactivity.” The TASS item made no mention of the article published by the Times.

The conflicting reports serve to deepen the mystery surrounding the August 8 explosion, which Russian authorities have acknowledged but have failed to fully explain.

While the fallout from the Archangelsk accident is vastly smaller than what was released by Chernobyl, the slow drip of information coming from Moscow bears echoes of that 1986 Soviet catastrophe.

Russia’s Defense Ministry initially said the blast killed two people and injured six, but the state-controlled nuclear agency, Rosatom, later disclosed the explosion killed five of its workers and injured three others – the first suggestion from Moscow that radioactive materials had been involved. More than a week after the explosion, the final death toll is still unknown.

The Russian Defense Ministry initially said no radiation had been released, although the city administration in Severodvinsk ­– a port city of 183,000 located about 20 kilometers away from were the accident occurred – reported a brief rise in radiation levels on the day of the accident. The Defense Ministry sought to censor that report, but by the following Tuesday, Russia’s state weather agency Rosgidromet said that radiation levels had spiked by four to 16 times beyond natural background levels in the city.

By Wednesday, Russian officials announced that Nyonoksa – the village nearest the accident site – would be evacuated for reasons they refused to spell out. But later that same day, Igor Orlov, governor of the Arkhangelsk region, told the Interfax new agency that the evacuation order was “complete nonsense.”

Amid the chaotic reports, Archangelsk residents caused local pharmacies to run out of iodine, which protects the thyroid from radiation.

At the center of the confusion is uncertainty over what sort of radioactive device was involved in the accident.

Last year President Vladimir Putin boasted that Russia was testing a cruise missile that would be propelled by a small nuclear reactor, in addition to carrying a nuclear warhead, flying a path too unpredictable to be intercepted. Western analysts called the missile “Skyfall,” and last week, President Trump tweeted that the accident had been a Skyfall exploding.

But Russian officials have not acknowledged this. Instead, Rosatom has said the accident had involved “isotope power sources.” It later offered that the device present at the failed rocket test had been a “nuclear battery.”

The Times report cited interviews with four male doctors at the Arkhangelsk hospital – two in senior positions — and a medical worker. They spoke on the condition of anonymity, citing a period of heightened attention by Russian security services.

The doctors told The Times the facility received three men at the hospital around 4:30 p.m. the day of the accident who were naked and wrapped in translucent plastic bags. Health care staff at the time were only told there had been an explosion hours earlier at a military site, the paper reported.

“No one – neither hospital directors, nor Health Ministry officials, nor regional officials or the governor – notified staff that the patients were radioactive,” one of the clinic’s surgeons told The Times. “The hospital workers had their suspicions, but nobody told them to protect themselves.”

All five men who spoke to the newspaper did not treat the patients, but attended a briefing on August 12 at the hospital. The Moscow Times reported all who attended the briefing gave an “identical” version of events and were frustrated with not being made aware of potential risks.

The staff is furious to say the least,” one of the doctors told The Times. “This is a public hospital. We weren’t prepared for this and other people could have been affected.”

A nurse at the hospital who gave only her first name, Viktoria, out of concern she said might face retribution, told the New York Times that doctors who worked on those injured in the blast discovered their scrubs were causing radiation meters to click and were later evacuated to Moscow.

“They didn’t tell us anything,” Viktoria told the New York Times. “Then they told us, ‘we will wash the walls and then everything will be all right.’”