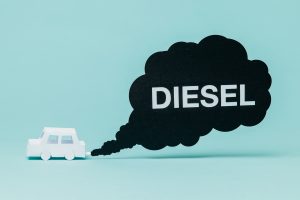 In part 1 & 2 of these series we addressed the misleading effect of greenwashing and how this often blocks efforts which are actually trying to combat climate change. With the aim to walk you through this madness of “green scams” with open eyes, we share some tips on how to avoid falling into the trap of believing so-called “scientific reports”. In order to give you a more tangible approach, we based our steps on the recently released study by the German Ifo institute which compares emissions of a Diesel and an electric vehicle (EV). The authors concluded that under current conditions in Germany, Diesel would emit less CO2 than their electric counterparts. Part 1 covered the points to keep in mind when first encountering such a study, including the authors’ interests and the assumptions made about data and the method of comparing the subjects. Part 2 looked into the remaining assumptions that need to be taken into consideration such as the characteristics of the subjects of the study as well as the contextual calculations made. In part 3 we talk about the aspects that have been ignored such as production and environmental effects and the resulting consequences.

Step 3: What has been ignored? 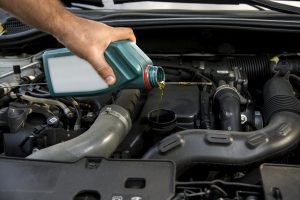 On the one hand, the authors are adding emissions for battery production to the rest of the Tesla’s energy consumption. On the other hand, they ignore the emissions for the production of the car components, including internal combustion engine (ICE), transmission and exhaust system. Only in a footnote do the authors mention that based on a study from 2011 the engine production for the Diesel engine is more CO2 intensive (0.8tCO2) than the electric car engine (0.3tCo2), without the battery. They exclude any potential wear and tear replacement. This is potentially only a marginal emission effect on the full life-cycle emissions of a car. For the sake of completeness this should not have been ignored.

While CO2 is an important aspect when considering the transition from ICE to electric drive trains, it is not the only one. The focus of the Ifo study excludes a large chunk of the debate. Indeed, most of current issues in Germany revolving around Diesel bans are not targeted at CO2, but other harmful emissions, such as NOx and SOx, and their dangerous effects on human health. Beyond the ever improving CO2 impact of EVs, a key argument in their favour is the lack of any direct emissions of fine particles and reduced noise pollution.

At the production site, the environmental effects of fossil fuel industry need to be accounted for as well; from the drilling itself, and the effects of oil spills on the affected biospheres. Such spill exists in different magnitudes, from heavy oil leaking from ships, to oil tanker accidents, and of course major blow outs, such as the Deepwater Horizon incident.

At the same time, it is crucial not to forget the negative impacts of battery production. EV batteries are predominantly Lithium-ion batteries, which use Lithium, Cobalt, Nickel, and Graphite. The increasing demand in EVs has shed a light on the origin and mining process of the raw materials used for batteries, which happen at a high human and environmental cost. Child labour, terrible working conditions, pollution and environmental damage are happening due to the blooming demand in batteries for smartphones, other electric devices and also electric vehicles. Luckily, affected companies and policy makers are well-aware of this issue and are already launching initiatives to better the situation. The Global Battery Alliance, for instance, is aiming to “to clean up supply chains and re-use battery waste”. On an EU-level, the commission has brought the European Battery Alliance into being to “create a competitive manufacturing value chain in Europe with sustainable battery cells at its core.” Volkswagen and Northvolt are cooperating in the frame of a European Battery Union, which aims to push forward the development of EU battery production for electric cars. BMW, BASF and Samsung is working with the German Development Agency (GIZ) for the responsible sourcing of cobalt from the Democratic Republic of Congo, looking to improve the conditions of local miners and their families.

Furthermore, the EU is planning to revise its Battery Directive, dating from 2006, which was implemented before the widespread use of electric vehicles. The EU will need to ensure that the upcoming revision sufficiently addresses the ethical and environmental impacts of battery production and the sourcing of raw materials, without imposing a legislative burden which discourages the uptake of electric vehicles and the subsequent decarbonisation of the transport sector. Ensuring batteries do not face unfavourable treatment compared to oil extraction activities is important.

The rising demand in raw materials for batteries is unlikely to hinder the transition to electro-mobility at the moment, as resources remain available. Therefore, such initiatives are crucial to ensure a sustainable and worker-friendly battery production chain. Nevertheless, working to recycle and reuse batteries at the end of their useable lives is equally important.

Step 4: What are the consequences?

“Diesel cars are cleaner than EVs”

Overall, the past years have again and again brought about studies that go through a lot of effort to show that electric cars can be less clean than believed, or even compared to the most modern internal combustion engines. Most of these studies fail to withstand basic scientific tests for robustness – which can also be said about the current Ifo study. EVs and their battery production are not without issue, yet as we continue to decarbonise Europe´s power generation, EVs carbon footprint will only fall. To conclude with a to-the-point summary statement from car expert Auke Hoekestra´s study on the issue of EV emissions: “EVs only emit more CO2 if you make unrealistically negative assumptions for battery production, battery life and electricity mix while making unrealistically positive assumption about diesel consumption.” 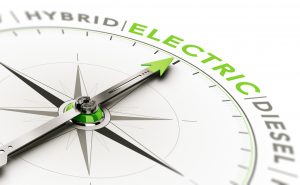 This has been a 3-part series on how to identify greenwashing. The full series is available here.