Vis menyen
Bellona.org > Latest News > Climate change > The challenge ahead of us grows every day we fail to cut emissions

Today’s IPCC AR6 WG III report outlines the actions we must take to minimise the effects of the ongoing climate crisis. It is a stark reminder that immediate and transformative action must be undertaken now, even in the face of other crises. This requires massive mobilisation of funds to rapidly and radically cut emissions with additional efforts to remove CO2 from the atmosphere.

Published on April 4, 2022 by Bellona Europa 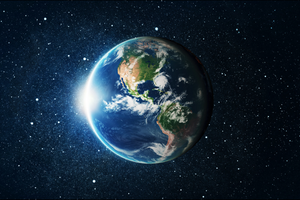 Today’s IPCC AR6 WG III report outlines the actions we must take to minimise the effects of the ongoing climate crisis. It is a stark reminder that immediate and transformative action must be undertaken now, even in the face of other crises. This requires massive mobilisation of funds to rapidly and radically cut emissions with additional efforts to remove CO2 from the atmosphere.

A core point to keep in mind is that the pathways produced in this report are reflections on how the world can reach net-zero emissions based on various broad assumptions and economic metrics, not prescriptive mandates on how it should or will happen. We must use the information published today to reflect and act accordingly on the differences between where we are now and where the IPCC sees us going in the coming decades.

“Regardless of the content of the pathways, reducing emissions today is more important than thinking about how to reduce emissions tomorrow” said Keith Whiriskey, Deputy Director of Bellona Europa.

Put the brakes on emissions now

Making sure the right action is taken and prioritised will be the key to mitigating climate change. First and foremost, efforts should be focused on massively reducing emissions. This can be done through an array of tools that are either already available at scale, or require additional policy and funding support to develop at the rate needed. However, despite calling on this for the better part of three decades, global emissions show no signs of reducing, with the exception of short-lived punctual deviations due to economic downturns such as the global pandemic.

“First and foremost, efforts should be focused on massively reducing emissions. This requires massive mobilisation of funds to rapidly and radically cut emissions with additional efforts to remove CO2 from the atmosphere.” said Lina Strandvåg Nagell, Sustainable Finance & Economy Manager at Bellona Europa. 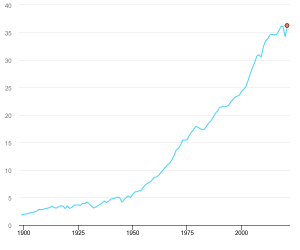 The most efficient and accessible way to reduce emissions is to electrify where possible, and to do so with renewable electricity. That implies massive ramping up of renewable electricity production and clear political choices by decision-makers to opt for solutions like heat pumps and EVs.

Where electrification is not an option, other tools can provide reduction of emissions, like hydrogen. To ensure that the electricity-intensive hydrogen production does not cannibalise renewable electricity demand, additionality is key: new electrolysers should run on additional renewable electricity and not off the grid, which would risk pushing power-generation back towards fossil fuels. Where green hydrogen from additional renewable electricity is not an option, blue hydrogen should be deployed; but only when at least 90% of the carbon dioxide emissions are captured and stored and upstream methane emissions are minimal, meaning that the climate effects are mitigated. In parallel, the necessary hydrogen infrastructure needs to be developed in a targeted way. Broadly, the use of unabated fossil fuels must be phased out as soon as possible.

This brings us to carbon capture and storage (CCS), which is an essential element of reducing emissions in crucial-to-abate sectors: typically, industries that by the very nature of their processes, like the cement industry, will need CCS to move towards carbon neutrality, for lack of alternatives like electrification or use of hydrogen.

Solutions like these already exist, and the European Union has been investing in new project through the Innovation Fund (more recently here). However, existing projects require further funding, while fossil fuel subsidies should be phased out immediately to ensure the right incentives are put into place.

While steep emission reductions should remain a priority to combat climate change, Carbon Dioxide Removal (CDR) will also play a role in reaching our climate targets, and more so each year we fail to reduce emissions at a sufficient pace. Even with sufficient reductions, it is likely that CDR will be necessary to balance out residual emissions from sectors which cannot reach zero emissions.

The quantity of CDR that is required to globally reach net-zero emissions is a controversial but essential question that remains unanswered, even after today’s report. A core issue is that the modelling published today by the IPCC show us how much CO2 we must remove to make up emission gap resulting from the failure to reduce emissions in the past decades. However, this approach does not fully consider the potential constraints to the deployment of negative emissions and therefore overstates their realistic ability to contribute to reaching net-zero. The NEGEM project, which Bellona contributes to, is seeking to provide more clarity to this question by filtering the theoretical potential of carbon removal through various lenses, such as planetary boundaries, techno-economic constraints, and social acceptance.

Despite the continued acknowledgement that some removals will be needed by the IPCC and policymakers, there is no global officially accepted definition of what ‘Carbon Dioxide Removal’ technically means nor how it should be governed. This is despite the fact that Carbon Dioxide Removal is the ‘net’ in ‘net-zero’ and therefore underpins the climate plans of each and every ‘net-zero’ target. Failing to define CDR and establish a robust monitoring and reporting framework will leave a gap for false solutions and dubious accounting, further jeopardising climate action.

There are four principles to CDR that must be considered to ensure that these technologies contribute to climate action and indeed result in carbon dioxide removals1:

Along with a clear distinction between reductions and removals – capturing and storing fossil and atmospheric CO2 respectively – it is also necessary to distinguish CDR approaches based on their permanence, meaning the likelihood that the storage will be permanent, and the emissions associated with the CDR approach. Concretely, the deployment of CDR should result in a reduction in the atmospheric concentration of CO2.

“What this report makes clear is that the growing reliance on negative emissions is a result of years of inaction. Removing CO2 will not save us on its own, but paired with massive emission reductions it just might.” said Mark Preston Aragonès, Policy Advisor at Bellona Europa.

This requires CDR to be incentivised separately to emission reductions to ensure that both proceed and develop in parallel to each other, thereby accelerating climate mitigation rather than delaying it. CDR approaches should be funded through instruments such as the Innovation Fund and should not be included into carbon markets or incentivised on a large scale until a standardised, transparent and robust methodology for their definition, monitoring, verification and reporting is set up.

To radically reduce emissions, it is critically important to develop and deploy the relevant infrastructure which can enable a rapid decarbonisation of the global economy. The use of direct electrification and the need to deploy vast amounts of additional renewable energy requires a substantial reinforcement of electricity grids. For sectors of the economy unable to rely on direct or indirect electrification, such as cement, steel and chemicals, it will also be critically important to build an open-access and cross border CO2 transport and storage network. Both of these infrastructural efforts are needed and must complement each other.

Net-zero plans must be clarified, with robust and transparent greenhouse gas accounting reflecting real data and physical changes to the atmospheric concentration of GHGs. Sources of CO2 must be differentiated, as should the storage of CO2, where relevant. Critically, the upstream and downstream emissions associated with products and processes must be handled, especially in light of growing greenwashing attempts which regularly misrepresent the true climate impact of economic activities.

“Given the challenge ahead of us, it’s clear that we need to use a broad portfolio of climate solutions that we have at our disposal”, said Ana Šerdoner, Industry Policy Manager at Bellona Europa.

In short, we need a:

Solutions that should be included to mitigate climate change