How much Carbon Dioxide can we actually remove from the atmosphere?

The lack of knowledge around what negative emissions are and are not and how much we can actually deploy, is spurring a wave of confusion and reliance on technologies and processes which are not fully understood. Through a EU Horizon 2020 project, Bellona Europa will work with institutions and universities to assess the real potential of Carbon Dioxide Removal and how its deployment should be managed. 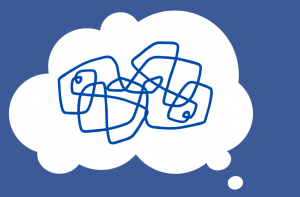 The lack of knowledge around what negative emissions are and are not and how much we can actually deploy, is spurring a wave of confusion and reliance on technologies and processes which are not fully understood. Through an EU Horizon 2020 project, Bellona Europa will work with world-leading research institutions and universities to assess the real potential of Carbon Dioxide Removal and how its deployment should be managed.

The EU Green Deal calls for a review of the EU’s climate targets, aiming for Net-Zero by 2050. The Impact Assessment which underlies this proposal, known as the ‘Long-Term Strategy’, relies on the inclusion of negative emissions to a significant extent. Bellona Europa identifies the lack of understanding of “negative emissions” as an obstacle to the deployment effective policies with correct subsidy allocations. As a first step, Bellona Europa calls for clear labelling and a robust definition of Carbon Dioxide Removal for it to support EU climate action.

Carbon Dioxide Removal (CDR) is quickly entering EU climate policy discussions. The problem with not having a definition for CDR is that anyone or any initiative can claim to be a negative emissions project without having anything to compare it to. “Negative emissions is when you take carbon dioxide out of the atmosphere and you put it somewhere else in a manner that is intended to be permanent and do so in a climate relevant timeline. We’re seeing a lot of discussions about negative emissions where this simple consideration isn’t taken into account and that’s damaging the conversation.” said Mark Preston Aragones, Policy Advisor at Bellona Europa .

Today negative emissions technologies and practices (NETPs) are featured in most climate models that comply with 1.5°C and 2°C targets, however they are still not very well understood. Carbon Dioxide Removal (CDR) is highly diverse and comprises different practices and technologies such as (but not limited to): reforesting lands to store carbon in soil and trees, changing farming practices, making and using biochar in agricultural lands, combining biomass with Carbon Capture and Storage for industrial purposes, or capturing carbon dioxide directly from the air and storing it geologically. “If you do not store the carbon that you have captured from the atmosphere, one cannot consider it as Carbon Dioxide Removal. Making plastics or fuels from atmospheric carbon cannot be branded as negative emissions as the plastic is unlikely to store the carbon for decades or centuries and the fuel is made so it can be burned, re-emitting the carbon within the week”, continued Mark Preston Aragones.

Many processes and consequently products are now branded and labelled as carbon neutral or carbon negative and the overall public might get tricked into believing this is true. But the truth is that various stakeholders may want the definition of Carbon Dioxide Removal to be as vague and weak as possible, in order to receive subsidies while failing to permanently remove CO2 from the atmosphere. This is why Bellona is working to implement a robust definition of Carbon Dioxide Removal.

Since early June, Bellona Europa is participating in the EU Horizon 2020 project “NEGEM”, which will quantify and assess the feasibility and the realistic potential of carbon dioxide removal, and its role in mitigating climate change. The NEGEM analysis will feed into a comprehensive framework with guidance on how to create, select, analyse and disseminate pathways with NETPs. This framework will be used to identify a set of pathways to achieve climate neutrality, which helps lay the basis for the medium-to-long term vision needed to support EU’s endeavours to implement the PA within the context of relevant SDGs. The research project will help address and demystify whether an overreliance on CDR is actually in place (and how much overreliance there may be), hence creating a framework for viable and robust policy design. “If we believe we have an unlimited potential to apply Carbon Dioxide Removal technologies it will lead into a very different policy design than if we consider CDR to be rare – and that should be reflected in the design of the future EU policies. If we get the policy wrong, we won’t be effective in mitigating climate change.” said Keith Whiriskey, Deputy Director at Bellona Europa. “There is a very fine line when it comes to dealing with CDR which is that on one hand it is an opportunity for us to fix past mistakes, we can remove historical emissions of CO2, but on the other hand there is a risk that people can see it as an opportunity to not do anything today because we have a way to remove emissions tomorrow,” he continued.

Find out more about the NEGEM project on our page.