The leaked EU Sustainable Finance Taxonomy proposal for a complementary Delegated Act sets out the role of fossil gas, two devastating scenarios emerge – both a far cry from net-zero by 2050.

Published on January 5, 2022 by Bellona Europa 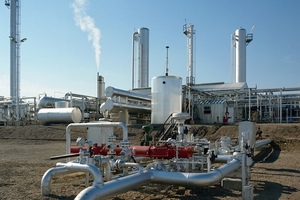 The leaked EU Sustainable Finance Taxonomy proposal for a complementary Delegated Act sets out the role of fossil gas, two devastating scenarios emerge – both a far cry from net-zero by 2050.

Either, fossil gas investments today will divert hydrogen from where it is most needed, industry and harder-to-abate sectors, while cannibalising vast amounts of renewable electricity better used directly. Or, “sustainable investments” will go to gas power plants with lofty plans and commitments for future conversion into undefined renewable and low-carbon gases, never to be realized. The latter seems the most likely, given the vast efficiency loss present at conversion: a taxonomy compliant gas power plant using 100% renewable hydrogen would consume 2.8 times the electricity it would produce.

This is the result of the leaked proposal introducing several exemptions to the 100g CO₂ e/kWh threshold, in contrast to the recommendations of the European Commission’s own expert group.  This 100g threshold is the 2020 to 2050 average value of power generation emissions enabling the EU to reach climate neutrality by 2050 in line with the 2018 IPCC report recommendations.

As a justification for introduced loopholes for gas, and gas-specific exemptions to the technology neutrality principle, the Commission heavily relies on proposed shifts to renewable and low-carbon gases. Neither defined in the proposal1. Making it possible for gas power plants, replacing an existing high emitting facility, built until 2030 to claim net-zero compliance if they can in the future be fuelled by renewable gas (such as green hydrogen) or low-carbon gases. 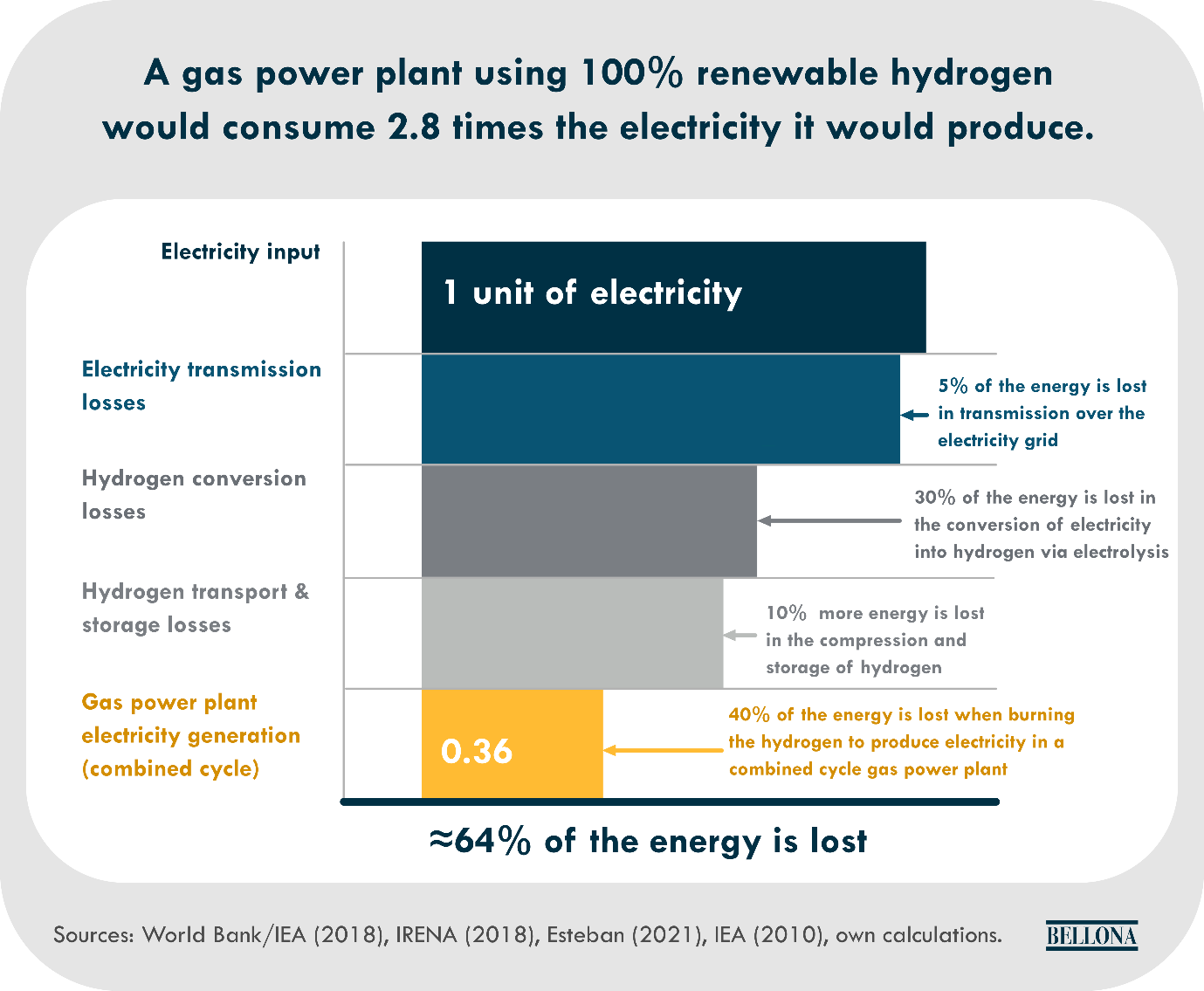 This is the recipe for a greenwashing disaster, and as shown by Bellona Europa’s own calculations, would incentivize inefficient use of a valuable resource: renewables. In fact, the proposal risks gas power plants becoming a black hole for renewable energy, more efficiently used elsewhere. A far cry from the Taxonomy’s intended role: setting the gold standard for sustainability.

Additionally, the proposal does not introduce claw-back mechanisms or consequences for lofty plans or commitments for shifts to low-carbon or renewable gases not realized – leaving investors in the dark. If approved, this would be a massive blow to the credibility of the Taxonomy, made worse by the European Commission’s failure to launch a public consultation taking into consideration feedback from markets, civil society and stakeholders.

The potential consequences of these planned shifts to renewable gases, if they indeed take place, is in itself concerning. With an average efficiency loss of 64% when converting electricity to green hydrogen, a gas power plant using 100% renewable hydrogen would consume 2.8 times the electricity it would produce. This is an efficiency loss we simply cannot afford.

If approved, the leaked proposal would use a promised and improbable future fuel shift as a justification to allow fossil gas investments today. If such a fuel switch did materialise it would result in huge wasted amounts of renewable electricity. If the shift does not materialise, which seems likely, fossil gas will continue to increase the concentration of CO₂ in the atmosphere. Neither scenario is acceptable, unabated fossil gas remains not in line with the path to climate neutrality by 2050. The current proposal turns the Taxonomy into a tool for greenwashing, rather than its solution.

Explainer: How a gas power plant using 100% renewable hydrogen would consume 2.8 times the electricity it would produce