Bellona supports the enhanced ambition of the Commission for speeding up permitting granting for renewables in the EU. However, the full potential of this strategy can be achieved by supporting Member States with the ensuring enough staff is available to ensure the permitting process is dealt within deadlines without compromising the quality of environmental impact assessments, and creating a systematic support for offshore wind such as the one foreseen for rooftop PV. 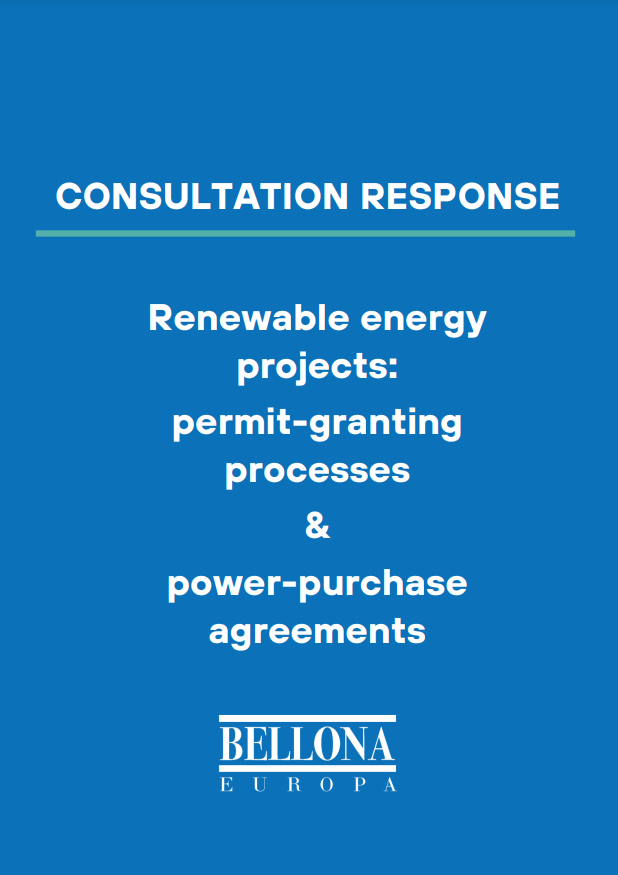 Bellona welcomes the initiative of the Commission to propose a further revision of the Renewable Energy Directive (RED), the Energy Performance of Buildings Directive (EPBD) and the Energy Efficiency Directive (EED) in light of the REPowerEU communication that followed the geopolitical development following the Russian invasion of Ukraine. We welcome the possibility to comment on these adjustments to key policies of the Fitfor55 Package through this consultation process.

Bellona supports this enhanced ambition. However, we believe that national binding targets should also be adopted within the EED in order to ensure that concrete actions happen at Member State level. For this reason, we strongly support the adoption by the ITRE committee of the joint amendment to article 4 tabled by EPP, S&D, RE and Greens/EFA introducing the requirement for Member States to set such targets.

Moreover, the proposal widely revises the permitting procedures for both renewable generation and grid deployment. Bellona recently called for several actions to improve permitting in Europe. The proposal from the Commission not only addresses most of the actions we called for, but it also goes beyond some of our original asks.

Overall, Bellona supports the proposal of the European Commission to speed up permitting and increase the ambition for renewable and energy efficiency targets in light of the current geopolitical situation and addressing the climate emergency.

The proposal is particularly valuable when it comes to the introduction of go-to areas, creation of single contact points responsible for ensuring that the deadlines of the permitting procedures are met, and the transition to a fully digitalised system. Some of the provisions in the text, however, could be more ambitious by making sure that the needs for renewable electricity generation for electrolytic hydrogen production are met and that rooftop solar PV is progressively deployed on all new and existing buildings.

Finally, the proposal falls short on two important topics: supporting Member States with the ensuring enough staff is available to ensure the permitting process is dealt within deadlines without compromising the quality of environmental impact assessments, and creating a systematic support for offshore wind such as the one foreseen for rooftop PV.

Bellona’s policy recommendations to achieve the full potential of an already well-devised strategy are the following: 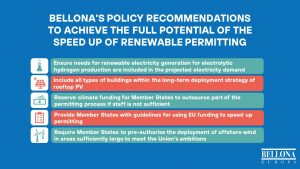