Russian scientists have embarked on a mission to the Komsomolets, a Soviet nuclear submarine that sank 32 years ago during an onboard fire off Norway’s northern coast, killing 41, in a bid to determine whether the wreck presents threats to the undersea environment. 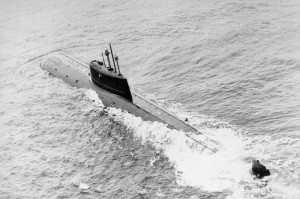 Russian scientists have embarked on a mission to the Komsomolets, a Soviet nuclear submarine that sank 32 years ago during an onboard fire off Norway’s northern coast, killing 41, in a bid to determine whether the wreck presents threats to the undersea environment.

The voyage comes at a time of heightened concern over Soviet-era submarines that sank by accident, or were intentionally scuttled, in Arctic waters during the Cold War. Bellona has urged the eight-country Arctic Council, now convening under Russia’s two-year chairmanship, to address raising those subs, as well as dozens of other pieces of highly radioactive debris abandoned by the Soviet Navy at sea.

On Sunday, according to the Barents Observer, Russia’s foreign ministry issued an invitation to its Arctic Council counterparts to a conference scheduled for June 2022, where experts are expected to hash out next steps in retrieving that waste.

The Komsomolets – once the most advanced nuclear submarine in the Soviet Navy – was carrying two plutonium warheads when it went down on April 7, 1989. Those now lie at a depth of 1,680 meters with the rest of the sub’s wreckage and pose ongoing worries about radioactive leakage at the bottom of the Norwegian Sea.

But plutonium isn’t the only concern. The submarine’s reactor, loaded with nuclear fuel, produces other radioactive isotopes like cesium 137 and strontium 90.

Leakage from the wreck – though deeply submerged and unlikely to contaminate fish stocks – has been detected on previous missions Russia and Norway have undertaken since the Komsomolets went down.  In 2019, a joint expedition launched by the two countries discovered the leakage directly around the submarine’s hull had increased slightly over levels measured in 1998 and 2007.

The current expedition will take more water samples and pluck up seabed sediments that the scientists will analyze once back in port, the Barents Observer reported, citing Rosgidromet. The mission is expected to return on June 5.

The Komsomolets put to sea in 1984, at a time when the Cold War had grown especially chilly. Advanced automated systems allowed for the sub to be operated by a relatively small crew of 69.

But what the sub lacked in crew members it made up for in firepower and stealth. Designed to go deeper than any other submarine in the world, the Komsomolets’ titanium hull could largely evade American detection – spurring a frenzy of submarine development in the US. 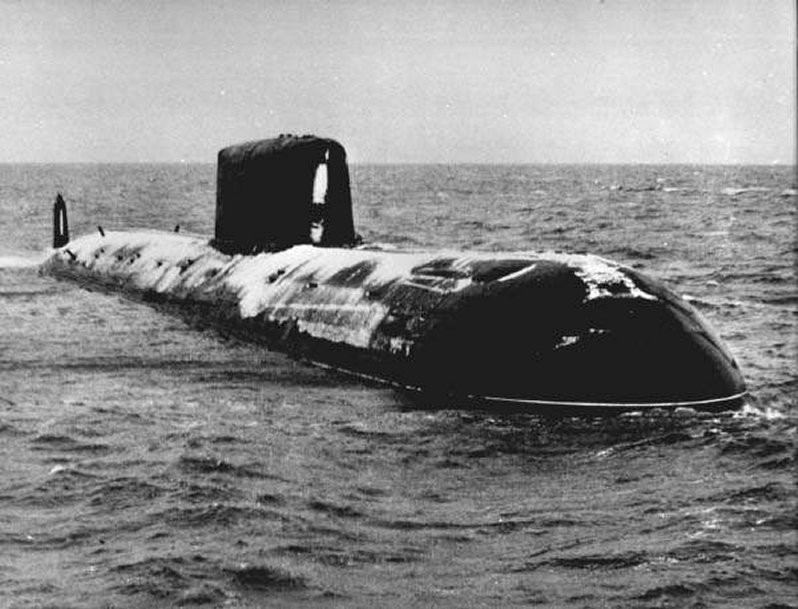 Yet while the Komsomolets began as a clear a symbol of the Soviet Union’s military might, it came to be one of the first signs of its undoing. At the time of the sinking, Glasnost reforms under Mikhail Gorbachev had taken firm root – and a catastrophe the Soviet Navy might earlier have hushed up was front-page fare in popular Russian newspapers like Komsmolskaya Pravda and Sovietskaya Rossiya.

The minute-by-minute details of the wreck, as related in a public account by the CIA, were harrowing. The disaster began at 11:03 on that April 7, while the Komsomolets was sailing at a depth of 386 meters, when, suddenly, high-pressure air hoses connected to the submarine’s ballast tank burst their seal.

The hoses, driven by a frenzy of spraying air, damaged an oil containment and sparked a flash fire in the submarine’s oxygen rich air. The expanding blaze tripped the reactor’s emergency shutdown and caused a loss of power in the submarine’s hydraulic system – leaving the sub immobile and powerless.

In order to surface from the depths, the captain was forced to blow the main ballast tanks. Struggling upward, the Komsomolets managed to send its first encoded SOS to headquarters by 11:14.

But surfacing did not save the vessel. Belowdecks, the fire spread through cableways, engulfing all the aft compartments and heating them to more than 1,000 degrees Celsius. The rubber coating around the hull designed to muffle detection began to melt off in strips.

The captain ordered all sailors not engaged in damage control topside. Those fighting to save the ship donned masks from the vessel’s emergency breathing system. But the loss of pressurized air from the aft compartment caused an influx of carbon monoxide into the masks, and many of the men dizzied and lost consciousness. Those that remained standing were then forced to fight the fire without masks in a cloud of smoke.

Soon, the vessel began to sink again. While much of the crew had evacuated to the deck, six, including the captain, remained below. By 16:30, they were forced to abandon their struggle to keep the sub aloft. The sub was taking on water and they attempted to flee the via the sub’s unique escape pod.

But the pod initially failed to bear them away. A flaw in the system kept it riveted to the submarine’s conning tower. Finally, an explosion rocked the vessel and shook the pod free, sending it hurtling upward to the surface. Once there, the hatch blew off. But only one sailor managed to escape. The capsule flooded in rough seas, and the other five crewmen aboard, including the captain, perished.

Despite the hours that passed after the initial distress call, the Soviet Navy limped through its rescue response, first dropping a number of rafts from the air. But those rafts turned out to be too few. One raft from the sub itself capsized. Another raft sank with the sub. A number of sailors clung to a larger raft, but soon the cold waters began to take their toll.

It finally took a fishing vessel to rescue the crewmen who remained. At 18:00, the Aleksandr Khloystsov arrived at the site of the accident and plucked 30 men out of the sea. But by that time, 39 had already perished of hypothermia in the cold Norwegian Sea. Three more later died of smoke inhalation.

Cleaning up the radioactive legacy

Within the framework of the Arctic Council, Russia is making a major effort to open up about this past. While raising the Komsomolets from its watery grave may never be possible, Moscow is aiming to retrieve other hazards that pose even more serious risks to the undersea environment.

Chief among these are the K-159 and the K-27, both of which were submerged while their reactors still contained their nuclear fuel. Also of concern, according Nuclear Safety Institute of the Russian Academy of Sciences, or IBRAE, are the nuclear reactor from the K-140 submarine, five reactor compartments from other nuclear submarines, as well as the screen assembly from the Lenin nuclear icebreaker.

It is these objects, IBRAE says, that contain 90 percent of the radioactivity of the 18,000 pieces of radioactive debris that Moscow has admitted to scuttling in the Arctic. The Russian government has set itself the priority of retrieving these objects from the depths by 2030. But Russian authorities and Bellona are clear that such a goal will require significant international cooperation from among the nations of the Arctic Council.