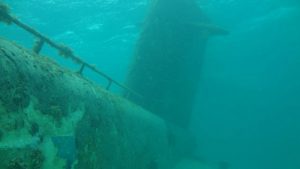 In a letter to council members sent this week, Bellona wrote that it “sincerely believes that the period of the Russian Federation’s chairmanship of the Arctic Council can and should become a new stage in fruitful cooperation between the Arctic countries to bring the Arctic seas to a safe condition.”

The organization wrote further that recovering and disposing of radiation hazards and nuclear submarines dumped in the waters surrounding the North Pole would be “not only to Russia’s benefit, but the benefit of all participating countries” that make up the eight-nation council.

To accomplish this, Bellona urges the Council to adopt what it calls the “Safe Arctic Waters,” project, which would facilitate engineering surveys of the seabed where the hazardous objects lie, as well as galvanize international funding and expertise around its retrieval.

Between 1959 and 1992, the Soviet Union carried out some 80 missions to sink nuclear and radiation hazards in Arctic waters. In total, some 18,000 objects considered to be radioactive waste were plunged into the depths. Among them are two entire nuclear submarines – the K-159 and the K-27 – as well as submarine reactor compartments, solid radioactive waste, as well as old metal structures and radioactive equipment.

Chief among these are the K-159 and the K-27, both of which were submerged while their reactors still contained their nuclear fuel.

Also of concern, according to IBRAE, are the nuclear reactor from the K-140 submarine, five reactor compartments from other nuclear submarines, as well as the screen assembly from the Lenin nuclear icebreaker.

The K-159, in particular, lies in the midst of fertile international fishing waters in the Barents Sea. Should a serious breach in the vessel’s sunken reactors occur, Russian experts estimate that fishing would be banned in the area for at least a month, costing the Russian and Norwegian economies about $120 million. That’s just slightly less than most estimates for raising the vessel.

Unlike the K-159, which sank accidentally, the K-27 was scuttled intentionally. Launched in 1962, the K-27 suffered a radiation leak in one of its experimental liquid-metal cooled reactors after just three days at sea. Over the next 10 years, various attempts were made to repair or replace the reactors, but in 1979, the navy gave up and decommissioned the vessel.

Too radioactive to be dismantled conventionally, the Soviet Navy towed the K-27 to the Arctic Novaya Zemlya nuclear testing range in 1982 and scuttled it in one of the archipelago’s fjords at a depth of about 30 meters. The sub’s reactor compartment was filled with a special solidifying mixture of furfuryl alcohol and asphalt to secure its reactor and was dumped, leaving the hatch of the reactor compartment open.

That fix won’t last forever. The asphalt was only estimated to stave off contamination until approximately 2032. Worse still is that the K-27’s reactors could be in danger of generating an uncontrolled nuclear chain reaction, prompting many experts to demand it be retrieved first.

The Russian government has set itself the priority of retrieving these objects from the depths by 2030. But Russian authorities and Bellona are clear that such a goal will require significant international cooperation from among the nations of the Arctic Council.

Bellona is hopeful that a spirit of cooperation will prevail and coalesce around addressing these threats. In many ways, the mechanics of such cooperation are already familiar.

Since the early 2000s, massive projects to decommission Soviet-era nuclear submarines have been ongoing with the assistance of numerous western partners. Moscow has shared information about these radioactive hazards with nations of the G-7 and has worked with the European Bank of Reconstruction and Development and other donors to tackle them.

This international cooperation has brought significant results. Military bases have been cleared of most radioactive contamination and nearly 200 rusted-out nuclear submarines have been safely dismantled, as a review of the last 25 years of Bellona’s work clearly shows.

Today, Russia has the necessary infrastructure to deal with whatever discarded radiation hazards are brought to the surface of Arctic waters. And while Russia has no vessels capable of such undersea rescues, the international partners it has developed while cleaning up other components of the Soviet nuclear legacy certainly do.

As Russia assumes the chairmanship of the Arctic Council, we urge the community to rally around the retrieval of these radiation hazards, and their subsequent safe storage.