MEPs vote for higher renewable energy and hydrogen targets: the vote talks the talk, but can they walk the walk?

Yesterday, the Industry, Research and Energy (ITRE) committee voted on the Renewable Energy Directive (REDIII). Bellona has keenly followed the development of the revision of the Directive, particularly related to renewable fuels of non-biological origin (RFNBOs) and recycled carbon fuels (RCFs). The MEPs increased the ambition level, but the final climate impact will come down to the expedited deployment of the additional wind and solar needed to achieve the targets. 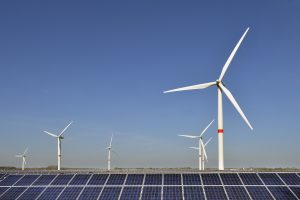 Yesterday, the Industry, Research and Energy (ITRE) committee voted on the Renewable Energy Directive (RED III). Bellona has keenly followed the development of the revision of the Directive, particularly related to renewable fuels of non-biological origin (RFNBOs) and recycled carbon fuels (RCFs).

The ITRE MEPs agreed to raise ambitions regarding renewable energy penetration by supporting a 45% target for renewables by 2030, a significant increase from the initial 32% initially proposed.

“Our vote demonstrates strong support for the increased 2030 target of 45%. At the same time, we confirm the need for more cross-border cooperation to expand renewable energy deployment and call for a diversified import strategy for hydrogen,” says Markus Pieper (EPP), the rapporteur  MEP on the Renewable Energy Directive.

The increased target for renewables is a positive step toward the EU’s climate goals. However, a high target represents a significant challenge and its success will depend on the implementation on the ground. Facilitating the achievement of this target requires a straightforward and fast permitting process, in line with the Commission’s proposal on permitting within the REPowerEU plan.

Bellona identified 7 key steps to remove the permitting bottleneck and allow the uptake of new renewable electricity generation at a higher pace.

This will only contribute to significant emission reductions if the targets are met with RFNBOs produced with additional renewables. The development of the delegated act outlining the rules for using electricity for hydrogen production will also be a crucial piece of the puzzle.

‘’The expansion of renewable targets proposed by the Commission and backed by the vote in ITRE sets Europe on the right path to address both climate and security challenges,” said Marta Lovisolo, Policy Advisor for Renewable Energy Systems. ”However, with the increase of renewable hydrogen targets, it is more essential than ever to ensure that they are backed by additional deployment of renewables, to ensure a real change of direction and not just a repackaging of fossil-based energies.’’

A positive addition to the draft revised Directive is the prioritisation of the use of RFNBO fuels in sectors that truly have no option for electrification. Targeted use of these scarce fuels in sectors such as shipping will be a key element of the efficient use of energy (and energy carriers) in Europe.

Fuels of fossil origin are still included: their climate impact will need to be fully recorded by the methodology in the delegated acts

Recycled carbon fuels (RCFs), defined as fuels produced from waste streams of non-renewable origin, are unfortunately still a part of the Directive. Their inclusion will not significantly contribute to climate action as the processing and refining of waste into fuels ultimately results in additional CO2 emissions to the atmosphere and is incompatible with climate neutrality and the EU’s climate goals. The delegated act outlining the methodology for the calculation of the climate impact of RCFs must ensure that their full climate impact is accounted for.