The European Commission published its REPowerEU package today, meant to wean Europe off Russian gas. In this package, hydrogen is predominant. Bellona Europa has worked tirelessly these past years on ensuring that hydrogen is not a goal in itself but a tool for climate mitigation, used where it is most efficient and needed, and produced only from additional renewable electricity. Today’s package is not good news: neither for the climate, nor for ending Russian gas imports. 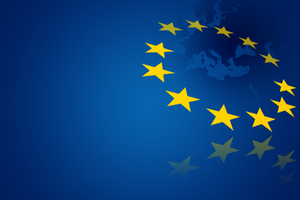 Scaling up hydrogen – for what, and at what cost?

The European Commission published its REPowerEU package today, meant to wean Europe off Russian gas. In this package, hydrogen is predominant. Bellona Europa has worked tirelessly these past years on ensuring that hydrogen is not a goal in itself but a tool for climate mitigation, used where it is most efficient and needed, and produced only from additional renewable electricity. Today’s package is not good news: neither for the climate, nor for ending Russian gas imports.

No ‘green’ hydrogen without additionality

Without the principle of additionality—which establishes that for hydrogen production to be considered ‘green’, new renewables must be built to cover the electricity needed—the EU hydrogen targets stand to cannibalise the renewables meant to decarbonise our electricity grids (as shown in our publication on Cannibalising the Energiewende). That means all other electricity consumers revert to carbon-intensive alternatives, not least fossil gas, with no incentive to boost renewable electricity sources to the level needed.

A long announced and delayed Delegated Act for the EU Renewable Energy Directive that should define what can be deemed ‘green’ hydrogen remains unpublished today, despite all EU targets and ambition in this space (update: these texts have since been published and Bellona’s statement on these is here). The Commission is said to be doing some last-minute shuffling in the latest texts, which is an incredibly worrying sign: the first Delegated Act versions were promising but were systematically watered down with each new iteration.

This potential weakening of ‘green’ hydrogen criteria is a direct threat to any serious climate ambition, and an open door to keeping dependency on fossil fuels—not least retain or even increase gas demand, which REPowerEU was supposed to cut—to answer the vastly increased electricity demand from electrolysers. Grid-connected electrolysers would increase emissions and gas demand in nearly every EU Member State today. The additional renewable electricity generation needed for the 123 GW of electrolyser capacity needed to meet the 10 million tons hydrogen production target, must be clearly calculated and mandated to reach these targets.

Prioritising renewable electricity deployment, grid expansion and direct electrification over hydrogen would be a far more efficient way to reduce fossil gas import (as shown in our REPowerEU publication). Although it announces an acceleration of heat pump installations and solar electricity generation, the hype-like hydrogen focus stops the Commission from placing energy efficiency first.

The Commission is aware that Europe will not be able to produce the necessary renewable energy to deliver on its hydrogen ambitions on time; some 10Mton of hydrogen is set to be imported from outside the Union, without a clear plan. Aside from the geopolitical aspect of such new dependency, this should at all costs be accompanied with a solid certification scheme to ensure hydrogen production for the EU market does not simply displace emissions, and that the same rules apply to these markets as for EU producers. Additionality is key also here, to ensure local populations are not disadvantaged by the local production of hydrogen for a foreign market.

In addition to the electric heat pump and solar ambitions, some good news from the REPowerEU package is to be found: a key bottleneck to increasing renewable energy production is permitting. The Commission has proposed a change to the Renewable Energy Directive to speed up permitting, creating a binding framework. Of the 7 recommendations on permitting simplification by Bellona Europa, only one is lacking in the proposal: to ensure more information is disseminated to ensure local support for the measures.

Forcing Member States to allocate geographical zones of development with clear deadlines is an excellent approach to ensure that a boost in renewable generation can take place. Some Member States already have similar systems in place, which are proving to be efficient.

Bellona Europa Director Jonas Helseth said: “Without a basic principle like additionality, electrolysers will be plugging into the main grid, producing ‘green’ hydrogen that is more carbon intensive than current fossil gas derived ‘grey’ hydrogen.” He added: “Delaying the definitions in the Delegated Act while continuing to increase its ambition for ‘green’ hydrogen puts at risk the entire EU climate ambition. Getting this wrong will increase, not decrease EU dependency on Russian gas, and increase consumer costs and energy poverty even further”

Bellona Europa is an independent, non-profit organisation that meets environmental and climate challenges head on. We are result-oriented and have a comprehensive and cross-sectoral approach to assess the economics, climate impacts and technical feasibility of necessary climate solutions. To do this, we work with civil society, academia, governments and industries.