For the past two months, Taina Peltonoen, a master’s degree student in environmental policy from Finland’s Tampere University, has worked as an intern at Bellona’s Murmansk office. While she was here she taught high school classes on environmental issues – offering her a unique view into what, if anything, Russian teenagers are thinking about these issue. 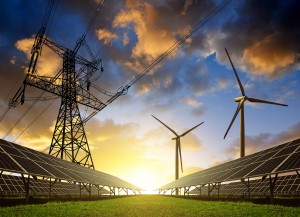 For the past two months, Taina Peltonoen, a master’s degree student in environmental policy from Finland’s Tampere University, has worked as an intern at Bellona’s Murmansk office. While she was here she taught high school classes on environmental issues – offering her a unique view into what, if anything, Russian teenagers are thinking about these issue.

Unlike other young people around the world, Russian teenagers haven’t followed the example of Greta Thunberg, the Swedish teenager who cut class on a weekly basis last year to stage sit-ins outside Sweden’s Parliament, demanding politicians finally do something about climate change. Her actions inspired kids around the world to follow her example.

But there have been no class walkouts in Murmansk, no solitary stands in front of government buildings, no grassroots protests among the young demanding that the adults at the levers of power do something for the climate they are destroying. In fact, most of the school kids Peltonen taught in Murmansk hadn’t even heard of Greta.

But would they be inspired by her if they had?

Taina Peltonen (front row, fifth from right) and one of her classes. Credit: Bellona

According to Peltonen’s classroom observations the subject of climate change doesn’t come up all that often in Russia. And protesting to fix it isn’t the kind of thing that’s encouraged.

When students in Norway walked out of class in March, they did it to the applause of most of the country’s adults, including those at Bellona. In Russia, Peltonen saw, non-profit groups have to be much more careful. Any organization cheering students for walking out of class would likely be closed by authorities. The students themselves would fare worse. The most common outcomes of any protest in Russia are police beatings and arrests.

But Peltonoen found that the kids had lots of ideas on how to clean things up at a local level. What follows are some of her observations about her time in Murmansk, what environmental problems the students are thinking about, and what they would change – even in their discouraging political circumstances:

“I arrived in Murmansk at the beginning of March, when it was still winter: streets clogged up with snow and ice – just narrow footpaths in the snow for pedestrians to tread along.

“Despite the cold people are people wherever you go, and the Murmansk folks are a pretty good-natured lot despite the often inhospitable climate. My landlady and her daughter welcomed me warmly. Children’s joy is irrepressible: they play in heaps of snow, in the slush, in the huge puddles on the pavement. Teenagers lounge around clutching their smartphones, loud and giggling. People live their lives – just like everywhere else.

“My biggest undertaking during my internship was preparing and delivering lessons for teenagers in local schools. I must admit I was initially skeptical. I was apprehensive that the students might not grasp the topics.

Yet when it finally came time for the lessons, I was surprised by how much I enjoyed teaching them and how motivated and focused the teenagers were.

“Their first task, after I had gone through a slide presentation about climate change, was to discuss what we could do at political and individual levels to mitigate its effects.

“At first, their answers seemed a little generic. One common response to the question of how to deal with climate change was “to live in a more environmentally friendly way.” When I asked what actual changes this might entail, there was often a complete silence.

“My interpretation of this is that that discussion about how to grapple with global warming has not been had in Russia, whereas news items on ways we can help reduce our personal impact on the climate appear almost daily in western media.

“Yet, in a round about way, the students were already considering what individual things they could do to improve their surrounding. One common suggestion focused on sorting out the kinds of waste their households produce – something that does have an impact on climate change but is by no means the most obvious answer. It was an interesting suggestion, especially because in Russia there seems to be so little chance of separating out recyclables and other kinds of waste – the kind of thing we take for granted in the West.

So I commented on this suggestion, pointing out where recycling had an impact on climate change. I asked them questions about how they themselves could reduce their own waste output and what three plastic items they could live without.

“As I expected, the students seemed to find it easier to come up with solutions for this. Perhaps it was indeed a more familiar topic ­– and also perhaps a bit more concrete than climate change. They talked about how they could replace plastic bags with reusable bags, plastic bottles with reusable glass bottles, do away with straws, takeaway cups, disposable plates and cutlery on picnics.

“For general waste reduction they suggested choosing less packaged or biodegradable products, composting. A couple of kids even said outright that a solution would be simply to buy less. Again, I commented and in the end presented a slide about some possible solutions I’d thought up.

“What was more difficult for the students, however, was coming up with ideas about what their politicians should be doing to mitigate the effects of climate change. After our discussion, I showed them a picture of Greta Thunberg. Only one girl in class was even aware of her.

“I hope Bellona continues its the educational work here in Murmansk. There definitely seems to be a demand for it in schools. If I had had more time in my internship, I would have liked to do more lessons. A few short lessons are too little for such big topics.”