After two weeks of negotiations, the Glasgow Climate Pact was agreed on Saturday. Bellona supports the outcome as an important step in committing governments to carry out the Paris Agreement. However, we are concerned with the lack of progress on climate financing and crucial agreement on carbon market trading rules.

Published on November 17, 2021 by Bellona Europa 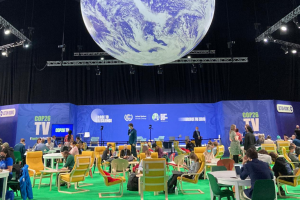 After two weeks of negotiations, the Glasgow Climate Pact was agreed on Saturday. Bellona supports the outcome as an important step in committing governments to carry out the Paris Agreement.

”The pact reaffirms the commitment to the 1,5-degree target and the actual science behind it. This key message from Glasgow will impact policy and investment decisions public and private around the world”, says Frederic Hauge, founder of the Bellona Foundation.

The pact includes novel language on issues such as unabated coal, fossil fuel subsidies and methane. Bellona recognizes significant movement on these issues, even if the text on coal was weakened in a last-minute intervention from China and India. That the agreement also considers abatement of fossil fuels with carbon capture and storage as a key solution is important, says Bellona.

”Naming coal has been a challenge for years, so this represents real progress. And we are satisfied that carbon capture and storage technology is acknowledged as a solution for industry and power. This will be important both for reducing emissions and also creating actual carbon removal from the atmosphere. CCS is also a means of countering energy poverty in poorer countries”, says Hauge.

Bellona travelled to COP26 to showcase actual solutions to the climate crisis. 27 events on a range of topics were held at the Bellona Pavilion, in a collaboration with the Norwegian Ministry of Foreign Affairs, Sahara Forest Project Foundation, and Aker Horizons.

”By showing what is actually achievable today and in the near future, we can encourage braver and more ambitious targets and agreements, moving the conversation quicker and creating actual change”, says Hauge.

Great expectations were attached to achieving among other the $100 bn goal for climate financing at COP26. While agreement was reached on developed countries committing to double the collective share of adaptation finance for 2021-2025, a great deal remains. One positive remains plans to set up a process and deliberations on a new collective quantified goal on climate finance.

Bellona is concerned with the lack of progress on climate financing. $100 bn was suggested already in Copenhagen in 2009, and damages related to climate change are now happening faster than anticipated. This issue needs to be fast-tracked in the work towards COP27 in Egypt next year.

Described as the toughest challenge at COP26, an agreement on Article 6 was found in the final hours of COP26. Defining trading rules for a global carbon market has proved difficult at COPs since Paris in 2015, and it was therefore critical to find solutions that would support meeting those goals. Bellona provided input to the negotiations, with substantial help from Carbon Market Watch and other partners.

Bellona believes that the final agreement on Article 6 now includes the minimally acceptable safeguards, such as prevention of double-counting, mandatory partial cancellation of credits, and a notified phase-out of legacy credits from the Clean Development Mechanism.

”Getting to a good enough agreement on these rules was vitally important. We were seeking more than 2 percent cancellation of credits and 5 percent for climate financing, but with this agreement such rules can be tightened at coming climate summits”, says policy advisor Mark Preston Aragonès at Bellona.

A major flaw in the rules is the lack of distinction between emission reductions and carbon removals. In the context of global net-zero emissions, the only way to balance an emission is with an equivalent permanent removal of carbon.