COP26: Double counting in Article 6 is worse than no Article 6

Bellona strongly supports the call for corresponding adjustments, the cancellation of legacy credits, and for the partial cancellation of credits, so Article 6 can truly result in a reduction of humanity’s climate impact. Without these safeguards, Bellona will consider Article 6 to be a write-off and will demand that the Norwegian delegation suspend negotiations.

Published on November 12, 2021 by Bellona Europa 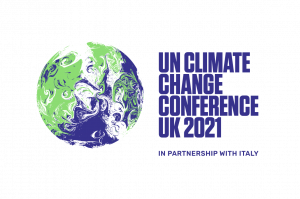 As COP26 negotiations enter the crunch phase, it is important to remember the added value of the UNFCCC process and of the annual Conference of Parties, which elevates the conversation on climate change and provides a platform to those seeking to remedy the climate crisis. The pledges made in the side-lines and improved Nationally Determined Contributions are a step in the right direction and show that the Paris Agreement is working, but more must be done.

Article 6 of the Paris Agreement, which remains a contentious point of the negotiations today, would formalise the transfer of mitigation outcomes from one country to another. Therefore, its design is of critical importance. If done well, it may serve to optimise the mitigation of climate change by channelling much-needed financial resources to projects and countries where it can be applied most efficiently. If done badly, it would amount to little more than climate negligence.

For this reason, Bellona strongly supports the call for corresponding adjustments to be applied everywhere, for the cancellation of legacy credits from the Clean Development Mechanism, and for the partial cancellation of credits, so that the Article 6 mechanisms can truly result in a reduction of humanity’s impact on the climate.

Failure to mandate Corresponding Adjustments could result in a mechanism destined to miss the mark on climate because of significant divergences between what is officially reported and what is physically occurring in the atmosphere.

Ultimately, it is crucial to have ‘atmospheric clarity’ as to how many GHGs are being emitted into the atmosphere. Without this clarity, Article 6 would display a decline in emissions on global carbon balance sheets while the atmosphere would see no change. We may be able to lie to ourselves, but we cannot lie to the laws of physics.

The carryover of legacy Clean Development Mechanism credits, known as ‘Certified Emission Reductions’, must not be permitted due to their very questionable additionality, which risks flooding the market with cheap, low quality offsets. Such artificial emission reduction credits are likely to result in a net increase in emissions.

Without an Overall Mitigation of Global Emissions, Article 6 presents very little added value to the existing status quo and could ultimately legitimise an increase in global emissions, a far cry from the urgent and deep emission cuts required to meet the aims of the Paris Agreement.

Without the appropriate safeguards mentioned above, Bellona will therefore consider Article 6 to be a write-off and will demand that the Norwegian delegation suspend negotiations.

If Article 6 were to be agreed with these safeguards, Bellona is likely to deem the outcome as broadly acceptable, albeit with some significant reservations, notably around the absence of distinctions between emission reductions and carbon removals. Both serve to mitigate climate change but have differing impacts on the atmosphere and should therefore be managed and accounted separately. The implementation of Article 6 will require these differentiations in order to ensure the environmental integrity of the mechanism.