The International Maritime Organisation (IMO) has refused to put offshore drilling activities on its formal agenda, delaying the possibility for a global regime on liability and compensation for oil and gas accidents. 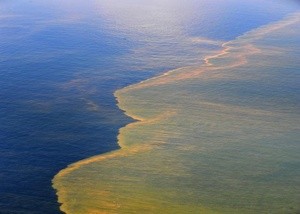 At the 99th session of the IMO’s Legal Committee, held in London between 16 and 20 April, a proposal by Indonesia to revise IMO’s strategic direction was blocked by Member States including UK, Norway, US and Canada. It was agreed that the issue would only be discussed under ‘any other business’ in future meeting.

Revising the strategic direction to include offshore oil and gas activities in IMO’s mandate would have opened the door for developing international mechanisms to cover liability and compensation for damage arising from offshore drilling accidents.

Indonesia’s proposal to develop a global liability regime for offshore oil exploration and exploitation activities follows an accident at the Montara oil platform in Australian waters in 2009, which caused significant environmental damage in the Timor Sea. The lack of transboundary agreements left Indonesia uncompensated for the damage.

Prior to the London meeting, the Clean Shipping Coalition – of which Bellona is a member – called on the IMO to support the Indonesian proposal as the most appropriate international forum to advance the development of a global regime.

“An oil spill caused by an offshore exploration or exploitation accident sees no boundaries and might occur in any part of the world. International regulation is essential to ensure that the polluter pays, not taxpayers in neighbouring countries” Bellona’s Svend Søyland stated in the Clean Shipping Coalition’s press release.

The proposal, which was blocked by Member States at the meeting, has received prior support from the European Commission, who has observer status in the IMO.

Member States opposing the proposal argued that it fell without the scope of the IMO, which is largely restricted to shipping issues. There are however already today a number of rules and regulations that go beyond just shipping impacts, such as the requirement for offshore installations to meet rules relating to the dumping of garbage.