The European Parliament’s plenary vote on the Clean Vehicles Directive yesterday has sent a strong signal in support of the procurement of zero-emission public service and municipal vehicles but the vote missed the opportunity to create much-needed market demand for zero emission construction machinery – a growing urban and climate polluter.

Published on October 26, 2018 by Bellona Europa 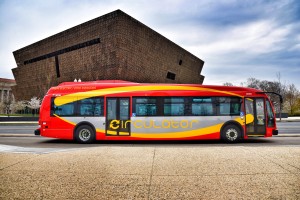 BRUSSELS – The European Parliament’s plenary vote on the Clean Vehicles Directive yesterday has sent a strong signal in support of the procurement of zero-emission public service and municipal vehicles. While Bellona welcomes the increased ambition level of the mandatory sub-targets for electric buses and trucks, the vote missed the opportunity to create much-needed market demand for zero emission construction machinery – a growing urban and climate polluter.

The vote signals a growing consensus among Members of European Parliament on the necessity of transitioning towards low- and zero-emission mobility as an effective means to cut CO2 emissions while tackling health damaging air- and noise-pollution levels in cities.

The Parliament’s report offers a number of critical improvements to the initial directive, notably the introduction of binding national targets for the procurement of ‘clean vehicles’ ranging from 25-50% for cars and vans, and from 43-75% for buses for the year 2030.

Importantly, the Parliament demonstrated its support for swift and legally binding policy measures by rejecting amendments looking to make procurement targets simply indicative and by approving a quicker entry into force (18 months as opposed to 24 months) of the directive’s provisions.

Bellona strongly regrets the Parliament’s preference to align the definition of ‘clean vehicle’ with the EU’s Alternative Fuels Infrastructure Directive, which in turn opens up the door for a range of fossil-based technologies to be counted towards cities’ target compliance, namely various forms of natural gas.

Being the only sector whose CO2 emissions are still on the rise, transport needs major and urgent transformations in the years to come if it is to do its fair share in meeting the Paris Agreement. The recent IPCC report is an urgent reminder of what needs to be done. Several cities across Europe have already pledged to only procure electric buses to their fleets by 2025. The Belgian region of Flanders and the city of Amsterdam have set even more ambitious targets of having a zero-emission transport network by 2025, while Oslo has set the same goal for 2020.

The commitment to switch to zero emission buses is evident continent-wide, as illustrated in the map below, and an ambitious regulatory framework, ensured via the CVD, will have a key role to play in strengthening and accelerating this shift. Furthermore, the argument that forcing the procurement of clean buses will result in higher imports from non-European manufacturers is unfounded, given the high number of European companies which produce electric buses, as can also be seen on the map below. 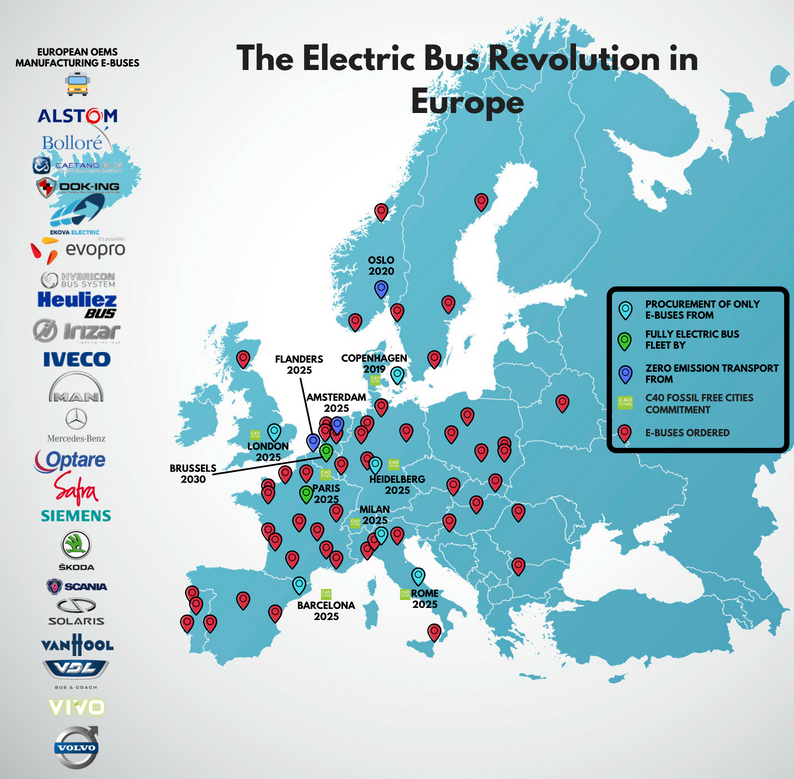 The problematic definition of ‘clean vehicles’ is minimised by the introduction of sub-targets for the procurement of zero emission buses and trucks, which the Parliament’s vote yesterday raised from 50% to 66% by 2025 and from 66% to 75% by 2030– thus providing a much-needed impetus for the deployment of electric mobility.

While the Parliament’s position extends the scope of the European Commission’s proposal to a number of additional vehicle categories and procurement services, Bellona strongly regrets the omission of construction site machinery and equipment, such as bulldozers and excavators.

In a majority of European cities, construction sites make up a significant share of overall emissions of both CO2 and air pollutants, while also contributing to noise pollution and disruption. In Oslo for example, construction sites account for 18% of total CO2 emissions, while in Germany construction site emissions exceed those originating from domestic air and rail travel combined. In spite of this, EU legislation today does not regulate CO2 emissions from non-road machinery and merely focuses on optimising the efficiency of combustion engines, thereby failing to incentivise a switch to electrification.

Earlier this year, industry actors expressed interest in transitioning to zero emission construction machinery, but highlighted the need for a market to be created. The ongoing recast of the CVD is therefore a unique opportunity to create this much-needed market demand for clean construction machinery and equipment. While the current market for electric machinery is relatively small, this is a way to give European manufacturers a head-start in the development of this technology, while also benefitting citizens in urban areas, where construction sites are common. The regrettable decision by the Parliament can partly be attributed to the Committee for European Construction Manufacturers, who have pushed against this incentive without fully understanding the implications of inaction. Nonetheless, some companies have made significant steps towards acknowledging the need to switch powertrains, as opposed to tinkering with the efficiency of combustion engines.

Today’s public procurement and investment choices will have implications for decades to come given low renewal rates of public vehicle fleets, and particularly that of large machinery. Bellona will therefore continue to actively engage with both national governments and MEPs as the negotiations go forward, so as to ensure future-proof policy outcomes that will accelerate the uptake of zero emission transport, while helping to make it a more attractive and affordable solution for cities and citizens.