What could make electric cars more useful — and less like UFOs — to Russians?

While sightings of electric cars have become commonplace in many European countries, why are they still so exotic to Russian eyes? When will electric cars be cheap enough for Russians to buy, and when will the government get around to building the charge stations it has promised? The rest of the world is taking the electric plunge. What does Russia need to do to catch up? 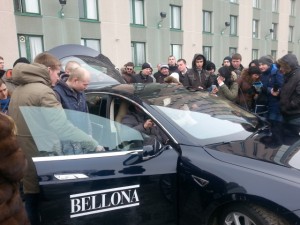 While sightings of electric cars have become commonplace in many European countries, why are they still so exotic to Russian eyes? When will electric cars be cheap enough for Russians to buy, and when will the government get around to building the charge stations it has promised? The rest of the world is taking the electric plunge. What does Russia need to do to catch up?

As recently as the 1970s, owning a car in Russia was a dream. Automobiles were a regulated privilege, conferred as a reward for good behavior by the Communist regime. When Gorbachev came to power in 1986 and brought Perestroika with him, private car ownership exploded. By now, Russian traffic jams are notorious. According to a study published last year, Moscow’s traffic congestion was ranked the second worst in the world – surpassed only by Los Angeles. But hardly any of the cars caught idling in Russia’s gridlocked streets are electric or hybrid.

That’s discouraging news in light of the trends the rest of the world is seeing. According to the Center for Solar Energy and Hydrogen Research Baden-Württemberg, there were 5.6 million electric and hybrid cars worldwide by the end of 2018 – and that’s a whopping 64 percent increase over the year before.

Unsurprisingly, Chinas posted the biggest numbers with 2.6 million electric and hybrid cars. That was followed by the United States, where there are 1.1 million hybrids and electrics. Among European countries, Norway was the undisputed leader, with 195,000 electric cars and 95,000 hybrids. Then comes Germany, with 142,000 electric cars.

It’s worth considering the influence Tesla has had on boosting these numbers. Since its flashy beginnings when it offered the sporty Roadster at boutique prices, the company has since introduced traditional financing. As a consequence, waiting lists for Tesla’s more family-friendly sedans are packed to overflowing, with some customers waiting as long as two years for delivery. 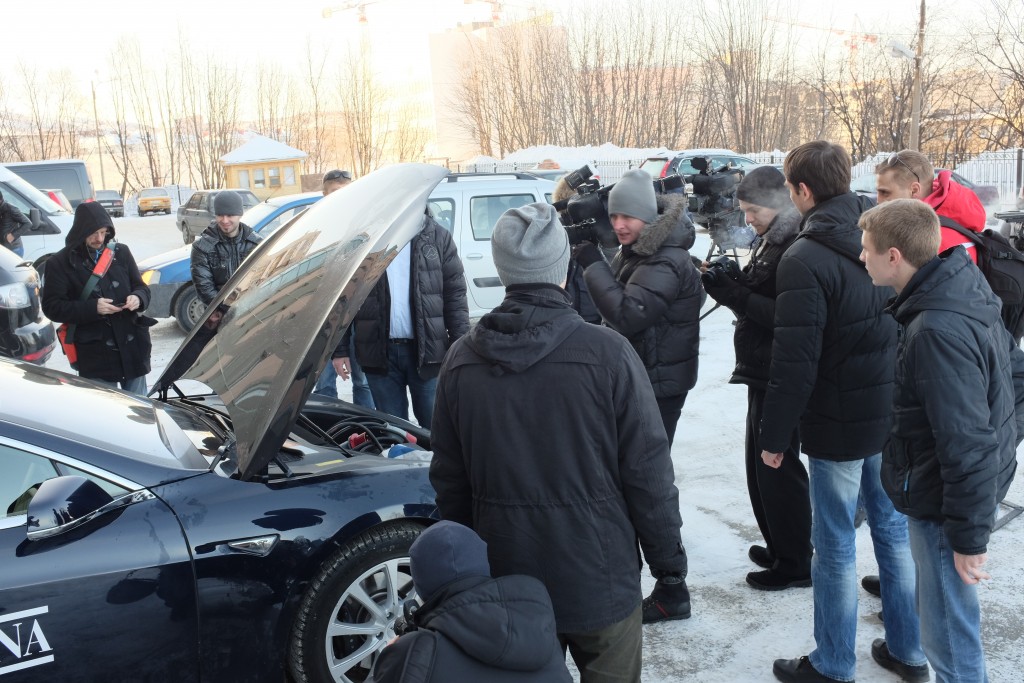 Why buy an electric car?

The question of why when it comes to buying an electric car is one you hear often from Russian drivers. Yet trends the electric car industry have started to address most of their doubts. Electric cars are smooth, quiet and fast. As for Teslas, their safety in crash tests is beyond question. As for their performance in cold, harsh climates, Norway’s experience proves their reliability. In fact, it turns out that electric cars are even easier to get started in subzero winters.

But underlying the shift to electric cars are certain national commitments to reel in automotive emissions — which can account for as much as 90 percent of the carbon dioxide released in urban areas. In these circumstances, governments, particularly European ones, are leading efforts to replace their national dependence on traditionally fueled engines with electric ones. Russia has much to learn from these methods.

The stick and the carrot

The countries that are having the most success in switching to electric cars have done something to sweeten the bargain for drivers. Norway, for instance, offers electric car drivers free public parking and charging, and lets them drive for free on the country’s heavily tolled highways. What’s more is that government efforts are making electric cars are getting cheaper to buy. Oslo has waived customs duties on imported electric cars and buyers pay none of the taxes their counterparts pay when purchasing a standard gas-powered vehicle. That’s the carrot.

Now for the stick. A great number of European countries have announced they will ban the sale of traditionally fueled cars in the coming years. For Norway, that ban will come in 2025; for Sweden, 2030. The United Kingdom had planned to introduce a ban of its own by 2040. But in the face of more and more dire climate news, the London decided to introduce the ban eight years earlier. Further, many European capitals will soon forbid internal combustion engines within their city limits.

In China, the government has chosen to lead by example. Members of the country’s ruling party are buying electric cars and hybrids for themselves in hopes of influencing the shift. The government has also mandated the installation of some 5 million charging stations in its densely-populated east. With an increase in the use of renewable energy and lower emissions vehicles, Beijing is laying the groundwork for national program it calls “Beautiful China.:

So what is Russia doing to encourage the switch to electric cars? Indeed, at least on paper, it has made an ambitious start. In 2017, the government implemented a nationwide program to build a vast charging infrastructure that would have involved every gas station in the country. By mandating the installation of chargers alongside gas pumps, the program envisioned accommodating some 200,000 electric cars by 2020.

Unfortunately, the program has been extremely slow to get off the ground. What there is of a charging infrastructure in Russia has been put there largely by individual companies and environmental organization. In 2017, Bellona itself donated a charger to the Park Inn Radisson Hotel in Murmansk. In 2019, that remains the sole charge station in the country’s Arctic capital.

But despite the sluggish government response, and the lack of any serious benefits for electric car drivers, they are nonetheless catching on — as their ballooning sales figures show.

Who buys electric cars in Russia?

So who are these Russians who are investing in electric cars?

According to Iya Gordeyeva, chairwoman of the Association for the Development of Electric Cars and Unmanned Connected Transport and Infrastructure — and herself an owner of a Tesla Model S — Russian electric car owners fall into one of two categories. 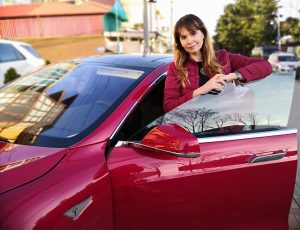 The first category, which is also the most numerous, are electric car drivers in Russia’s Far East. These drivers are gobbling up used right-hand drive electric cars from Japan. And why not? A used Nissan Leaf goes for about $9,000.

The second group are those who have an abiding interest in technology and mechanical gizmos. According to Gordeyva, this group “is a separate subculture.”

“They have their own rules, their own life position. If you come to charge your car at a charging station, you will always begin to chatting with those who are already charging there,” she said.

Naturally, the first obstacle to getting more Russians behind the wheel of an electric car is the price. A new Nissan Leaf sells in Russian showrooms for about $46,000 – which is comparable to the price of a Tesla Model 3. A BMW i3 goes for about $44,000, a Jaguar I-Pace for about $69,000 and a Tesla Model S sells for $76,000.

These prices make electric cars the domain of the rich. Unfortunately, says Gordeyeva, they are not catching on as baubles for the glitterati — as happened with mobile phones in the late 1990s — because there simply isn’t the charging infrastructure to support them outside of Russia’s large cities. For now, says Gordeyeva, electric cars are “just entertainment, not fashion.”

Yet even the lack of infrastructure is sometimes not the decisive hurdle to buying electric cars. Gordeyeva noted that the number of charging stations in St Petersburg has increased to 50 — but the expected growth in electric cars didn’t follow.

In order to ensure demand for electric cars, says Gordeyeva, the Russian government has to start offering some benefits for owners, which she says have helped drive up sales in country like Norway.

But even these small attempts are failing. Last fall, the Murmansk region considered legislation that would have cancelled import taxes on electric cars. But the measure was abandoned. These import taxes, says Gordeyeva, are one of the major impediments for those would are considering electric vehicles. At present, Russian import taxes for new electric cars is as high as 48 percent of the cost. In order to make them affordable, says Gordeyeva, the import taxes have to go. She also proposes that electric car buyers receive a rebate of about 13 percent on their income taxes to help compensate for the high prices.

Another big step toward popularizing electric cars in Russia would be requiring state supported companies to purchase electric vehicles for their auto pools. Giving electric cars access to certain restricted traffic lanes would be another step to sweeten electric car purchases, as the experience in Europe shows.

But overall, Gordeyeva says asking whether infrastructure should precede widespread purchases of electric cars is the wrong question. Instead, she says: “Electric transport and infrastructure for it must develop together.”