Published on November 29, 2017 by Bellona Europa 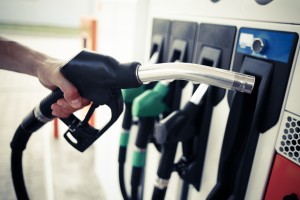 Despite overwhelming scientific evidence from around the world, and the repeated efforts of environmental NGOs including Bellona, MEPs voted to introduce new types of “renewable” fuel, that are in fact not low carbon and are instead hugely inefficient.

By voting to introduce a new category of “renewable fuels of non-biological origin” (ReFuNoBios), more commonly known as Power-to-X (P2X, where “X” could be liquid or gas), MEPs have risked opening the floodgates to a wave of new public subsidy to fuels that will still result in CO2 being emitted to the atmosphere. 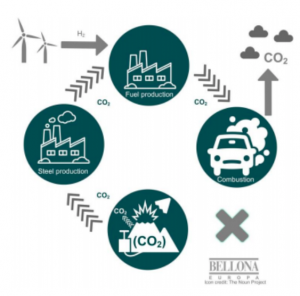 Not only this, but the ITRE vote also introduces mandates for non-renewable energy into the so-called Renewable Energy Directive. It does this by including the transformation of fossil waste gasses into biofuels via bacteria refining and recycled carbon fuels manufactured from industrial fossil gasses.

The lack of scrutiny showed by members of the ITRE Committee sets a worrying precedent ahead of the Council’s conclusions and later trilogue negotiations. If not tackled head on, the result would be bad news for EU citizens, bad news for public accounts and bad news for the environment.

Renewable fuels of non-biological origin are a form of synthetic fossil fuel produced from renewable electricity and CO2. Proponents argue these fuels will be “carbon neutral” but researchers from the Spanish Research Council, Carnegie Mellon University, ETH Zurich and MIT have recently shown that the maximum theoretical CO2 emission reductions achievable is less than 50% when the CO2 is from any fossil industrial source. The parliament has not included any requirements on the source of the CO2 for these fuels in its position, with emissions from steel, cement, chemicals and potentially even coal power plants potentially eligible as feedstocks. This is hardly the kind of innovation we need to achieve net zero emissions in both industry and transport in this century.

At the vanguard of the lobbying effort on “renewable fuels of non-biological origin” have been Dieselgate’s biggest perpetrators, including VDA, the German automotive association. Without any hint of irony, car manufacturers have been promoting recycled carbon fuels as a viable alternative to electromobility and Hydrogen Fuel Cell Vehicles. For them, these subsidised fuels offer a high profit margin future for internal combustion engines, and a means to circumvent fleet CO2 performance standards. Manufactures of primarily large luxury cars such as Audi find it increasingly difficult to meet fleet CO2 standards due to the technological limitations of combustion engines.

This month the VDA President, Matthias Wissmann, advertised ReFuNoBios fuels as carbon-neutral, “as they absorb as much CO2 from the air as they release“, yet a VDA funded study released in November 2017 actually itself undermines this claim, instead outlining how CO2 from concentrated industrial sources including cement, steel and Kalk, thus not carbon natural fuels at all.

Unfit for the future

New analysis by Transport & Environment has concluded that ReFuNoBios are the least efficient option for transport, consuming more than 5 times the amount of renewable energy than electric mobility while failing to address local air pollution challenges. Similarly, a study by the International Council on Clean Transport (ICCT) for the European Climate Foundation has also shown that the maximum GHG abatement from ReFuNoBios on an EU wide basis is a miniscule 0.021% (see table below). The ICCT analysis also concluded that historic levels of subsidy would be required for Power-to-Liquid fuels, greater than all subsidies provided to any type of biofuel ever.

One area where the VDA agree with scientists and independent analysts is around costs. The VDA study estimates that high deployment of renewable fuels of non-biological origin would require investments of €10 trillion to 2050. The same scenario would consume some 10,000 TWh of electricity – more than 3 times the total electricity (renewable, fossil, nuclear) generated and used in Europe today; an unfeasible and irresponsible use of a valuable resource.

Alongside ReFuNoBios, the ITRE Committee has proposed the introduction of two new flavours of fuel into the Renewable Energy Directive, despite neither of them being renewable. Both “bacteria based fuels” and “recycled carbon fuels” receive their energy from a fossil source, generally gasses from industrial production. The inclusion of these fuels into the RED therefore allows fossil gasses to be refined into liquid transport fuels and subsidised as biofuels or low carbon transport fuels respectively.

The climate value of these fuels, described originally as “waste based fossil fuels”, is based around the idea that “unavoidable” fossil waste streams from manufacturing industries such as steel can be used to substitute new fossil fuel production, helping to keep fossil fuels in the ground. It’s a shaky argument at best, especially as in Europe most of these industrial fossil waste streams are already utilised in energy and heating.

What makes matters worse is that any limited CO2 reductions emissions that could be achieved though waste based fossil fuels are being claimed by both heavy industry – who see this as a route to reducing their own emissions – and the transport sector – who need to claim that these fuels as low carbon to be eligible for subsidy. With CO2 so evidently still being emitted to the atmosphere, and the accumulation of CO2 being the primary battle in the war on climate change, we simply cannot afford to be betting on unsubstantiated claims and double-counting of emissions reductions.

Once in place, these fuels will be difficult to remove

If the evidence is so clear, we hear you ask, then why have MEPs voted to support these technologies? Synthetic fuels have the support of some of Europe’s biggest industrialists, giving rise to the myth that P2X, bacteria fuels and recycled carbon fuels can secure industrial jobs for decades to come.
Europe has a pivotal role in aiding industries to prosper in a low carbon world, however watering down the concept and related legislation of renewable energy, and moreover introducing false and damaging notions of ‘unavoidable’ waste streams, is clearly not the way to do so.

When long-term prosperity and job security are on the line, MEPs shouldn’t be making bets on shuffling CO2 from one exhaust pipe to another, they should be encouraging industrial innovation and genuine climate-friendly technologies. Only then can the industrial jobs of today be preserved in the green society of tomorrow.

With Committee votes in the European Parliament now concluded, focus turns to the forthcoming Plenary vote and discussions in the Council.

There is still ample opportunity for Europe’s law makers to come together and find a common sense solution that promotes renewables and doesn’t incentivise make-shift solutions such as recycled carbon fuels or bacteria based fuels. Policy makers can do that by following Bellona’s simple three-stage plan: