The Administration of the Mari El Region 850 kilometers east of Moscow has issued a directive to its officials to refrain from participating in social or political activities organized by foreign nongovernmental organizations or Russian NGOs receiving funding form foreign sources.

Published on September 5, 2012 by Charles Digges 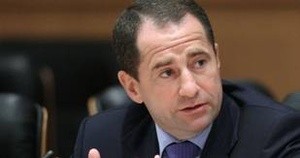 Many human rights groups in Russia are cautiously viewing the move as the first salvo against civil society from the Kremlin since it signed its restrictive new law requiring foreign funded NGOs to register themselves as “foreign agents,” and Bellona’s Russian staff noted that the event received hefty local newspaper coverage

But because the order was issued in a relatively far-flung region, Bellona commentators also see it as the work of overzealous bureaucrats anxious to ingratiate themselves to the Kremlin – a situation that, nonetheless, deserves careful observation.

The order, signed on Aug 9 by Stanislav Shvetsov, acting head of the Mari El regional administration, was discovered at the end of last month by human rights activists and posted on Facebook (in Russian) by Sergei Poduzov, one of the leaders of the local rights group “Chelovek I Zakon” (People and the Law).

Poduzov told the Gazeta.ru online newspaper that the order had come from Mikhail Babich, the presidential plenipotentiary envoy in the Volga Federal District, where Mari El is located.

“In essence, the administration of the republic is putting a prohibition on having contact with NGO that receive financing from abroad,” Poduzov told Gazeta.ru.

The document signed by Shvetsov refers to a decision made by the plenipotentiary envoy’s presidium of the board for security issues entitled “On the ensuring public safety and rule of law in connection with the expanding activities of foreign non-governmental and non-profit organizations.”

Grani.ru, another Russian news organization, said it was not clear whether similar orders have been issued in Russia’s other federal districts.

The letter to Mari El bureaucrats requires them to carry out “organizational, informational and clarification work in workers’ collectives” within the administration itself with the goal of “minimizing participation of the administration’s colleagues and workers in socio-political events organized by foreign and Russian NGOs.”

The letter goes on to demand that Mari El bureaucrats arrange mass social and political events among young people “with the aim of distracting them from protest actions.”

President Vladimir Putin on July 21 signed controversial new amendments to Russia’s law on NGOs, requiring NGOs that receive foreign funding and engage in “political activity” to register themselves as “foreign agents” with the Russian Justice Ministry, indicate in all of their publications and on their websites that they are representatives of “foreign agents” and undergo bi-annual audits of their financing – or face hefty fines or jail time. The law was passed by the Duma at lightning speed.

The law has not yet gone into effect, but its passage was met with deafening outcry from Western NGOs and governments alike, who criticized the move as an attempt to kill Russian civil society movements and ratchet up the Kremlin’s battle on the opposition groundswell that attended Putin’s reemergence as a third term president.

For their part, Russian NGOs have taken issue with the new law’s vague definition of “political activity” and have said that the term “foreign agent” both connotes them as enemies of the people in recognizable Stalinist terms, and upsets their relationship with their foreign donors by tarring them as spies.

The law impacts long established NGOs such as the anti-corruption Transparency International, the Moscow Helsinki Group, Amnesty International, Bellona, medical and social aid groups, and a host of others, including foreign-funded counseling centers and even animal shelters.

Bellona’s Russian offices in Murmansk and St. Petersburg have yet to feel the pinch of the new law, They said that, while the events in Mari El could be a harbinger of things to come, they were most likely an anxious step taken by insignificant regional bureaucrats to curry favor with the Kremlin.

“We are certainly waiting to see what happens to NGOs in the framework of the new law on ‘foreign agents,’” said Alexander Nikitin, chairman of Bellona’s Environment and Rights Center  (ERC) Bellona in St. Petersburg.

“[The events in Mari El] are disquieting, but we also know that in the provinces, especially in places like Mari El, Chuvashi, Tuva and others areas far from the center […] bureaucrats run ahead of the locomotive with all manner of absurd initiatives in order to cow-tow to what they think are Moscow’s wishes,” he said.

According to Nikitin, if a similar directive had been issued in Moscow or St. Petersburg, it would have immediately caused waves.

“But the remaining regions of Russia have their own local princes and khans who are trying to build their own empires – this is not the first time we have seen this,” said Nikitin. “Therefore I think that we must, as before, attentively observe developments – but at the moment it is too early to come to any far-reaching conclusions.”

Andrei Zolotkov, director of Bellona Murmansk, agreed, but added that he saw the framework for the renewal of old modes of authoritarian repression arising.

“The search for enemies was prime entertainment for the Communist regime during Soviet times [and] their contemporary disciples have gladly seized on this idea,” he said. “New sinecures for the loafers in positions of authority and in the national security structure have appeared.”

How, asked Zolotkov rhetorically, will the activities Russian companies and corporation that receive millions of dollars in non-reciprocated funding be evaluated?

Meanwhile, Poduzov from Mari El’s Chelovek i Zakon and others said their troubles are far from over. In August, his group along with others who were not named in Gazeta.ru, held two human rights seminars, which drew an unprecedented level of interest from law enforcement and administration bureaucrats.

“Both events brought about a stormy reaction and interest from ministries and agencies,” the unnamed source told Gazata.ru. “Such intent attention from the bureaucrats was shocking to members of our organization, because we had never experienced it before – such events had always progressed calmly and were always supported by local authorities.”

Not this time, however, said the source, who told Gazeta.ru that authorities inquired about the most insignificant details of the seminars, demanding resumes of the participants and that the organizers produce a steno gram of remarks made during the conferences.

“The events in Mari El are a testament to another inanity of Russia’s overbearing bureaucracy,” said Bellona’s Zolotkov.