ST. PETERSBURG – The manner in which non-governmental organisations are audited in Russia under the country’s law on civil society organisations has put them in jeopardy of being wholly liquidated. Human rights activists say examples of the hounding of small local NGO’s are part of a larger development of a mechanism for a large-scale legitimised struggle mounted by the government against social organisations.

Published on February 29, 2008 by Galina Raguzina, translated by Charles Digges 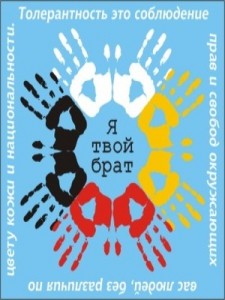 One prescient example of this is the closure of the St Petersburg’s Centre for Educational and Research Programmes, which was shut down by registration officials when it failed a so-called spot check – an unannounced audit – last summer.

The centre, which was small and localised in its mandate, is one of 6,000 such small associations received warnings from registration officials in the last 11 months in what resembles a clear campaign of harassment and intimidation.

On February 14, the City Court of St. Petersburg found in favor of the regional branch of the Federal Registration Service in its suit to liquidate the Centre for Educational and Research Programmes on the strength of the spot check carried out against the organisation in June.

“This is a very small organisation which works on a regional level – but in such way, the mechanism that will be applied to organisations of a different level is being developed,” Igor Kucherenko, vice president of the Baltic Collegium of Lawyers at a Bellona St. Petersburg hosted meeting entitled The Federal Registration Service against NGOs, which was held on February 21st.

According to date provided by the Organisation for Social Agreement, Russia registration officials sent warnings regarding alleged procedural failures to 6,000 NGO since April. Conditions for St. Petersburg-based NGOs are made even more complex by the regional Federal Registration Service’s refusal to provide statistics about which groups it has audited and why. Conditions leading up to an audit and the ultimate decisions leading to closures are rarely explained by authorities. Furthermore, many NGOs themselves tend to hush things up when auditors come knocking.

“Our situation is not unique, but many NGOs don’t want others to find out what happened to them,” said Marina Kanevskaya, director of the Centre for Educational and Research Programmes. “We decided to make out public.”

According to Kucherenko, the decision against the centre sets a dangerous precedent because the Federal Registration Service brushed aside the deadline by which they where to issue their findings on the audit. The deadline by which administrative of criminal disciplinary action can be filed is 30 days, as stiputlated by the Ministry of Justice.

In the case of the centre, registration officials took 70 days to render a decision.

What were the reasons for the Federal Registration Service taking so long to file a suit liquidating the centre? According to the complaint filed against them, the centre “gravely violated the constitution, federal constitutional laws, and paragraph 3, part 1, article 44 of the federal law ‘on civil society organisations’ many times.”

But it is not established how many times or how the organisation violated the law. The appellation of “gravely” implies that the Centre, as a regional organisation, conducted its activities outside the region where it is registers. Furthermore, the Federal Registration Service said the organisation conducted education activities for which it does not have a license, which falls outside its mandate.

Education as outlined by Russian legislation is a process of teaching and training “ accompanying the affirmation of achievement by a citizen (pupil) of established state educational levels,” which is confirmed by a corresponding document. The Centre says in its defence that it was not performing “education” activities, per se, but rather informational activities. In accordance with it’s mandate, the Centre arranged seminars, published brochures and invited lecturers and authors, including a number of government workers from various ministries and agency’s, including the Migration Service, and that the Centre did not assume the roll of an educator but rather a moderator in these activities.

As for conducting activities outside the region in which the Centre was registered, attorney Kucherenko hardly sees this as a violation of federal NGO guidelines. The European Court of Human Rights agrees: to complain of the Centre’s activities, it is necessary that the law be formulated with the specificity allowing citizens to predict the consequences of their actions, and accordingly regulate their own behavior.

Article 30 of the Russian constitution on the right and freedoms citizens guarantees the free activities of a social organisation. Human rights activists and the representatives of the Centre realise this freedom is not absolute and is limited by legislation that makes it possible for their organisations to be closed and liquidated by a court.

“Of special interest is part 5, article 13 of the constitution,” said Kucherenko, which stipulates: “The creation and activities of social organisations whose aims and actions are directed toward forcefull change of the constitutional construction and integrity of the Russian Federation, the destruction of the safety of the state, the formation of armed groups, the inflammation of racial social and national difference are forbidden.”

Kucherenko noted that this detailed outline included “no other violations of the law.”

The constitution he noted, was the law of first instance and clearly enumerates deeds for limiting the activities of non-governmental organisations.

The NGO law also establishes foundations on which an NGO can be disbanded, such as violations the rights and freedoms of individuals, and repeated grave violations of Russian legislation by systematic actions contradicting their states mandates. In such a manner, said Kucherenko, the application of these constitutional norms can lead to broad interpretations of the law on NGOs, which brings into questions its correspondence with fundamental laws.

However even the NGO law, particularly Article 42, stipulates that before liquidation is initiated, Registration Services are obligated to describe supposed violations within a states period of time.

Nonetheless, the audit the Federal Registration Service carried out against the Centre for Educational and Research Programmes did not include any warnings that the organisation was to be liquidated and the decision to do so had been taken during, if not before, the audit.

Kucherenko says the Federal Registration Service is in essence another secret police organisation with unlimited and unchecked powers and n authority.

The Federal Registration Service’s regulations say that can audit NGOs once every two years. Such audits are described as planned and can take as long as one to two months to complete. At the same time, however, the Registration Service, as well as other government structures such as the Prosecutor General, can carry out any number of “unplanned” audits.

“Theoretically, it is possible to annually audit any given NGO with a planned audit, and then audit it with one unplanned audit,” Russia’s hear for Human Rights Watch, Tatyana Lokshina told Interfax news agency.

Human Rights Watch presented it a report in Moscow on February 20th entitled “Worsening Bureaucracy: The Government Versus Independent Civil Action.” The report included an analysis of the NGO law and said it impeded the work of NGOs by allowing the state to interfere “against a background general growing authoritarian tendencies in Russia.”

The Russian authorities wasted no time in demonstrating how much that conclusions corresponds to current reality, refusing a visa for Human Rights Watch Executive Director Kenneth Roth, who had intended to come for the presentation of his organisation’s report.