Taken for granted: Russia wants to bite the giving hand

MOSCOW—The Russian State Duma is preparing for the second reading of the Law on Grants, as human-rights activists have described the proposed changes to Chapters 24 and 25 of the Russian Federation Tax Code, which regulate registration procedures for non-commercial social organisations and how they get grant funding. 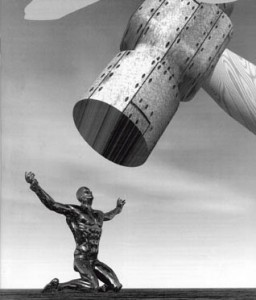 An outsider might think that opponents of the amendments to the law have suddenly woken up and begun to lambaste the Governments project. Far from it. As early as August of this year, rights activists were assessing the changes, and discussions on this topic have been going on since almost the beginning of the year. Because Russian public organisations have learned that from this regime they can expect only dirty tricks.


We waited them out  and their many tricks have been coming step-by-step.


They Cant Bite the Hand that Feeds Them

At the end of May, President Vladimir Putin unambiguously described donors and grant recipients in his state-of-the-nation address to the Federal Assembly: In our country, thousands of civil associations and unions exist and work constructively. But far from all of them aim at asserting peoples real interests. For a part of these organisations, the priority task has become to receive financing from influential foreign funds, while for others it has become to serve dubious group and commercial interests [] When we are talking about breaches of fundamental and basic human rights, about infringements of peoples real interests, the voice of such organisations is at times not even audible. And this is not surprising, because they simply cant bite the hand that feeds them.


On June 1, 2004—exactly five days after Putins address—amendments to the Tax Code were proposed in the Duma. Closer examination of these grant amendments leads to the thought that Russias authorities have themselves decided to bite the hand of Western help—all the way up to the elbow, and the forearm.


Until now—that is, before the imminent ratification of the amendments—no-one, it would seem, has any doubts that the amendments will be accepted by the obediently pro-Putin Duma. Virtually any non-commercial organisation or ordinary Russian could make a grant satisfying the conditions of out-going the Tax Code.


For international charities it was more complicated—since 2000 they have had to be registered with the Government to get on the list of organisations entitled to make grants. Today, this list includes just 88 organisations, and the list has not been reviewed by the Government for two years. After the amendments to the Tax Code are adopted, not only foreign but Russian grant-making organisations will have to hum the list regime tune. If an organisation decides not to, its money will not, for tax purposes, be seen as a grant, and correspondingly will be charged as income tax at 24 percent.


Also of note is that the new amendments to the Tax Code ban foreign citizens from making grants.


Amendments runs counter to de-bureaucratisation of the economy

Since there are many opinions from a number of legal organisations on these amendments, we will here mention only those which that were provided to us that we feel have weighty and convincing arguments driving them.


The International Centre for Non-commercial Law: What is the point of spending state resources in order to create another bureaucratic grant structure?


The regional social organisation Independent Expert Legal Council: The proposed mechanisms —a permissive procedure to give un-taxable grants—contradict one of the principles of taxation (that tax breaks not be established based on patterns of ownership, the nationality of individuals or the origin of the capital), which is an expression of the constitutional principal of legal equality.[ ] The granting by the law of new powers to government bodies contradicts the current trend in the country toward a de-bureaucratisation of the economy.


The difficulty of filling in documents is inappropriate to most grants

From an expert explanatory note from the Peoples Assembly round-table of non-governmental organisations, which brought together more than 50 of the largest national non-commercial, non-governmental organisations: From our point of view, the proposed new grant-making procedures significantly complicate the framework for funding socially targeted projects and introduce new administrative barriers, while not increasing the transparency and effectiveness of the system as a whole. This contradicts the spirit and letter of President [Vladimir Vladimirovich] Putins budgetary address to the Federal Assembly of the Russian Federation On Budget Policy for 2005, which stressed attention to questions of tax administration, simplifying tax accounting, and improving interaction between tax organs and taxpayers.


The requirement for virtual duplication of the procedure for registration of grants and technical (humanitarian) help stipulated by the bill raises concerns. The complexity and length of time needed to complete documents in the relevant legislative committee may be justified for long-term foreign aid programmes with budgets of tens of millions of rubles, but it is obviously not appropriate to the majority of grants, which are given for short-term programmes and may have budgets of only a few thousand dollars.


The International Centre for Non-commercial Law, or ICNL, is an international organisation which gives technical help to various countries for research and implementation of educational programmes on questions of developing a legal and normative base for the work of non-governmental organisations. Together with the Council of Europe, the OSCE, the World Bank, the UN and other organisations, the ICNL was involved in development of a programme for reforming the system of legal regulation of NGO work in more than 80 countries. The ICNLs opinion of the upcoming Russian tax code was thus: We are afraid that if these amendments should be adopted, they will become a serious obstacle both for Russian and foreign grant-makers, and as a consequence, will exercise a negative influence on the development of civil society in Russia as a whole. We would like to believe that those who drafted these amendments did not set themselves the task of achieving exactly these results[]


Russia sinking to the same level as Belarus, Uzbekistan, Azerbaijan, and Turkmenistan

Here it should be noted that those who drafted the amendments set themselves exactly this goal: It would be difficult for them to come up with other intelligent explanations. Everyone has long known that grants from both foreign and Russian grant-makers— (the latter of whom, incidentally, can be counted on ones fingers—are almost the only way for Russian NGOs to continue to exist.


The amendments will likely lead to the disappearance of many NGOs operating in Russia. In addition, experts say that the new legislation will have a negative influence on the whole social sphere, and will not allow the government to implement its plans to broaden financing for social programmes by using foreign and domestic grant funding.


The ICNL noted that, in addition to Russia, a number of other Commonwealth of Independent States, or CIS, countries require that foreign donor-organisations be registered on a government list. This completely contradicts current international practice, and was previously unheard of in the legislation of European countries. The countries that require foreign donor-organisations to be on a list are Belarus, Uzbekistan, Azerbaijan, and Turkmenistan. The ICNL thinks that Russian legislation and its drafters should study European law-making experience, and not reproduce the misguided experience of these countries.


As a result, the ICNL recommends that the provision about the government list of Russian grant-makers should be excluded, as it will slow down the process of creating a healthy, financially independent civil society and create additional administrative expenses both for civil organisations and for government bodies.


Corruption as a result of bureaucratic interference in grant financing

These are the conclusions of the National Anti-Corruption Committee regarding Bill No. 58666-4 On the Introduction of Amendments into Chapters 23 and 25 of the Second Part of the Tax Code of the Russian Federation, and Several Other Legislative Acts on Taxes and Collections: The sphere of financing via grants for social, non-commercial, and scientific organisations, and individuals has so far been outside the system of government regulation; for this reason it has almost entirely escaped the influence of corruption.


For all practical purposes, the state (bureaucratic) structure will define the degree of expediency of external financial expenditure. It is feared that should these amendments be accepted, then it will become possible to exercise administrative influence in selecting which programmes to back. (For example, the theme of corruption, legal infringements, the effectiveness of the system of law-enforcement organs, etc.)


In addition, there is a great danger that new corruption mechanisms will appear when decisions are being made about granting and confirming grants, since to all intents and purposes the formation of legal mechanisms to implement these amendments has been placed on the bureaucracy. In other words, this amendment is an indirect norm, and not a straight-acting norm, which is essentially a condition for displays of corruption.


Acceptance of the amendment may be an additional factor discrediting Russia as a country which lacks conditions for the development of civil society.


Clearly, such words do not frighten the current regime. Sometimes this regime acts precisely to spite such words—and has long since got used to discrediting bureaucracy, and corruption.


Non-Governmental Organisations will defend their rights

But these are the experts and their opinions. What can everyone else do?


One conclusion says that a strategy has been developed to counteract the acceptance of the negative provisions of the bill. [] A project has been set up to write letters to the Chairman of the State Duma []

Should we be unsuccessful, it cannot be ruled out that on the eve of the second reading in October that we will have to convene mass public protests using participants, employees, volunteers, and wards of NGOs.


Usually the authorities break up unsanctioned meetings using truncheons. Its highly unlikely that they will think up something new this time.