Cancels yet another secret provision

The Russian Military Supreme Court today cancelled article 70 of the secret Ministry of Defence decree No 010. Thus, the legal foundation of the treason-conviction of Grigory Pasko crumbles away. 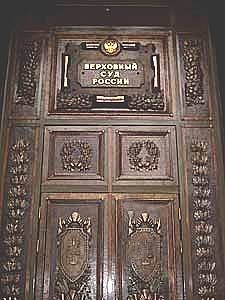 The Pacific Fleet Court’s verdict sentencing journalist Grigory Pasko to four years for treason through espionage for having been in the possession of hand-written notes allegedly containing state secrets, is based on two secret Defence Ministry Decrees; No. 010 issued in August 1990 and No. 055 issued in August 1996.


Yesterday the latter of these normative acts were cancelled by the Military Collegium of the Russian Supreme Court, and today Article 70 of decree No. 010 went the same way.

While decree No. 055 contains more than 700 provisions, listing up various general kinds of information that pertains to state secrets within the Russian Armed Forces, decree No. 010 deals with how to protect state secrets within these forces. It was enforced by the then Defence Minister of the USSR, Dmitry Yazov, who in August 1991 played a major part in the ill-fated coup d’état against Mikhail Gorbachev.


— The conviction is built on two pillars, explained Pasko’s lawyer Ivan Pavlov. The first is decree 055, which is the main legal instrument for claiming that the notes Pasko possessed contain secret information. Since it could not be proven that the notes were handed over to anybody, the court supplemented this pillar with article 70 of decree 010 and thus, it made Pasko’s off-duty contacts with Japanese journalist Tadashi Okano a criminal offence, Pavlov said. 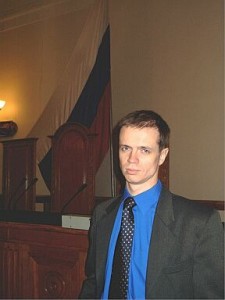 At the court hearing today, the representatives of the Ministry of Defence and the Prosecutor’s office argued that the complaint regarding the validity of article 70 should be rejected, claiming that Pavlov did not have the needed security clearance to work with this secret normative act. Pavlov then pointed to the fact that he had worked with it ever since he in April 2001 was appointed as Pasko’s co-defender.


The Court agreed with Pavlov, pointing to the fact that the Russian Constitutional Court in March 1996, after having evaluated a complaint filed by Aleksandr Nikitin, established that defence-attorneys do not need a security clearance even if they work with cases containing allegedly secret material.


After these initial sword-blows the proceedings could continue. And at the end of the day it was once more Pavlov who stood victoriously at the battlefield.


Provision cancelled from date of issuing

The Court ruled that Article 70 of decree No. 010 violates the right to inviolability of the private life, which is safeguarded by Article 23 (1) of the Russian Constitution.

Although this right may be restricted, it follows from Article 55 (3) of the Constitution that such restrictions can only be made by federal law. Article 24 of the Law on State Secrets contains some restrictions, but these are nowhere near the restriction set up in Article 70 of Decree No. 010. Thus, the provision was cancelled from the date of its entering into force; i.e.: from August 7, 1990.


The verdict can be appealed to the Appeal Collegium of the Supreme Court within ten days. It is not yet known whether the Defence Ministry will use this right, but based on they way it previously has handled similar cases, nobody should be surprised if it does.


It is also too early to predict which significance the ruling will have for the not yet scheduled appeal case of Grigory Pasko. It will however, be difficult for the Military Supreme Court to overlook the fact that it within less than 24 hours has made the major parts of the legal foundation for Pasko’s conviction crumbling away.

Grigory Pasko was arrested on November 20, 1997. He was acquitted by the Pacific Fleet Court in Vladivostok of treason through espionage on July 20, 1999, but sentenced to a three-year imprisonment for misusing his position and released on a general amnesty. Both sides appealed the verdict. In November 2000 the Military Supreme Court cancelled the verdict, and sent the case back for a new trial at the Pacific Fleet Court. The re-trial started on July 11, 2001 and ended on December 25, with Pasko being convicted to four years of hard labour for treason and taken into custody. The verdict is appealed again by both the defence and the prosecution.