Post Olympic ski resort expansion around Sochi is again threatening drinking water supplies for hundreds and thousands of Black Sea coastal residents, according to a new report from the World Wildlife Fund, compounding worries about river pollution and corruption that have only grown since the 2014 Winter Games.

Published on August 8, 2017 by Charles Digges 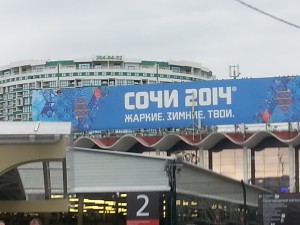 Post Olympic ski resort expansion around Sochi is again threatening drinking water supplies for hundreds and thousands of Black Sea coastal residents, according to a new report from the World Wildlife Fund, compounding worries about river pollution and corruption that have only grown since the 2014 Winter Games.

Activists say the new ski resorts are another example of Russian environmental law getting stepped on by well-heeled developers – and reflect how allegations over shady land grabs are still swirling three years after the 2014 Sochi Olympics ended.

The report says that new slopes metastasizing out of already existing alpine resorts built for the Olympics threaten the Myzymta River, which supplies water to some 100,000 residents in and around the resort town of Sochi, with huge landslides and pollution.

The $51 billion Games – the most expensive in history – were a propaganda extravaganza for the Moscow. Not only did the Kremlin conspire to dope Russian athletes, it unleashed a new strain of unprecedented intolerance for environmental activism.

Those who drew attention to Olympic water pollution, deforestation, shadowy toxic landfills and illegal construction ­­– including luxury summer homes for President Vladimir Putin and his cronies ­– were repaid with long prison sentences, or were forced to flee the country to escape bogus legal charges.

Others who came to protest the Games were beaten by police and subjected to surveillance, official harassment and arbitrary detentions. In one case, several prominent musicians who arrived from Moscow to demonstrate against the Games were horsewhipped by security officials.

Activists who remained were driven underground, surfacing only on social media and other hard-to-surveil electronic means to spread the word to international environmental groups and the world press.

The troubling water report by WWF Russia’s Caucasus division lends new credibility to claims these activists have long levied, with limited success, against the owners of Olympic ski venues like Rosa Khutor, Laura and Gorki Gorod, which have dumped landslides into the Myzymta before.

But the lack of concern for the river, says Environmental Watch on the North Caucasus, owes to who those owners are. Rosa Khutor was built by Vladimir Potanin, an oligarch close to Putin who runs the sprawling environmentally challenged Norilsk Nickel. Laura was funded by Russian state gas monopoly Gazprom.

Environmental Watch on the Northern Caucasus has alleged that Potanin used his influence to peel back regulations against ski resort expansion into federally protected lands. As far back as 2014, the group’s Yulia Naberezhnaya predicted the resorts would overspill their territory and cut into Caucasus State Biosphere Reserve and other protected national parks.

Many of those expansions, once illegal, no longer are:

In March, reported The Moscow Times, Prime Minister Dmitry Medvedev signed off on letting Rosa Khutor and its associated companies lease land in the Sochi Reserve and Sochi National Park for the next 49 years.

And construction projects around Sochi have tripled as a result – most of that upstream on the Myzymta River.

Water sources along the Black Sea suffered hard under the lash of Olympic construction. The Myzymta River was already heavily polluted by pre-Olympic industrial trash dumped into the Akhshtyr quarry north of Sochi.

This construction waste was toxic cast-off from the giant state corporation Russian Railroads, which built a rail line connecting seaside Olympic venues to the alpine skiing resorts. Vladimir Yakunin, head of the railroad monopoly until 2015, and a close an associate of Putin, was given a sweetheart deal to build the line in contravention of environmental legislation.

Leakage from the quarry made much of the Mzymta’s water undrinkable. Upon the opening of the Olympics on February 7, 2014, all that came from many Sochi faucets was grimy swill. 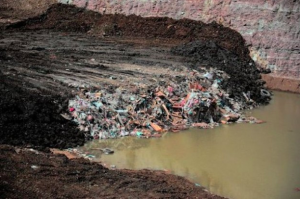 Ironically the water Akhshtyr residents themselves are drinking might be the purest. Because heavy machinery hauling railroad and highway waste actually pushed water tables deeper into the town’s underground aquifers and out of reach its wells, residents there now survive by collecting and drinking rainwater.

The new hardships threatening Sochi’s water supply were largely anticipated by an explosive report Environmental Watch on the North Caucasus released during the Games. The report detailed the plunder and corruption that stretched all the way to the Putin’s office.

One of its lead authors, Yevgeny Vitisko, received a lengthy prison colony sentence, and was only released in 2016. His colleague Suran Gazaryan fled the country over a trumped-up attempted murder charge and now resides in Germany. He won the Goldman Environmental Prize for the Olympic revelations.

In a recent interview, Vitisko noted the one thing that could possibly save the Myzymta River from the encroaching ski resorts is the horrible service they reportedly subject their guests to.

A survey of conducted among skiers on the slopes of places like Roza Khutor and other resorts by the RBK business newswire revealed something bordering on rage.

“The predatory relationship to nature corresponds to the self-serving relationship to customers,” Vitishko said. “Among the visitors to Roza Khutor are not just dissatisfied people, but those who are happy with anything – on one hand, this is a person whose willing to burn money, or someone who has very low standards.”