MOSCOW – Monday, December 3rd, 2007, will now be the date that Russia subscribed to accepting another portion of spent nuclear fuel (SNF) at its infamous reprocessing site Mayak – this time from Latvia, which by a new agreement with Moscow will start the exports early next year.

Published on December 12, 2007 by Andrey Ozharovsky, translated by Maria Kaminskaya 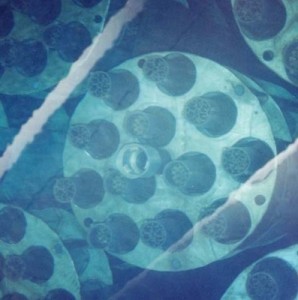 The agreement, according to a press release posted on the website of the Russian top nuclear authority, Rosatom, was inked in the Russian capital by Rosatom’s chief Sergei Kiriyenko and Latvia’s environment minister Raimonds Vejonis.

The statement does not elaborate on the price of the deal, but Vejonis told Bellona Web Latvia will pay Russia around EUR 420,000 – or 300,000 in Latvia’s currency, lat – for reprocessing and storage. Yet again, foreign nuclear waste will be finding its way to the Ural-based nuclear reprocessing plant, Mayak, already known by its dubious title of being the world’s most contaminated site.

Responding to Bellona Web’s query regarding the price of the deal and the quantity of the waste slated to be sent to Russia, Rosatom’s press secretary Sergei Novikov said neither the quantity nor the schedule or route of the delivery may be disclosed for security reasons.

“This is a political agreement. Issues of payment will be determined by the contract that will be signed by the Latvian owner of the SNF and the Mayak Combine on the basis of this intergovernmental agreement,” Novikov said in his telephone interview with Bellona Web.

On the one hand, the agreement frees Latvia from the onerous responsibility of having to manage its nuclear waste. On the other, it relegates that responsibility over to Russia, which has waste in abundance, but no safe technologies to deal with it.

At its facilities, Rosatom does apply a technology referred to as “interment in underground water-bearing strata,” but one would have to make a serious stretch to recognise as acceptable and safe a technology that simply means pumping liquid waste into the ground.

A brief history of Latvian nuclear waste
How does Latvia – a country operating no nuclear power plants, nor envisioning to have any in the future – get to generate nuclear waste in the first place? The waste to be imported to Russia was produced at a research reactor built by the Soviets in the town of Salaspils, 20 kilometres from Riga, and owned by the Latvian Academy of Sciences.

The reactor was taken offline on June 19th, 1998. The following year, the Latvian government agreed on a preliminary concept outlining the reactor’s dismantlement and disposal. Deconstructing and decommissioning a nuclear reactor – be it a small one – is a complicated and costly matter.

The concept of post-operation management of the shut-down reactor was first considered in October that year and received full approval in November 2004. It implied that the low- and medium-level waste produced as a result – such as the various materials making up the reactor’s parts – would be placed for storage at a burial site outside of Riga.

Local municipal bodies, however, decided in January 2007 not to give their backing to the idea of building new storage facilities. Their mood was understandable: No one wants to live near a nuclear repository because it could be hazardous and threaten the local farming industry.

Help came from the European Union. The so-called European Cohesion Fund promised EUR 7.5m to make sure a project of radioactive waste storage facility in Latvia would meet all European safety standards. Latvia itself will add EUR 1.3m from its state coffers.

However, no place for interring the waste has been found as yet. It is also worth noting that all of this EUR 8.8m will only finance the construction of the low- and medium-level waste storage facility. It remains to be seen how hefty the yearly check for upholding the safety standards at the facility or for paying for the security detail will be.

And the more dangerous kind of waste generated at the reactor is still going to Russia in just a few months: Even though the reactor was built for research and was not designed for large-capacity operations, it still had to obey the laws of physics and was producing nuclear waste. And just as it happens with other kinds of waste, there is no clear understanding what course of action should be taken: It is exactly this kind of waste, the one prudishly referred to by the nuclear establishment as “spent nuclear fuel" or “irradiated nuclear fuel,” that retains its hazardous qualities for hundreds of thousands of years.

Promote a dumping policy, become a dumping site
Moscow’s reasoning for agreeing to take back nuclear waste generated by research reactors – its legacy from when it was ruling its neighbour states as the Soviet Union – was prompted by considerations of keeping radioactive materials out of terrorist hands. Russia has already imported such waste from Germany (more precisely, from the territory of the former German Democratic Republic, which was part of the Communist Bloc) and Serbia (formerly part of Yugoslavia). Early 2008 will see another nuclear train making yet another delivery, this time from Latvia, formerly a republic of the USSR.

In accordance with nuclear security and counter-terrorism agreements reached between the U.S. and Russia in Bratislava, Slovakia, two years ago, the United States will pay for the transport. Latvia will be charged the EUR 420,000 bill for the processing and consequent storage. The sheer gap between the EUR 8.8m to be spent on at-home, European-level management of low- and medium-level waste and the payment of EUR 420,000 for which Latvia will have its highly radioactive waste stored in Russia virtually for all eternity is all the more frightening because it is so apparent.

Russia seems to be engaged once again in what is called “ecological dumping.” This no-pun-intended policy allows it to accept foreign nuclear waste at laughable prices with no considerations of what consequences might follow.

The reasons behind such a policy of Russia’s atomic authorities is clear, too: If the Latvian legislation authorises its citizens to make decisions on a local level, meaning that the community just might want to declare a no-go on a project of building a radioactive repository near where they live, then in Russia, the population does not, as a rule, even hear about any nuclear waste buried in their neighbourhood. Rosatom does not even inform the population that nuclear repositories are found at each of the ten nuclear power plants in operation in Russia.

If more nuclear power plants are built in the country, as Kiriyenko’s plan states anyway, each of these plants will come with a nuclear waste storage facility as a “factory-installed option.”

One could also think of the rather large number of research nuclear reactors operated in Russia – much like that being dismantled in Latvia’s Salaspils. These reactors are not in any plans of shut-down or disposal. In Moscow alone, the Kurchatov Scientific Centre is running a research reactor on Oktyabrskoye Pole, right next to residential buildings, and the Moscow Physics and Engineering Institute is operating a training reactor in the apartment-block neighbourhood of Kashirskoye Shosse.

These reactors, too, generate waste, and that waste needs removal and burial. And the reactors themselves will at some point have to be shut down and dismantled, while storage facilities will have to be built to accommodate the waste. But one is unlikely to expect the European Union to foot that bill.