Mounting cost are being posed by hazardous waste stored in run-down buildings at the aged Sellafield nuclear site, the UK’s public spending watchdog, the National Audit Office (NAO), said in a report it released last week.

Published on November 13, 2012 by Charles Digges 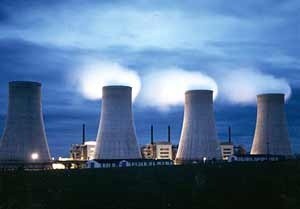 The NAO also said in its report that for 50 years, the operators of the Cumbria-based installation failed to develop a long-term plan for waste, and that costs for decommissioning the Cold War era site had spiraled out of control.

“The NAO report underscored the complexity in the cleanup work that the NDA is undertaking at Sellafield,” said Nils Bøhmer, Bellona’s general manager and nuclear physicist, and a specialist in Sellafield. “The NDA should focus on economic issues as well as safety as they continue their clean up efforts.”

Since 2008, Sellafield Ltd. has been managed by a parent body consortium of Areva, AMEC and URS, which is overseen by the Nuclear Decommissioning Authority (NDA).

Sellafield Ltd immediately issued a response to the NAO report, saying, “We welcome the report and are pleased that the NAO recognize the globally unique challenge we are facing in cleaning up and decommissioning the site.”

“In their report the NAO also highlight a number of areas for improvement, mainly focused around the project management scope of work, which equates to around a quarter of our annual budget,” continued the statement, which is viewable in full here.

The caustic NAO report went on to say that, “any significant containment failure, particularly in legacy storage ponds and silos, could result in highly hazardous radioactive material causing enduring contamination,” and added that some of the older facilities at the site have “deteriorated so much that their contents pose significant risks to people and the environment”.

The NAO also concluded that cleanup projects at Sellafield have so far been “poor” and that there are “significant uncertainties and scheduling risks.”

The NAO report summed up that there is “considerable uncertainty over the time required and cost of completing facilities to treat and store highly radioactive material held in deteriorating legacy ponds and silos.”

Yet, the report was not all doom and gloom for Sellafield Ltd, and included a number of recommendations to get the complicated process of cleaning up five decades of nuclear legacy waste back on track.

Among them were: Cost and schedule estimates, benchmarking tem against previous experience; applying the experience of other organizations that have entered into similar cost reimbursement contracts to that of the NDA’s with Sellafield; securing assurances to the NDA from Sellafield that risks to time and cost from its approach to supply chain management have been fully assessed, and the recommendation that the NDA routinely report externally on its projects.

How long will it take and how much will it cost to clean up?

Last year the NDA unveiled a lifetime plan for the cleanup of Sellafield by 2120, with a price tag of £67billion ($107 billion), Power Engineering International Magazine reported.

Sellafield Ltd said “[…] we’ve worked closely with the NDA to draw up a plan which paints an accurate and realistic picture of the state the site is in.”

So far, 55 buildings at Sellafield have been decommissioned, but a further 1400 remain. Of these, 240 are operating nuclear facilities or legacy buildings containing radioactive materials. In the 2011-2012 financial year, £1.6 billion was spent on running and cleaning up Sellafield, with £411 million going to major projects, said the report.

And while the NAO report praises the NDA for improvements in commercial operations on the site, including the reprocessing of spent nuclear fuel, it found that some of the NDA’s 14 major projects at Sellafield have not provided good value for money.

These projects are for the design and build of complex chemical engineering projects to retrieve, package and store hazardous nuclear material from old facilities. The projects range in cost from £21m to £1.3bn.

“Twelve of these projects delivered less than planned during 2011-2012, which could delay risk and hazard reduction,” states the report.

Sellafield is the UK’s largest and most hazardous nuclear site, storing enough high and intermediate level radioactive waste to fill 27 Olympic-sized swimming pools, according to the BBC.

The NAO report states however, that owners of the station do not know how long it will take to build storage and treatment centers for the hazardous material or how much the final bill for decommissioning the plant is likely to be.

Some who oversaw the compilation of the NAO report were not optimistic that its findings would bring about near term results.

A long-term plan to clean up the NDA-owned site, was agreed to last year after an earlier one stalled because it was deemed “unrealistic,” British news reports said.

Margaret Hodge, a Member of Parliament who chairs the UK’s public accounts committee, said in a statement that: “Projects of this length and ambition are ripe for dithering and delay. I am dismayed to discover the cleanup of Sellafield is no different.”

“The authority’s revised plan sees critical milestones shunted back by up to seven years,” she said, adding, while quoting from the report, that: “Hazardous radioactive waste is housed in buildings which pose ‘intolerable risks to people and the environment.’”

She said that unless the NDA holds Sellafield Ltd to a “rigorously benchmarked plan,” timetables could continue to be delayed and costs could mount.

Amyas Morse, head of the National Audit Office, added that in a statement that, “Owing to historic neglect, the authority faces a considerable challenge in taking forward decommissioning at Sellafield.”

“It is good that the authority now has a more robust lifetime plan in place but it cannot say with certainty how long it will take to deal with hazardous radioactive waste or how much it will cost,” Morse said.

He added that that, “securing future value for money will depend on the authority’s ability to act as an intelligent client, to benchmark proposed levels of performance and to provide better contractual incentives for making faster progress towards risk and hazard reduction.”

Complete list of recommendations to the NDA from the NAO report

Here are the four major recommendations made by the NAO report to the NDA that the audit watchdog hopes will contribute to more cost-effectively cleaning up the Sellafield legacy:

A. The Authority must better understand how Sellafield Limited has prepared cost and schedule estimates in the lifetime plan and business cases. Where possible, it should benchmark them against previous experience and externally; for example, for support and overhead costs, or materials and labour. Identifying and routinely collecting data is essential for internal and external benchmarking. The Authority should ensure Sellafield Limited’s processes include gathering market data for benchmarking, including from its parent body, and for other sites in its estate if possible. It should also require Sellafield Limited to consider the evidence on optimism bias based on past performance. This would allow the Authority to get stronger assurance that future plans are deliverable but stretching.

B.  To gain better value for money from its cost reimbursement contract with Sellafield Limited, the Authority should gather lessons from other organizations that use this type of contract. The end of the initial term of the parent body agreement in 2014 provides an opportunity for the Authority to strengthen existing incentives, which so far have not improved project performance as the Authority expected. The Authority needs incentives for risk reduction that sufficiently emphasize the timely completion of projects that meet quality standards for nuclear facilities.

C. The Authority should obtain assurance that Sellafield Limited has fully assessed risks to time and cost from its approach to supply chain management and put sufficient mitigations in place, with clear individual responsibilities. Sellafield Limited has typically used cost-reimbursement or target-cost contracts for major projects, involving limited risk transfer to the supply chain. The Authority has approved Sellafield Limited’s decision to re-compete the contract for the single largest project at Sellafield – the silos direct encapsulation project. This is an attempt to transfer some risk to the supply chain. However, it has the potential to introduce further risk to achieving an already uncertain timetable for this project.

D. The Authority should routinely report externally on its major projects, with performance information against original schedules and budgeted costs. This will enable Parliament and the public better to hold the Authority to account for important work, which is at considerable cost to the taxpayer.