ST. PETERSBURG -Russian President Vladimir Putin signed a decree authorising the establishment of a new holding, Atomenergoprom, which will bring together all branches of the Russian nuclear fuel cycle, a move critics say will have a negative impact on the safety and security of nuclear sites.

Published on May 7, 2007 by Vera Ponomareva, translated by Maria Kaminskaya 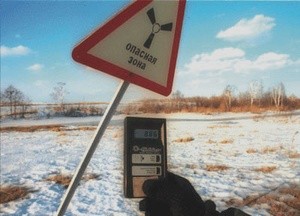 Last week, Putin signed a decree authorising the establishment of a new holding, Atomenergoprom, which will bring together all branches of the nuclear fuel cycle—from the supply and enrichment of uranium to nuclear power plant construction and production of nuclear energy. Prior to the consolidation, all state enterprises will be reincorporated as joint stock companies.

According to representatives of the top Russian nuclear authority, Rosatom, privatising the enterprises of the nuclear fuel cycle and uniting them into a single holding will attract investment in the industry.

“In the grand scheme of things, this course of development would seem right, as it would mirror the Western model. There’s just one sticky point here: This transformation notwithstanding, Rosatom will be keeping all of its Russian and Soviet peculiarities, which makes one feel ambivalent about these reforms,” said Alexander Nikitin, chairman oSt. Petersburg-based Environmental Rights Centre Bellona.

Where will the money come from?
“Within the next 12 years, we must build 26 [new reactor] blocks, and build them using the most up-to-date technologies,” said Putin in an address to the Federal Assembly on April 26th, the 21st anniversary of the Chernobyl disaster.

Last year, the government approved a new programme dubbed “The development of Russian nuclear energy industry in 2007 through 2010, with perspectives set until 2015,” which came with a price tag of 1.47 trillion roubles ($47.9 billion). Half of the bill will be footed by the state, and the other half will come from the nuclear industry itself.

The Kremlin hopes that large companies working in energy and metallurgy will become “private investors” into the programme. Last July, Rosatom and Gazprombank signed a framework cooperation agreement, in which Gazprombank pledged its readiness to finance nuclear-related projects. Furthermore, the agreement included a project of a joint venture with the purpose of purchasing assets in the atomic engineering industry, including the heavy machine producer Izhorskiye Zavody near St. Petersburg and the controlling stock in OMZ Spetsstal, a semi-finished metallurgical products company, also in St. Petersburg.

However, there is serious doubt as to whether cooperation in the nuclear field envisioned by this programme will involve market principles, which imply free will.

“Of course, everything will depend on the terms that the main shareholder of the atomic monstrosity, the state, will be offering. As a rule, few in Russia will decline an offer made by the state for reasons that don’t need explaining,” Nikitin said.

Another obstacle to private financing of the atomic energy industry is its unprofitability. In February 2007, the aluminium holding SUAL backed out of plans to invest in the construction of the second Kola Nuclear Power Plant, saying this project was uneconomical.

In April 2007, Rosatom inked a cooperation agreement with another aluminium giant, RUSAL, on joint development of the nuclear power plant on the one side and an aluminium plant in the Far East on the other. Just a few days ago, Greenpeace extended an open letter to the company, detailing the economical risks of investing in nuclear energy.

“This will only be about having to choose the lesser of two evils: Either it is a losing game for the investor, or the nuclear energy industry itself will suffer financial losses. There are no other scenarios here, because, at the very least, the atomic energy economy cannot supply aluminium companies with energy to tariffs acceptable to the latter,” Greenpeace experts say.

Income from abroad: A push from Rosatom
Money needed to develop nuclear energy at home could be earned by building nuclear power plants abroad. However, an ambitious programme such as the one envisioned by Rosatom will hardly leave any resources left to carry out contract work outside the country.

This issue was recently raised by Rosatom chief himself, Sergei Kiriyenko: “We are already turning our noses up at foreign contracts, tentatively letting foreign contracts slide, because priority lies with the programme of developing nuclear energy in Russia,” Kiriyenko told reporters last week.

Budget subsidies will stay
Private financing of sites of the atomic energy cycle will be no reason to stop subsidizing them from the budget. In 2007 to 2010 alone, the programme of nuclear industry development will require 674.8 billion roubles ($26.21 billion) from state coffers. As Bellona Web learned from Rosatom’s press secretary Sergei Novikov, these subsidies are in fact more of a profitable investment for the state budget, because “the industry earns more than it spends.” According to Novikov, even now all budgetary funds that are spent on the atomic industry come back with a return.

At the same time, according to Greenpeace evaluations, expenses incurred by maintaining the nuclear industry in Russia are seriously downplayed. Among the most significant half-truths coming from the atomic authority as it calculates energy tariffs are the gradual reduction of natural uranium reserves—which spells growing prices for nuclear fuel – underestimated costs of spent nuclear fuel reprocessing and insufficient financial support of nuclear power plant decommissioning by the state.

The enormous shortfall in revenue stemming from the current tariff system can either be covered by raising prices for nuclear-generated electricity or by doling out more state subsidies, which is the case at the moment. The government seems to be choosing the latter for at least the next three years as well. First deputy prime minister Sergei Ivanov said recently that the Kremlin had decided to freeze tariff growth for a period of three years.

“This was not an easy decision, but I think it was the right one,” Ivanov said.

According to co-chairman of the environmental group Ecodefense! Vladimir Slivyak, the atomic industry, by definition, cannot be self-sustaining and thus will not survive without cash infusions from the budget.

“Reporting cheerfully on income received from such and such contracts in the accounting year, Rosatom never says how much money it has taken from the state budget to begin with in order to provide for the fulfilment of these contracts," he said in an interview with Belliona Web.

"First, the state and international donors invest gigantic sums into upgrading safety and security of nuclear power plants and into nuclear waste management, and then that nuclear power plant issues a write-up of how much cheap electric power it has produced and pumped into the grid.”

Safety and security risks
The establishment of the Atomenergoprom holding is only the beginning of a large-scale reorganisation of the industry. Reports appeared last week on the creation of a new corporation out of Rosatom, which, according to Kiriyenko, would as the state’s proxy be responsible for managing “the Peaceful Atom” and state-owned nuclear-related monopolies, such as the nuclear weapons complex, the fundamental sciences and nuclear and radiation safety.

According to Nikitin, a large corporation will be even less accountable to supervision bodies than the system by which the atomic industry is organised today.

“The new atomic structure is undoubtedly a new military and economic monster not unlike the one that Minsredmash was in the USSR,” Nikitin said, referring to the Ministry of Medium-Size Machine Building, which was responsible for developing nuclear industry and delivering the A-bomb in the Soviet state. “Challenging such a structure is extremely difficult. The situation that control and supervision will be in will be even more difficult than the one the USSR had before Chernobyl.”

Nikitin pointed out that this situation is rendered even more problematic by the weak judicial system in today’s Russia. “Russia is not a state governed by the rule of law, which is why regulation and control based on the law—that is, the leeway given by applying the justice system and other institutions of law – are completely excluded from the chain of relations between the supervision bodies and the atomic giant. These relations, and by extension, the level of safety, are only managed by the administration,” he said.

Environmentalists’ serious concerns are also stoked by the fact that the reorganisation of the atomic industry will place nuclear sites and materials in private hands. The only assets that will remain in state ownership will be uranium reserves and weapons-grade plutonium with an enrichment level of over 20 percent.

This, says Andrei Ozharovsky, an expert with Ecodefense!, can result in a degradation in the already insufficient levels of safety and security at nuclear production sites.

“A private owner will be focusing their efforts on receiving maximum profit. This may lead to cutting expenditures on safety and on nuclear waste management,” Ozharovsky said. “As it is, the president’s decree is already creating the threat of new accidents and large-scale disasters.”