As a Russian citizen privy to state secrets and as a regular Russian citizen, former Russian Minister of Atomic Energy Yevgeny Adamov who has done so much for the Russian State is counting on Moscow to get him out of his current extradition tug of war between Washington and Moscow.

Published on September 23, 2005 by Anna Kireeva, translated by Charles Digges 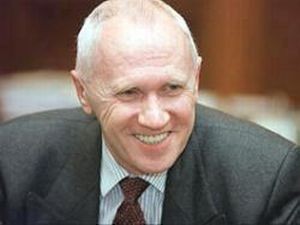 Ever since his arrest and detention in a Swiss prison in Bern, the former minister, who was picked up on a US warrant for, among other things, allegedly laundering $9m in funding from the US Department of Energy for eliminating nuclear waste in Russia, has not passed up the chance to give interviews and comment on his situation—something Swiss courts are currently working to put a damper on. He was arrested May 2nd during a visit to Switzerland to help his daughter with several of her bank accounts that had been frozen.

But so far, Adamov has published two letters in his defence in two Russian papers and given a jailhous interview to Russias popular Ekho Moskvy radio station.

The assertions he delivers in each of his public addresses is the same: He is a patriot whose service to the Russian nuclear industry is obvious, all of the accusations against him are fantasy, the case against him is political, and he himself wishes strongly to return to Russia.

The accusations
Both Russia and the United States are now struggling for Adamovs extradition, and the Swiss judiciary is the only body that can make a decision on his final destination. After his arrest on May 2 on a US federal warrant, Russia hurriedly filed an extradition request with the Swiss government for his extradition to Russia on charges of fraud and exceeding his powers as a minister.

The American extradition request—a 20 page list of charges originating in the Western Pennsylvania Districts US Attorney where the Adamov hold property—was filed later, but the US court had a June 20 deadline to file its charges and extradition request.

Upon his arrest, the former minister refused to comment on the accusations levied against him.

I have a general rule, he said. While abroad, dont speak about matters at home. Even more so, dont criticise domestic situations. Returning to Russia, I will speak on these matters, first of all with those who are dealing with this case, and then with the press.

The Russian Prosecutor General also refused to comment on the Adamov case, saying all evidence and information was an investigative secret.

The Adamov case—political or criminal?
Speaking about the nuances of his arrest in connection to the American accusations, Adamov threads the needle from the political side.

These are not accusations over business, and arent even an attempt to kill the strong beast, but an attempt to get the whole herd, he said on Ekho Moskvy. According to him, the first task of his accusers is to show that all authority in Russia is on the take. Not putting a country with nuclear capabilities under western purveiw is unthinkable. 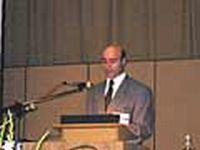 Adamov defended at any cost the Scientific and Engineering Institute of Engery Techology (NIKIET in its Russia abreviation). Saving a government structure from the government, of course, I did not always think of the exorbitant allocation of taxes that would have to be paid to the government. I performed illegally when they forced private enterprises to share profits with the government enterprise. And I finally encouraged theft. I called for stealing specialists from failing institutes of academies, schools of higher education and other fields. And we saved many specialists and their families, said Adamov.

I am proud of such theft.

Workers and specialists at NIKIET are backing their former chief, as evidenced by their Website. The site now includes letters of support for Adamov, one of which reads: Ask anyone in NIKIET and he will tell you that it was thank to fate that they were able to work side by side with such a person. He taught, and we, by his side, learned in fits and starts to work, think and finally live in the new circumstances of new specialists, scholars, engineers, who as a result of the great reforms of the 90s were on the edge of life with holes in one of their pockets and garbage from the government in the other.

Shingrayov also gave Adamov high marks as atomic minister, He said that Adamov took over the helm of Russias nuclear industry in hard times. During Adamovs tenure, said Shingaryov, electricity production went up. In 2000, Minatom forwarded a strategy to develop the atomic industry over the next 50 years and it was approved by the government.

This was an enormous achievement and I evaluate the work that Adamov did as minister with a plus grade, said Shingaryov.

However, public environmentalist have a very negative assesment of Adamov while he was minister of atomic energy. For us, Adamov personifies the most dangerous plans and the direction atomic workers are taking, said Yablokov.

He was the biggest lobbyist for the most dangerous anti-environmental policies—turning Russia into an international nuclear waste dump, Yablokov said in relation to a package of legislation allowing Russia to accept nuclear waste from abroad.

But Shingaryov commented that the approval of this legislation has a severe ecological thrust. It seriously toughens the demands for the import of spent nuclear fuel (SNF). According to Shingaryov, the scale of SNF imports to Russia—which have been low—have been such because of Russias high regulatory standards. It is worth noting, however, that the United States controls some 70 to 90 percent of the world SNF and Washington has thus far refused imports to Russia for political reasons—most significantly for Moscows cooperation with Iran in building a light water reactor on the Persian Gulf.

Shigaryov chalks up ecologists concerns about the environment to a PR campaign. He said that there are more people for the import of radioactive waste in Russia than there are againt—despite a poll conducted by Greenpeace in 2001 showing that 90 percent of the Russian population was opposed. In Shingaryovs opinion, Adamovs mistake was that he put the discussion of the legislation forth into the public arena across the country.

More of the negative opinion among ecologists toward Adamov can be explained by the fact that he actively supports the construction of floating nuclear power plants. According to Yablokov, Adamov is hindering knowledge about the actual truth behind the Chernobyl disaster. Adamov has said, for instance, that the catastrophe was an insignificant technical incident.

The liquidators of the fallout, who worked after the accident at the Chernobyl reactor fall ill even more rarely than the average person.

Adamov hides the truth about the terrible repercussions of irradiation on the health of nuclear industry workers. He publicly called Yablokov a liar when he presented official data about illness within the nuclear sector. Yablokov sued Adamov for slander and won.

Many, including Yablokov, consider that Adamov has betrayed the national interests of Russia not only on the level of the nuclear industry, but on commercial and personal as well.