In what is hailed as a landmark international accord breaking three years of tension, North Korea promised Tuesday to shut down and seal its main nuclear reactor within 60 days in return for 50,000 tonnes of international fuel aid in a first step toward abandoning all its nuclear weapons and research programmes.

Published on February 14, 2007 by Charles Digges 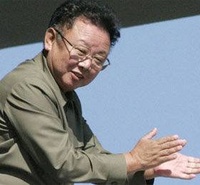 But the accord is so far being treated as far from a done deal by five of the six nations in the so-called six-party talks – which include North and South Korea, China, Russia, Japan and the United States – the last five of whom are still urging caution in dealing with an unpredictable Pyongyang.

North Korea reaffirmed a commitment to disable the reactor in an undefined next phase of denuclearisation and to discuss with the United States and other nations its plutonium fuel reserves and other nuclear programmes that "would be abandoned" as part of the process, international news agencies reported.

In return for taking those further steps, the accord said, North Korea would receive additional "economic, energy and humanitarian assistance up to the equivalent of 1m tonnes of heavy fuel oil." This will be supplied by China, South Korea, Russia and the United States. US President George Bush will therefore have to seek congressional approval for the disbursement – a possibly bumpy ride given the level of anti-North Korean sentiment in Congress.

The nuclear shut down agreement was read out in front of delegates, after five difficult days of talks, by China’s chief envoy Wu Dawei, the BBC reported. The deal, according to Wu, was “favorable for the peace process in Northeast Asia and for improvement of ties between relevant countries.”

Bush told reporters that, “These talks represent the best opportunity to use diplomacy to address North Korea’s nuclear programmes.”

Return to diplomatic channels
In Seoul, there is relief that the US has gradually moderated its position, the BBC reported. In the course of talks, Washington dropped its long objection to direct talks with the North Koreans and to moderate the financial squeeze on the nation it implemented two years ago. But South Korean President Roo Moo-Hyun emphasised the urgency of the situation to news agencies.

“All necessary measures must be taken immediately in order to translate the agreement into reality,” he said.

The United States has agreed to begin removing North Korea from its list of terror states – Bush’s so-called three part axis of evil that also includes Iran and Iraq – and to establish diplomatic ties with Pyongyang.

The North Korean pledges – in an agreement reached by the six-party group – apparently marked North Korea’s first concrete commitment to carry out an agreement in principle, dating from September 2005, to relinquish its entire nuclear programme.

US and European diplomats told news agencies that they viewed the pledge as a “down-payment” on securing a nuclear-free Korean Peninsula.

Under the agreement, Pyongyang has pledged to close its Yongbyon reactor within 60 days, in return for 50,000 metric tons of fuel aid or economic aid of equal value. International inspectors will also be called in to verify Yongbyon’s closure.

North Korean will eventually receive another 950,000 tonnes of oil or an equivalent when it permanently disables its nuclear operations. The oil is currently valued at $240m.

“I think it’s actually a good story of international co-operation and bringing together the right states to bring together the right set of incentives and disincentives,” US Secretary of State Condoleezza Rice told reporters. "This is . . . still the first quarter; there is still a lot of time to go on the clock; but the six parties have now taken a promising step in the right direction."

She added that to "maintain momentum" the foreign ministers of the six countries would meet after 60 days – the scheduled shutdown of the Yongbyon reactor.

This deadline two months from now will be the first test for international observers to see if the process is actually working. But if past experience is any guide, each step will be hotly contested and further breakdowns in the process are likely.

Aside from a full accounting of North Korea’s estimated 50 tonnes of plutonium and some half-dozen bombs, the United States is insisting on an accounting of Pyongyangs alleged parallel nuclear programme based on the enrichment of uranium – which North Korea denies exists.

Cautious praise and outright criticism
These variables have caused several international officials to sound notes of restraint – in some cases, outright disagreement – over the deal.

White House spokesman Tony Snow called the deal “a very important first step toward denuclearising the Korean Peninsula. But he was also cautious to note that “if (North Korean doesn’t) abide by the terms, they don’t get the benefits they desire.”

“There is still a possibility of sanctions through the international community,” he told reporters.

"There is considerably more leverage on the North Koreans by virtue of the fact that you have the Chinese, the South Koreans, the Japanese and the Russians also involved here – they’re answerable not merely to the United States, but in fact to their own neighbours who are significant stakeholders in this."

Indeed, there are already signs that North Korea’s commitment to the letter of the agreement is less than certain. The official North Korean radio station yesterday broadcast a report saying the agreement called for only a temporary shut down of the country’s nuclear facilities in exchange for the fuel aid.

Assistant Secretary of State and Chief US negotiator Christopher Hill said the new agreement is just a first step.

Former US ambassador to the United Nations, John Bolton – who has always favored a more punitive line against North Korean – told CNN he was suspicious of the developments. He said Pyongyang should not be rewarded with "massive shipments of heavy fuel oil" for only partially dismantling its nuclear arsenal.

"It sends exactly the wrong signal to would-be proliferators around the world," Bolton told CNN.

And while Japan has approved the joint agreement, Foreign Minister Taro Aso was quoted as saying that Tokyo would not provide aid as there had been no progress on the issue of Japanese nationals abducted by North Korea in the 1970s and 80s.

Is the deal here to stay?
Some of the nay-sayers rely a history of failed deals to back up their pessimism, and yesterday’s agreement with North Korea, which resembles many before it that have deteriorated, begs a number of questions.

Namely, are these new moves from the hermetic Stalinist state a true olive branch toward ending the long-standing nuclear stalemate, or are they yet another one of the several deals stuck over the past 12 years that will eventually unravel?

A deal authored by the Bush Administration itself in September 2005 rapidly unraveled because of difference between the United States and North Korea over its implementation. The idea behind that agreement was to stagger rewards in line with concrete North Korean steps toward nuclear disarmament.

Bush and his adherents have also been flagrantly hostile to an agreement signed by the Clinton Administration in 1994. Staggered rewards for disarmament progress was also the central principle of that agreement.

Now, 13 years later, the Bush administration is signing off on a deal that bears striking similarities to the one agreed to by his Democratic predecessor – a nuclear freeze in return for economic and diplomatic incentives.

What could possibly make the difference this time in the eyes of international observers who have the power to enforce sanctions is that North Korea now claims to be a nuclear power, and used the past three years of hostilities to test a nuclear device and build a small arsenal.

What is the political dividend for North Korea?
BBC political analyst Charles Scanlon noted that the North Korean government would likely see these latest developments in its decades-long confrontation with the United States as a victory.

“(North Korea’s) goal is probably the extraction of economic aid and the maintenance of a nuclear arsenal as a final deterrent – an objective that appears more realistic now than it did when the latest confrontation began,” Scanlon wrote.

The new deal and the months of discussion that will begin on March 19th will bring North Korean Presdient Kim Jong Il face to face with some tough questions regarding the national prestige he has tried to cultivate with his nuclear saber-rattling, namely, whether he is really ready to forsake the roguish advantages that nuclear weapons confer on his isolated, impoverished country.