Logs from the hours following the 9.0 magnitude earthquake and tsunami that struck the Fukushima Daiichi nuclear plant and interviews with workers show that US-designed hydrogen vents malfunctioned, leading to devastating pressure buildups and explosions at three of the plant’s six reactors, causing massive released of radiation. 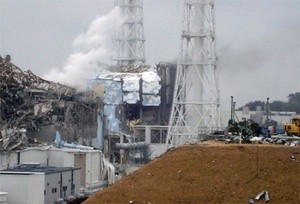 The failure of the vents calls into question the safety of similar nuclear power plants in the United States and Japan.

After the venting failed at the Fukushima Daiichi plant, the hydrogen gas fueled explosions spewed radioactive materials into the atmosphere, reaching levels about 10 percent of estimated emissions at Chernobyl – or 5 million Curies – according to Japan’s nuclear regulatory agency.

Hydrogen venting – though it releases radiation – was critical to reliving intense pressure building up in reactor Nos 1, 2 and 3 at the plant after the March 11 tsunami knocked out all power to the cooling systems to the reactors. As cooling water stopped flowing through the reactors, they began to dangerously overheat.

Bellona nuclear physicist Nils Bøhmer said that in such circumstances, venting is the lesser of two evils.

“If [the venting] had worked it would have minimized the accident,” he said. “But since it failed, the reactors exploded, releasing far more radioactivity into the environment.”

Tokyo Electric Power Co (TEPCO) has now finally confirmed that meltdowns occurred in reactor Nos 1, 2 and 3 all of which suffered hydrogen explosions that blew away their containment buildings – the first line of defence against radiation leaks – thanks to the failed General Electric hydrogen vents.

“These disclosures mean that TEPCO has known since the beginning that the situation was far more sever than they told the public and even the government,” said Bøhmer.

“There also seems to have been a tremendous amount of human error involved, particularly delayed decisions on behalf for the government, and they will be in the hot sea for this,” he said

American officials have said reactors in the United States would be safe from such disasters because they were equipped with new, stronger venting systems.

But TEPCO, which runs the Fukushima Daiichi, now says that it had installed the same vents years ago.

Over the course of the ongoing crisis, several people involved in designing the GE Mark 1 reactor in the 1960 –  which accounts for five of the six at Fukushima Daiichi, several more throughout Japan, and 28 in the United States –  have come forward to say that as early as the 1970s the reactor design had flaws related to the small size of its containment chamber, which would lead to catastrophic pressure buildups.

Several of the initial engineers who reviewed the Mark 1 design resigned from GE when the technology giant decided to press ahead with the project despite known defects.

Japanese government officials have also suggested that one of the primary causes of the explosions was a several-hour delay in a decision to use the vents, as Tokyo Electric managers agonized over whether to resort to emergency measures that would allow a substantial amount of radioactive materials to escape into the air.

But when the decision to use the vents finally came nearly a day after the tsunami had overwhelmed the plant, it was found they did not work, according to TEPCO records and documents.

A release of documents that catalog the actions of workers at the plant following the disaster obtained by the New York Times, as well as Bellona Web email interviews with experts in Japan, show the most comprehensive evidence to date that mechanical failures and design flaws in the venting system contributed to delays in the venting procedure that might have saved the reactors and blocked massive releases of radiation into the environment.

The documents paint a dramatic picture of increasing desperation at the plant in the early hours of the disaster, as workers who had finally gotten the go-ahead to vent realized that the system would not respond to their commands.

Venting would have prevented worse disaster

While venting would have allowed some radioactive materials to escape, one official in Japan told Bellona Web in an email interview that those releases would have been far smaller than those that followed the explosions. Bellona’s Bøhmer, in the early days of the crisis, confirmed this to be the case, saying venting was a necessary evil to avert more dire catastrophe.

The blasts were also responsible for breaches in containment vessels – also a theory forwarded by Bellona’s Bøhmer early on – which have complicated efforts to cool the fuel rods, contain radioactive leaks from the site, and which have led to fuel melts through the reactor cores at No 1, 2 and 3.

TEPCO has said that one reason the GE designed vents did not work is because they relied on the same source of power as the rest of the plant – the aged backup generators in basements that were disabled by an inundation of water. TEPCO also reported that the earthquake could have damaged valves that are a part of the hydrogen venting system.

Though the valves are operated from the control room, they are also designed to be operated manually. But by the time the government green-lighted the hydrogen release more than 17 hours after the tsunami hit, radiation levels made the manual release too dangerous to approach, said the TEPCO logs, according to the New York Times.

Fukushima must be lesson one for the nuclear industry

“The Japanese experience should be a learning experience for the world,” said Bøhmer. “That lesson should be that nuclear industries worldwide must undertake enhanced emergency training – where the industry in step with the kinds of disasters that can occur, then the impact of this disaster might have been lessened”

“Japan is going to teach us lessons,” he said. “If we’re in a situation where we can’t vent where we need to, we need to fix that.”

Officials from General Electric would not comment on the vent situation when reached by Bellona Web for comment today.

According to TEPCO logs as cited by the New York Times, the gravity of the crisis was evident as soon as the tsunami breached the plant’s sea walls, which many experts have said were too low in the first place.

Building pressure not released until day after quake

Within 12 hours of the quake, pressure inside the reactor had reached twice what it was designed to withstand, raising fears that the vessels that house fuel rods would rupture, setting a possible meltdown in motion. Such high pressures, as Bellona nuclear physicist Nils Bøhmer suggested, also made pumping additional cooling water into the reactor – something that was noted on the TEPCO log.

According to the account of an anonymous source who spoke with the New York Times, Japanese government officials ordered TEPCO to ventilate, but TEPCO wished to continue weighing other options. Fukushima director Masao Yoshida wanted to vent as soon as possible, and engaged in a heated shouting match with TEPCO Vice President Sakae Muto.

Venting did not begin until 17 hours after the government ordered it – a whole day after the quake hit – and six hours after TEPCO management gave the go ahead, according to TEPCO logs.

Because of the venting failures, the explosions began. The first reactor to explode was reactor No 1, on Saturday, March 12, followed by reactor No 3 on Monday. Next was reactor No 2 early on Tuesday morning.

With each explosion, radioactive materials soared into the air, forcing the evacuation of tens of thousands of earthquake survivors living near the plant, contaminating crops and sending a plume of radioactive isotopes as far as the United States and Europe within days.

US says its vents safe, but Fukushima proves otherwise

TEPCO only in recent days has acknowledged that damage at the plant was worse than previously thought, with fuel rods most likely melting completely at reactors Nos 1, 2 and 3 in the early hours of the crisis, escalating the danger of more catastrophic releases of radioactive materials. The company also said new evidence confirms that at Reactor No 1, the pressure vessel, the last layer of protection, was broken and leaking radioactive water.

The improved venting system at the Fukushima plant was first mandated for use in the United States in the late 1980s as part of a “safety enhancement program” for boiling-water reactors that used GE’s Mark I containment system, which had been designed by General Electric in the 1960s. Between 1998 and 2001, Tokyo Electric followed suit at Fukushima Daiichi, the records indicate.

The GE Mark 1 design has been cited by Japanese and American engineers as being flawed from the its first designs on the drawing board, and is fast becoming in industry opinion the Western version of the fatally flawed Russian RBMK -1000, the reactor that exploded at Chernobyl.

Mitsuhiko Tanaka, an engineer who was responsible for implementing the GE Mark 1 design at the Fukushima Daiichi plant in the early 1970s, said in a recent interview that for 40 years, he and others knew the reactor design to be faulty because its containment vessel is too small to adequately withstand the kinds of pressure buildups that bore out at reactor Nos 1, 2, and 3.

And 35 years ago, Dale Bridenbaugh and two of his colleagues at General Electric resigned from their jobs after becoming increasingly convinced that the Mark 1 reactor, which they were reviewing, was so flawed it could lead to a devastating accident.

“The problems we identified in 1975 were that, in doing the design of the containment, they did not take into account the dynamic loads that could be experienced with a loss of coolant,” Bridenbaugh told ABC News in March.

“The impact loads the containment would receive by this very rapid release of energy could tear the containment apart and create an uncontrolled release,” said Bridenbaugh in televised remarks.

Tanaka, who says he turned his back on nuclear energy after Chernobyl in 1986, brought several specific concerns about Fukushima Daiichi’s reactor No 1 to the Japanese government in 1988 with no results. Two years later he made his concerns public in a book entitled “Why Nuclear Power is Dangerous.”

The red flags raised by the book remained ignored by the government, Tanaka said.

“This means that regulations are not strong enough, and that regulators are far too close to their industry couterparts, which leads to obvious problems being ignored,” he said.

Bøhmer urged the nuclear industry worldwide to undertake stress tests of their reactors.

“It is vital that all nuclear regulators review their reactor safety, especially those reactors that are similar in design to the ones at Fukushima Daiichi,” he said.