Tokyo Electric Power Co (TEPCO) began the release of some 11,500 tons of radioactive water into the Pacific Ocean Monday from a waste treatment facility at the crippled Fukushima Daiichi nuclear power plant, and said it would begin draining more radioactive water from reactor Nos 5 and 6 within hours.

Published on April 4, 2011 by Charles Digges 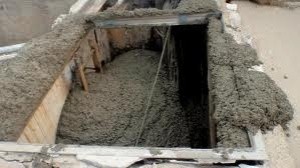 Meanwhile attempts to plug a leak of highly contaminated water though a 20 centimeter crack, which TEPCO technicians worked Saturday and Sunday to seal, have failed.

In all, about 11,500 tons of radioactive water – collected at the Fukushima Daiichi as rescue workers have attempted to douse overheating reactors and spent nuclear fuel storage pools with fire trucks, seawater dropped from helicopters and water cannons – will be dumped into sea, officials said Monday.

Workers are also grappling with a crack and water leak at reactor No 2 that has been a conduit for high levels of contamination pouring into the sea.

Officials with TEPCO, which runs the plant, proposed Monday afternoon releasing excess water that has pooled in and around reactor Nos 3, 4, 5 and 6 into the sea. But most of the dumped water – 10,000 tons – will come from the plant’s central waste treatment plant, which will then be used to store highly radioactive water from the No 2 unit, an official with the power company told Kyodo news.

The radiation levels were said by officials to be the highest in the water from reactor No 6.

Japanese Chief Cabinet Secretary Yukio Edano called the dumping “unavoidable,” even though this liquid was most likely contaminated in the process of trying to cool nuclear fuel rods.

Radiation in water an unknown quantity – but will spread worldwide

Bellona’s nuclear physicist Nils Bøhmer could offer no concrete prognosis on what the giant water dump would mean for the sea surrounding the plant, which has already highly irradiated and has borne radioactive water at least 20 kilometres down the coast, according to TEPCO.

“It is hard to say because it is not known how much radioactivity is contained within these places, either the reactors or the central waste treatment facility,” he said. “But this will be the first dump of many in a process that is going to continue for months.”

Of particular concern to many is the plutonium that will enter the sea when water from reactor No 3 – which runs on mixed plutonium and uranium oxide, or MOX, fuel. But Bøhmer said that is less of a concern than other more transient radioactive elements.

“The plutonium will settle in the sediment at the sea bottom, much like it has in the Irish Sea,” near Britain’s embattled Sellafield nuclear site, which has dumped waste into the ocean, said Bøhmer. “What we don’t know is how much more transient radioactive isotopes will be dumped, and how much contamination will occur along the coast – it will be considerable.”

TEPCO has said that the radioactivity in the water would be “harmless” in a refrain that has become familiar over the three weeks the crisis has been toxically smoldering.

Vladimir Slivyak, co-chair of Russia’s Ecodefence, agreed with Bøhmer, saying in an email interview that he, too, had not seen any estimates on the amount of radioactivity the dumping would release, and added that it is difficult to calculate.

“What is clear is that the water is highly contaminated and a large amount of radioactivity will leak into the environment, and the amount of contaminated fish and other sea life will rapidly grow,” he told Bellona Web. “Then the radiation will be distributed around the globe with the fish. “

Bøhmer noted that the psychological and economic impact to Japan surrounding consuming fish – a staple of the Japanese diet – will be profound as the dumping progresses.

Farmers, meanwhile, are pushing for lower standards on radiation in food, calling them unnecessarily stringent. On Monday, Edano said these limits would not change, even as he outlined a process in which sales restrictions on certain crops, in certain areas, would be lifted if they test safe three times in a row.

“Japan needs to put in place a strict and stringent apparatus for monitoring radiation levels in fish,” said Bøhmer, but added that the Japanese government has done little to earn it’s country’s trust throughout the crisis.

“They will require international help in monitoring food, and to battle the crisis at the plant in general,” he said. “If international experts, such as the French and the United States could also sign off on the safety of fish products, the Japanese government might rebuild some trust among its people,” he said.

Though France and the United States have experts on the ground, Japan has overall been reluctant to accept offers of international assistance that have poured in from around the globe.

Continued and uncontrolled leakage into the sea at reactor No 2

Authorities have prioritized dealing with water from reactor No 2 unit, some of which has been gushing into the sea through a crack in a concrete shaft.

The leak was only discovered yesterday and efforts to clog it with cement on Saturday and a chemical compound mixed with sawdust and newspaper have failed.

Radioactivity in the water in the shaft was reported by TEPCO to measure 1,000 millisieverts, or 330 times the amount of radiation someone living in an industrialized nation would be subjected to in a year.

As they mull other ways to cut off the leak at its source, Hidehiko Nishiyama, an official with Japan’s nuclear and industrial safety agency (NISA) told reporters that workers will install a silt fence along a damaged sea wall surrounding the plant. The aim of this screening, usually used to halt erosion at construction sites, is to prohibit the spread of radioactive particles into the sea.

Workers also have injected a dye tracer into the water to allow them to track the dispersal of such particles, the Nishiyama added.

Addressing the issue quickly is critical because officials believe it is a source of alarmingly high radiation levels in seawater near the plant, as well as in nearby groundwater.

Complicating the situation is the fact that, in some cases, authorities don’t even know how much radiation is getting out.

After some high-profile errors, little new information on water, ground and air radiation has been released since Thursday. One reason is that the dosimeters being used don’t go above 1,000 millisieverts per hour, Junichi Matsumoto, an executive with TEPCO, said, according to reports.

Plugging the external leak is job one in preventing the outflow of radiation into the Pacific. But it may not be the most difficult, or important, task ahead.

Authorities still have to figure out how the tainted water got into the concrete shaft in the first place. The water had to come from somewhere, potentially traveling across melted-down nuclear fuel in the reactor’s core before somehow reaching the outside.

Determining why and how that happened – and what to do about it – may be “exceptionally challenging,” physicist James Acton, with the Washington-based Carnegie Endowment think tank told CNN. Officials may have to inspect a complex array of pipes inside the dangerous radioactive environment inside the containment buildings.

The state of reactor Nos 5 and 6 is another new problem. These reactors that shut down as soon as the quake hit, were though to be more or less stable. But water in their turbine buildings’ basements threatens the power supply for the system used to cool nuclear material in these reactors’ spent fuel pools, said Edano. This makes it imperative to pump out that water, which will end up into the sea like that from around reactor Nos 3 and 4.

“Though those reactors are stable at the moment, the growing water level in the turbine houses may disturb their stability,” Edano told reporters.

In the long run, utility and government officials want to make sure the nuclear fuel, and the potentially cancerous materials it can release, never poses a threat again.

One option being considered, a TEPCO spokesman said Monday, is to wrap some or all of the reactors’ containment buildings in massive amounts of sheeting. But for now, the aim is to make sure that the nuclear fuel rods do not overheat – and release more radiation into the air, water and ground.

“Finally, we [need to] establish a long-term policy to cool the reactors,” said Nishiyama, while acknowledging that much work needs to be done in the meantime.