One of Russia’s most pivotal programs for addressing radiation hazards turned 5 years old last month, marking a time for scientists, industry experts and members of the public to assess the progress that’s been made in containing some of the country’s most acute areas of contamination.

Published on December 3, 2020 by Nikita Petrov, translated by Charles Digges 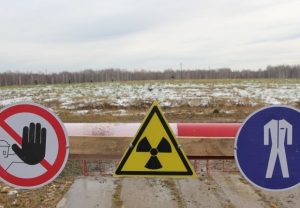 One of Russia’s most pivotal programs for addressing radiation hazards turned 5 years old last month, marking a time for scientists, industry experts and members of the public to assess the progress that’s been made in containing some of the country’s most acute areas of contamination.

In formal terms, the initiative is called the Federal Target Program on Ensuring Nuclear and Radiation Safety for 2016 to 2020 and for the Period Until 2030. That official mouthful covers nearly all projects Moscow is undertaking relative to radioactive waste, spent nuclear fuel, nuclear decommissioning and remediating contaminated and hazardous facilities.

An online roundtable to tally up the effort’s headway was moderated by Alexander Nikitin, Head of the Environmental Commission of the Public Council of Rosatom, Russia’s state nuclear corporation, and general director of Bellona’s St Petersburg offices.

The first to speak was Yevgeny Komarov, who manages Rosatom’s Department for the Development and Implementation of Rehabilitation Programs for Legacy Installations. He by announced that 31 hazardous facilities, occupying some 246,000 square meters, had been decommissioned or reclaimed over the course of the program.

These efforts focused on sites where scientific work had led to the accrual of radioactive waste or to the contamination of equipment. These included the Atomflot nuclear icebreaker port in Murmansk; Moscow’s Institute of Theoretical and Experimental Physics, the Institute of Reactor Materials in Zarechny, near Penza, the A.P. Aleksandrov Scientific Research Technological Institute in Sosnovy Bor, near St Petersburg; the Angarsk Electrolysis Chemical Plant in south-central Siberia, as well as others. Each site required its own specific work.

In Angarsk, for instance, technicians decommissioned building No. 804 – a kilometer-long facility that housed equipment for diffusion uranium enrichment. As part of the Federal

Target Program, it was demolished and some 65,000 square meters were rehabilitated from a contaminated state. Another similar facility at the Angarsk site, called building No 802, will be demolished next.

Of special significance were a series of decommissioning works that took place at the Novosibirsk Chemical Concentrates Plant – a facility located in the middle of the city and its population of 1.5 million. Under the Federal Target program, a branch of the facility that produced fuel elements for graphite reactors was shut down in 2017. Another set of warehouses at the site were decommissioned in 2018. As a result, the sites are now a brownfield that’s been transferred back to the city. In 2019, the Priargunsky Industrial Mining and Chemical Union in central Siberia was decommissioned, resulting in the reclamation of 21,900 square meters of radioactively contaminated territory.

Of special significance to Bellona was Komarov’s accounting of dismantlement work on the Lepse, a vessel that for decades was used to store spent nuclear fuel and radioactive waste from Russia’s nuclear icebreakers – making it one of the biggest radiation hazards in Northwest Russia. Under the Federal Target Program, the ship was cut into piece in 2017. Since then, more than 600 spent nuclear fuel assemblies have been removed from its holds. Technicians will finish the job by 2021. 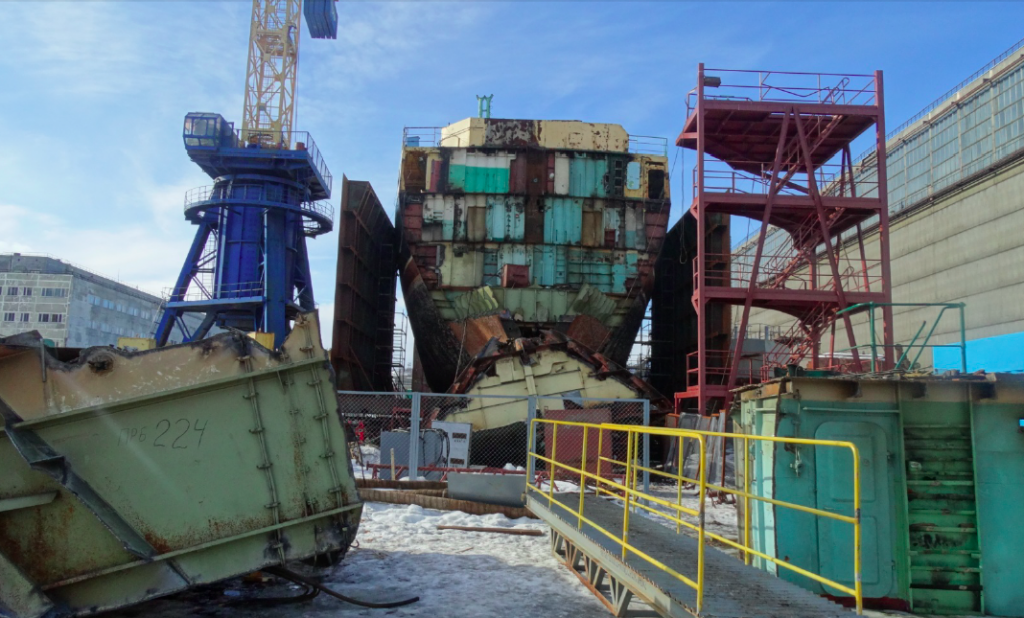 The Siberian Chemical Combine is one of the world’s largest producers of enriched uranium-235 and plutonium-239 for defense and energy purposes. Throughout the years of its operation, it accrued seven open storage facilities for liquid radioactive waste. Komarov reported to the online roundtable that technicians had completed conservation efforts on two of these open pools – B-1 and B-25. These two sites will be used for the conservation of radioactive waste, after which they will become burial points.

The next roundtable speaker was Alexander Dorofeyev, who heads Rostom’s office for developing a unified system for radioactive waste management. That office is tasked with handling the safe removal of radioactive waste, and, thereafter, its transfer to Russia’s National Operator for Radioactive Waste Management, which is responsible for its disposal. Dorofeyev’s office also oversees the creation of disposal facilities and the safe handling of waste that poses a high risk during its extraction.

“The most difficult situation is with waste from the Mayak Production Association, whose extremely complex chemical composition requires a large amount of research and development. There was a lot of accumulated waste during the military program,” the Rosatom representative said.

A key project for Rosatom is the development of an underground research laboratory in a rock formation in the Krasnoyarsk Territory in Siberia for the purpose of building long-term geological storage of radioactive waste. Safety assessments are currently underway and experts are beginning tunneling operations. According to Dorofeev’s presentation, the full-fledged operation at the site should begin around 2025.

The round table concluded with remarks from Rosatom’s Konstantin Ivanov, who heads the corporation office responsible for developing a spent nuclear fuel management system. The office oversees the cutting of spent nuclear fuel assemblies that are removed from nuclear reactors, thus preparing them for transportation to the Mayak Production Association.

In current circumstances, 2.5 times more spent nuclear fuel is removed from Russia’s nuclear power plants that is generated during reactor operation. At the same time, said Ivanov, a number of reactors are being decommissioned. Under the Federal Target Program, Rosatom has placed some 35 percent of accumulated spent fuel from RBMK reactors in dry storage at the Mayak Production Association. This spent fuel has come primarily from the Leningrad, Kursk and Smolensk nuclear power plants. On the whole, the Federal Target Program will facilitate the transfer of 31,104 spent nuclear fuel rods to safe storage.

In further developments relative to spent nuclear fuel, Rosatom says it’s working on technologies that would hinder leakage of radioactive waste into the environment. The corporation forecastst that this technology will make spent fuel reprocessing more economically efficient. The funding for these innovations are included in the Federal Target Program.

Each presentation was accompanied by remarks and questions from specialists attending the roundtable. Valery Menshchikov, a member of Rosatom’s Public Council, said he doubted that Russia was able to accept spent nuclear fuel from foreign states for reprocessing. Rosatom’s Ivanov replied that: “So far, few have a desire to export fuel to us for reprocessing, because we will return the generated high-level waste.” He added that Russia had nowhere to place and process large volumes of foreign spent fuel.

At the roundtable’s end, participants expressed the hope that the Federal Target Program would continue and thanked te lecturers for disclosing detailed information about the state of radioactive waste and hazardous facilities. Such informational openness would not have been possible even 10 years ago. Bellona believes this is to the credit of Rosatom’s Public Council, as well as the corporation’s higherups, which have worked to maintain transparency.