Norway has announced that it will close its last nuclear research reactor after 50 years of operation and a checkered past characterized by difficulties in safely storing radioactive waste. 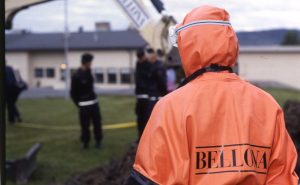 A 1993 Bellona protest at the Kjeller reactor. Credit: Bellona

Norway has announced that it will close its last nuclear research reactor after 50 years of operation and a checkered past characterized by difficulties in safely storing radioactive waste.

The JEEP II research reactor at Kjeller near Oslo has been shut for scheduled maintenance since last December and corrosion was found on several important safety components during an inspection.

On Thursday, Norway’s Institute for Energy Technology, or IFE, which runs the reactor, said that repairing it would be too costly.

Frederic Hauge, Bellona’s president who was once arrested during a protest of the reactor, greeted the shutdown decision with joy.

“Today we are happy, but Norway’s nuclear activity is an ugly and expensive heritage,” he said. “We are proud of what Bellona has revealed about these activities, and today our work has contributed to the proper and concrete result of Norway no longer having any nuclear reactors in operation.”

But the closure creates another headache. Norway’s Himalden storage facility for low- and intermediate-level radioactive waste will hardly be able to accommodate the 17 tons of high-level waste arising from the closure of the research reactor program.

Nils Morten Huseby, the IFE’s managing director, told NRK, Norway’s national broadcaster, that the waste would have to be sent abroad for conditioning, after which it would be returned to Norway for long-term storage. Where that storage will occur, he said, has not yet been decided.

By Bellona’s estimates, final storage for the waste from the Kjeller reactor, as well as from the Halden research reactor, which was shut down last year, could cost more than $1.7 billion – well beyond what the IFE has budgeted to safely store its radioactive legacy. It is therefore thought that the state will have to bear the brunt of the expenses.

“The price for getting rid of old sins is high,” said Hauge. But Norway must pay the cost, plain and simple.”

Bellona has campaigned against Norway’s research reactor program for 30 years, raising the alarm about Kjeller’s slip-shod approach to storing it dangerous nuclear waste.

In 1993, Bellona led a protest at Kjeller during which activists dug up 1,000 barrels of sloppily stored radioactive waste. Though Hauge was briefly detained as a result, the incident focused public outcry.

Both the Kjeller and the Halden reactors have been expensive propositions, and Bellona has long argued that the state subsidies that have helped finance the IFE would be best spent on securing their waste. By the time of its own closure last year, the Halden reactor was operating at a loss of several million dollars a year as private customers for its nuclear research fell away. 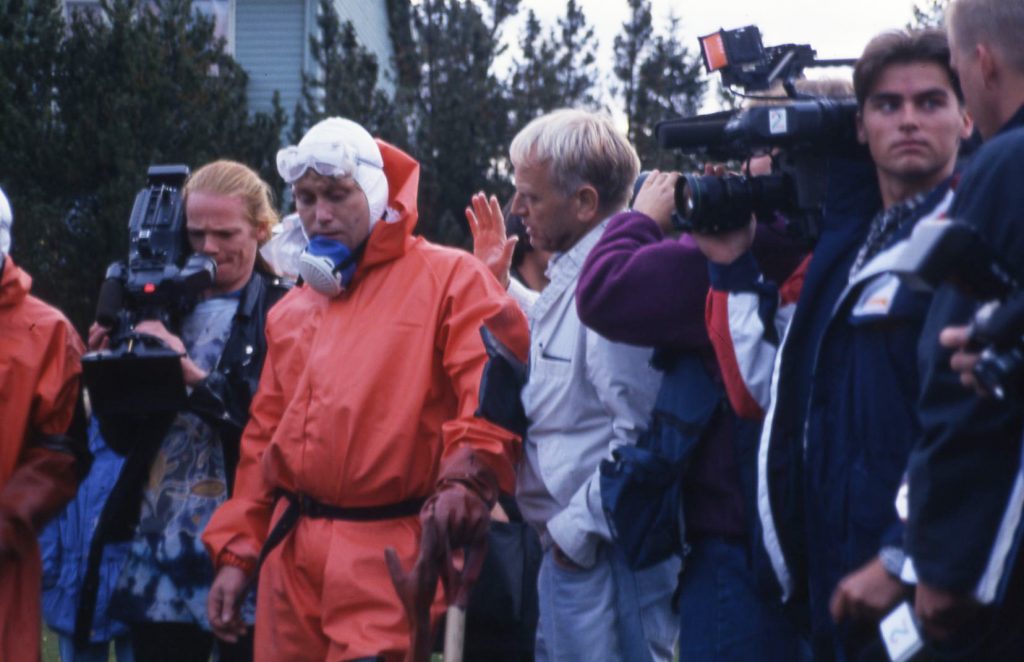 Bellona President Frederic Hauge at the organization's 1993 protest of the Kjeller reactor.

And while both reactors operated more or less safely during their careers, there were certain alarming glitches in their histories that could have spelled bigger trouble later.

In October 2016, a small leak of iodine 131 was detected at Halden, which prompted the evacuation of its staff, but caused no injuries or environmental damage outside the facility. Yet the leak caused a worrying hydrogen buildup inside Halden’s core that was similar to what occurred at Fukushima in 2011. The incident also raised concerns about the stability of the reactor’s core, and highlighted other worries about its cooling system.

In 2006, the JEEP-II reactor suffered a small leak that forced a three-week closure while repairs were made.

Meanwhile, Bellona has urged the Norwegian government to develop a detailed dismantlement plan financed over the long term – which would draw on the knowledge and expertise of technicians that currently operate the reactor.

According to estimates from NRK, some 60 members of the IFE’s staff could be left without work after Kjeller’s closure. Bellona has encouraged the government to ensure their jobs throughout the decommissioning period.