Lawmakers in Switzerland’s lower house of parliament Wednesday cemented in a landslide vote plans by the government to phase out use of all five of the country’s nuclear reactors by 2034, making it Europe’s second country to abandon nuclear power in favor of renewable energy in the wake of the Fukushima Daiichi crisis. 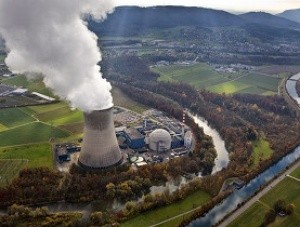 Germany’s government has opted for full closures of its nuclear power plants by 2022, and has already shut down eight of its plants, one which was already idle for maintenance when the tsunami slammed into Fukushima Daiichi on March 11, and the other seven of which represent the country’s oldest reactors. The German shut down will be voted on within a month in that country’s parliament, and little opposition is expected.

The Swiss ballot passed the National Council, parliaments lower house, with 101 votes in favor, 54 against and 36 abstentions, according to the Associated Press. It had the support of all parties except the pro-business Liberal Democrats and the nationalist Swiss People’s Party.

Switzerland’s upper house of parliament, the Council of States, must also approve the plan. The government will then have to submit a detailed proposal on exiting nuclear power to parliament.

Although Switzerland isn’t prone to large natural disasters, opinion polls showed most Swiss favored shutting down the nuclear plants. The issue threatened to dominate the political debate ahead of parliamentary elections on October 23.

And May saw the largest demonstrations against nuclear power in Switzerland in 25 years.

The Cabinet is already in favor of decommissioning the country’s reactors between 2019 and 2034, after they reach an average lifespan of 50 years.

“This is a rational decision for Switzerland to make because after 2034, they would have to invest in building new nuclear reactors, and that is were tremendous costs come in,” he said. “We will therefore see that alternative energy can be installed more cheaply.”

Bøhmer noted that the quieter practice of simply extending reactor life spans is undergoing a radical reevaluation in Europe as it came to light that the 40-year-old reactor No 1 at Fukushima Daiichi – which has suffered explosions, water leaks and tremendous releases of radiation – had received a 10-year operational extension from Japanese regulators despite numerous fatal faults found during evaluations.

Chief among them was that the reactor’s backup power systems for the coolant system were corroded and vulnerable, and that the reactor would not be able to withstand an earthquake of any appreciable magnitude.

“Nuclear reactors are aging throughout the world and it is too dicey to prolong operational lifespans especially after what was revealed about extended operation life spans at Fukushima Daiichi,” said Bøhmer

Economic versus political momentum against nuclear

Bøhmer added that the decisions of Switzerland and particularly Germany, the world’s number four economic powerhouse, will create the economic momentum necessary for wide-scale application of renewables.

“Other countries will see that replacing nuclear power is far more costly than just going with renewable energy,” he said.

This in turn will make renewable energy prices more competitive, a development that could divorce the decision to maintain nuclear power from purely political aims.

“(These decisions) create an important momentum in terms of economics,” said Bøhmer. “The renewables market will get a big boost and the rest of the world will see that such technology really works.”

An Italian court meanwhile has ruled that the results of a popular referendum on the country’s continued use of nuclear power that will be held next week will be considered as legally binding.

Despite attempts by Italian Prime Minister Silvio Berlusconi’s efforts to champion nuclear power as a replacement for oil, the Corte Suprema di Cassazione said earlier this week in a statement that, “the court has declared admissible the request for a general referendum to abolish (…) nuclear power stations,” Platts news agency reported.

The court ruling quashed Berlusconi’s attempted compromise at a temporary ban on nuclear energy, so if Italians vote in the June 12 and 13 referendum to end nuclear in their country, Italy to will be forced to explore alternative energy – and according to forecasts by many experts, this is something the Italian public is willing to do as radiation continues to spew from Fukushima Daiichi.

The Italian government has already suspended indefinitely its plans to develop nuclear energy in an attempt to calm public fears after Fukushima Daiichi. But it has strongly opposed the idea of a general referendum on the issue.

Business sector opponents of the nuclear shut down have warned of spiking electricity prices and increases in carbon dioxide emissions.

But Bøhmer said that the market prices for Carbon Capture and Storage will also drop, which will still make it possible for countries to reach their emissions cut targets by 2050.

“Be constructive. We can do this,” Energy Minister Doris Leuthard – who has spearheaded political efforts to shut down the country’s five nuclear reactors –told lawmakers after the vote Wednesday, AP reported.