Hydrogen in steel production: what is happening in Europe – part two

It is clear that we need more action to increase the share of renewables and call out “hydrogen-ready” plants that are using grey hydrogen or natural gas. While there are some promising projects, it seems unlikely that DRI production with green hydrogen will account for 100% of EU steel production in 2050. There is a race for producing the first truly climate-neutral steel and Sweden looks set to win it. 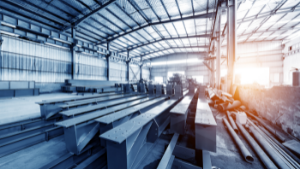 The figure below shows the process of steelmaking using the DR-EAF route. Iron ore is reduced with hydrogen while in a solid state, hence the name direct reduction, to produce direct reduced iron (DRI) called sponge iron. Sponge iron is then fed into an EAF, where electrodes generate a current to melt the sponge iron to produce steel. Some carbon is needed so that steel can be produced. This carbon can come from pulverized coal, biomethane or other biogenic carbon sources. This, combined with electrode consumption, adds up to ±53 kgCO2 per tonne of steel – if the electricity used is not fully renewable, its carbon intensity should also be added to that figure.

In the EAF process, some scrap can also be added to reduce the need for iron ore. 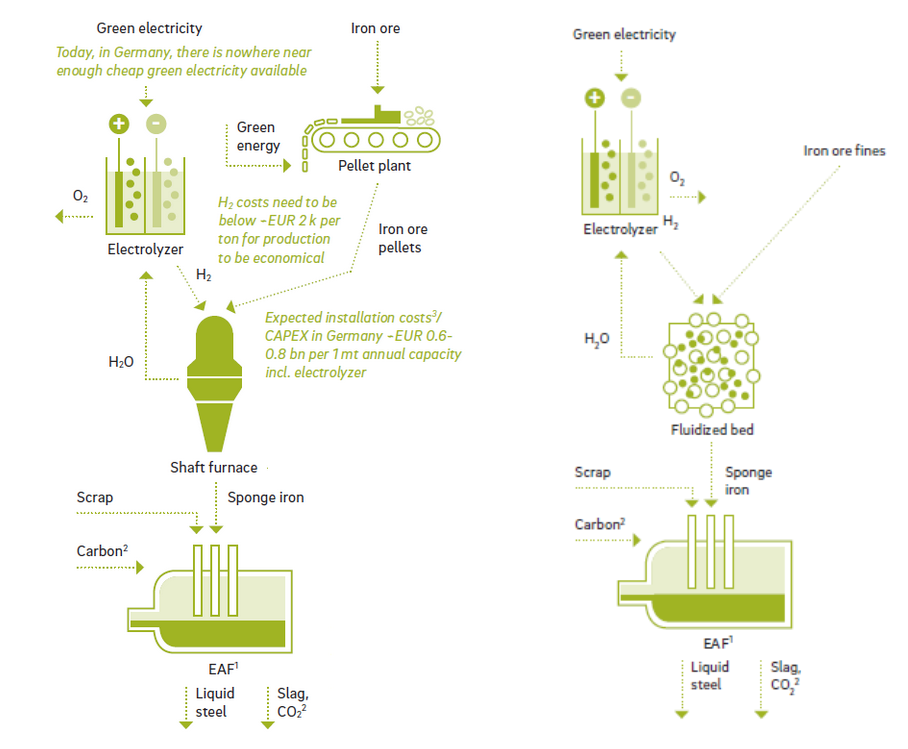 DR-EAF route with green hydrogen, either using a shaft furnace or a fluidized bed reactor, where hydrogen is the sole reducing agent [1]. Source: Roland Berger 2020.

It should be noted that direct reduction is not a new technique and has been around at a commercial scale since the late 1960s, though not with pure hydrogen. There is only one DRI plant in Europe, owned by ArcelorMittal and located in Hamburg, producing 0.6 Mt of steel per year [2]. Even though this method of production reduces emissions compared to coal steel making, it still results in emissions to the atmosphere. For DRI to be carbon neutral, a carbon neutral feedstock (such as hydrogen produced with renewable electricity) must be used in the steel making process.

There are also some other ways DRI can be used:

Fourteen planned DRI project were found in Europe (table 1). The projects are in varying stages ranging from being at a planning stage to operating a pilot plant. By the mid-2020s, Europe will have several cities with commercial DRI production if the steel companies meet their goals.

Most projects plan to connect their DRI plant to an EAF from the start (ArcelorMittal [4], SSAB [5], Liberty in Romania, H2 Green Steel). However, some projects include different pathways:

Even though companies have made various claims about the climate change mitigation potential of these projects, their final climate impacts will depend on factors such as the carbon intensity of the feedstock used for DRI (e.g., electricity used to produce hydrogen), the full lifecycle of the product (e.g., transport emissions of shipping iron from overseas) and other emissions coming from residual fossil fuel use (e.g., remaining coal use in a blast furnace or electricity use for EAFs).

Specific initial annual production targets are given for nine projects. Combined, they account for 20.45 Mt/year, which is about eight times the capacity of a large DRI plant. It would significantly increase European DRI capacity.  However, it still constitutes only a minor fraction of EU steel production, which was 159 Mt in 2019. 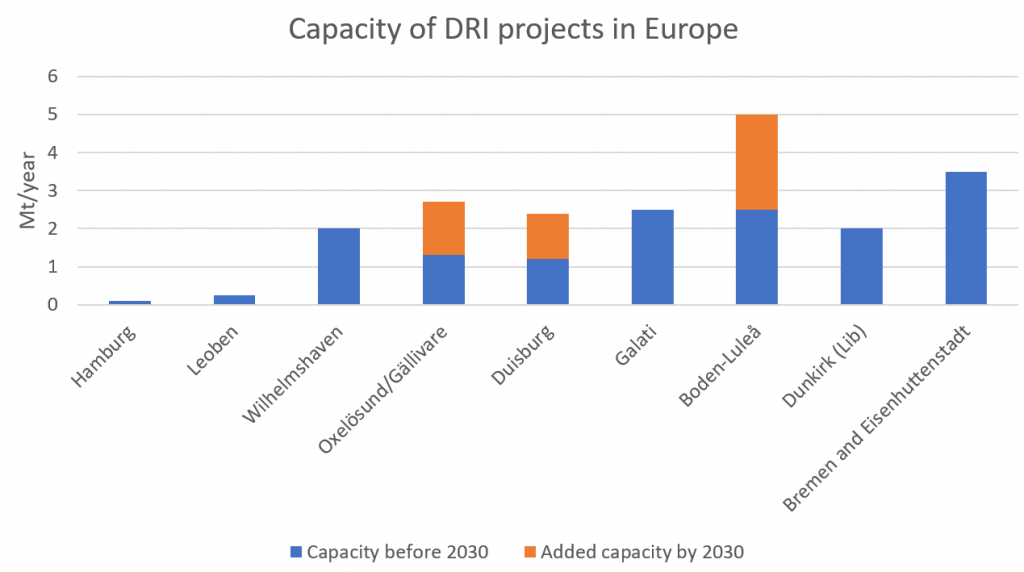 For evaluating the climate impact of DRI, assessing the carbon intensity of the reducing agent is key (table 2).

Table 2: DRI projects in Europe and their reducing agents.

Currently, the availability of green hydrogen is limited. Most of the projects intend to use natural gas or grey hydrogen initially, saying they can use green hydrogen, but that it is not available yet in sufficient quantities and at affordable prices. This “hydrogen-ready” argument is often cited by industry. ArcelorMittal also mentions the use of blue hydrogen until enough green hydrogen is ready.

Liberty Dunkirk and Salzgitter AG have concrete plans of constructing an electrolyser giving credibility to their claims of switching from natural gas to hydrogen. However, as said in the previous article, electrolysis can only produce low-carbon hydrogen if it is powered by renewable electricity. While Salzgitter AG have plans to use wind power for their electrolyser, the electricity source for Liberty’s project in Dunkirk is unknown. The grid emission intensity of France in 2018 was the second lowest in the EU, only Sweden did better. This would result in a relatively low hydrogen carbon footprint of 175 kgCO2/ton of DRI [10].

Emissions do not only depend on how DRI is produced, but also whether it is used in an EAF or a BF:

It is clear that we need more action to increase the share of renewables and call out “hydrogen-ready” plants that are using grey hydrogen or natural gas. While there are some promising projects, it seems unlikely that DRI production with green hydrogen will account for 100% of EU steel production in 2050. There is a race for producing the first truly climate-neutral steel and Sweden looks set to win it.