MURMANSK – A public hearing last week over controversial drilling of oil exploration wells slated for this year in the Barents Sea was sparsely attended by the by the public, with only two representatives of local ecological organizations showing up, despite high attendance by project developers. 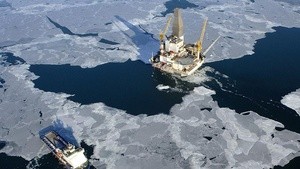 The low public turnout to the May 17 hearing– where community residents would have had a chance to question the wisdom of the oil project – was especially disappointing in the face of a worldwide slow-down in Arctic exploration projects this year.

Companies like Royal Dutch Shell postponed offshore work off the coast of Alaska, Lukoil, Russia’s privately owned oil major, said that it, too, will not pursue Arctic offshore projects, and Statoil North America a subsidiary of Norway’s state oil company Statoil, announced it too was keeping a distance from Alaskan shelf oil drilling projects, at least for the time being. US offshore regulations are traditionally far stricter than those governing the Russian continental shelf.

France’s Total, a major shareholder in the development of the Shtokman gas condensate field off the northern coast of Russia in the Barents Sea, also made a surprise announcement in August at Norway’s ONS oil and gas conference that it had strong environmental reservations about drilling for oil and gas in the Barents Sea.

The companies said that oil exploration projects in the Arctic area were too risky to pursue, at least this year. The oil exploration projects being led by Severneftegaz, an oil and gas production company, which operates as a subsidiary of EuroChem, would seem to fall in the high risk category as well. There is absolutely no infrastructure for storing oil recovered from possible spills in the Murmansk Region, which would severely hinder efforts to bring a slick to heel, despite drillers’ assurances that they have adequate measures to sequester spills at sea.

Despite this lack of spill preparation, Norway’s Statoil as part of a joint venture with Russia’s state Rosneft gas giant is also intending to explore the Barents Sea. According to Statoil spokesman Bård Pedersen in a text to Bellona in February, Statoil plans to continue a nine well drilling campaign in the Norwegian Barents as well as drilling exploration wells off the east coast of Canada.

The deal between Statoil and Rosneft was signed to great fanfare and was overseen by then still Prime Minister Vladimir Putin, whose third term as president has shown the degree to which he expects Russian wealth to continue to flow from oil and gas.

But in Murmansk, it seems that either interest in the environmental impact of developing Barents Sea sites among local citizens as well a legislators and governmental environmental watchdogs is flagging – or that the public hearings where woefully under-advertised, situated as they were in a tiny regional paper called Kolskoye Slovo (Kola Word), which states a circulation of 1,400.

It is common practice in Russia to situate announcements for public hearings on environmentally dicey projects in obscure publications.

The two NGO representatives that attended the hearing came from Bellona Murmansk and the Barents branch of the World Wildlife Fund (WWF).

The hearing featured information on evaluations of the environmental impact study of Severneftegaz’s exploration well drilling project to estimate how much oil is located in the Kola 1, Kola 2 and Kola 3 plots, which are located in the southern Barents Sea some 300 kilometers from the city of Murmansk, with its population of 300,000, and a mere 30 to 70 kilometers from the closest coastlines in the Murmansk Region. Severneftegaz will be looking to estimate how much oil these reserves hold.

If the totals are high enough to justify production, Rosneft is likely to swoop in, and with its history of environmental negligence, put the area at high risk of spills and other accidents. Severneftegaz estimates that should its findings prove lucrative, the fields it is exploring could be produced by 2016.

According to a representative if Severneftegaz, the experience of other Arctic drilling projects such as Prirazlomnoye, Medynskoye and Varandeyskoye will be taken into account as the company drills and develops infrastructure for the planned boreholes.

The experience to be gained from these fields is largely a history of hard knocks – Prirazlomnoye was initially scheduled to begin production in 2003. After several more delays, the field is supposed to begin production this year, which Bellona advisor Larisa Bronder said is nearly impossible.

Severneftegaz told the nearly vacant hearing that it will conduct its work with the help of semisubmersible boring equipment, which the project developers say fully correspond to environmental safety requirements, and which are further cleared for work in Arctic conditions.

According to Alexei Belsky, the contractor for the Severneftegaz project, the fundamental impact on the environment due to drilling the boreholes will be comprised of acoustic disturbances, thermal impacts resulting from exhaust gasses from energy generators, burning of hydrocarbon products via flare pipes, or as the result of accidents, water siphoning for technical needs, as well as dumps of indissoluble materials into the sea, such as drilling waste, trash and so on.

The developers are, however, convinced that when the projects are brought into normal working regime, environmental impacts will be minimal.

“The impact on biota resulting from acoustics in the area of the borehole drilling will be local and short-term, and will depends on the types of animals and season and will only become apparent in their flight from the source of the noise,” said Belsky.

He also said that the results of calculations of the diffusion of polluting substances resulting from the use of semisubmersible drilling devices will not pose significant harms to the atmosphere in the region where the boreholes will be constructed.  The project’s anticipated equipment for preparing, storing and using drill mud during accident-free operation will not bring about significant changes to the conditions of biota in the region of the licensed drill sites.

“As such, in a normal operations regime, impact on the aquatic surroundings will be minimal,” said Belsky.

The developers also said the complex of measures geared toward warning and liquidating accidental oil spills correspond with Russian legislation – which is not known for stringent requirements.

The oil spill response plan takes into consideration a three-tiered concept of reaction to sea spills, and assuring the readiness for their liquidation, which was accepted in Russia in correspondence with the so-called federal “Management of Development of Plans for Liquidating Oil Spills.”

Belsky also said that, “the marine boring installations envision measures to liquidate spills in conjunction with the [federal] Murmansk Basin Accident and Rescue Management and boring and drilling contractors to localize and liquidate spills on the sea surface,” said Belsky. “Placing oil booms will take place quickly, allowing for rapid isolation of the outflow and minimization of water pollution.”

Additionally, a patrol vessel will be deployed to the area where the boreholes are being drilled to further ensure warning and clean up support should accidents occur, said Belsky.

“Severneftegaz excludes the possibility of harm arising along costal areas because the boreholes are located a significant distance out to sea,” he said.

“Operations to eliminate the subsoil are not planned,” he continued. ”Seismic work and echolocation, gravimetric and magnetic surveys will not be conducted. The planned work will not impact water quality or bottom soil,” he said.

According to Sergei Zhavoronkin, a representative of the Barents office of the WWF, the project presents obviously presents potential dangers. One principle flaw is the absence in the Murmansk area to store oil waste in the event of an accident, he told the public hearing.

“Let’s say that in the event of a spill the company manages to localize and collect the waste in time,” said Zhavoronkin. “But the Murmansk Region there is not one facility that is capable of accepting any amount of collected oil.”

The Severneftegaz developers promised to examine the problem and said that, with the cooperation of local authorities, the issue could be addressed by 2016.

This is the first in a series on new oil developments in the Russian arctic. Anna Kireeva reported from Murmansk and Charles Digges contributed from Oslo.