WASHINGTON—For more than 40 years the US petroleum industry, backed by the Republican party, has tried—and so far failed thanks to environmental concerns—to open Alaska’s Arctic National Wildlife Refuge (ANWR) to oil exploration. 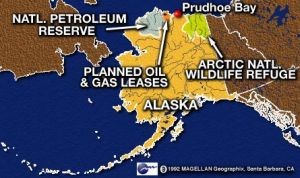 But by classifying drilling in the sensitive permafrost environment as a purely budgetary issue, the Republican-dominated congress may well get exploration rights by the end of this congressional year. A recent Zogby International poll shows, however, that 55 percent of the US population is opposes drilling in ANWR, compared to 38 percent who support it.


The coastal Plains is home to a wide variety of plant and animal species. The presence of caribou, polar bears, grizzly bears, wolves, migratory birds, and many other species in a nearly undisturbed state has led some to call the area “America’s Serengeti.”


Many of these are protected under the Convention on International Trade in Endangered Species of Wild Flora and Fauna (CITES). The proposed oil exploration site is located in the most biologically diverse and sensitive part of ANWR. 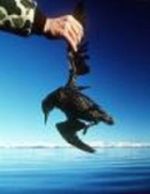 Several leaks caused by current drilling in Alaska have been reported, and the Exxon Valdez incident in 1989 released crude oil in a coastal zone and kept oil development efforts at bay for some years. Most recently on March 26th this year, some 500,000 litres of produced water was spilled onto the frozen tundra. In March 1997, some 1.8 million litres of diluted seawater were spilled, causing widespread salination.

Oil exploration in Alaska started in 1945 as a government sponsored activity under the jurisdiction of the Department of the Defence. Commercial exploration started in Prudhoe Bay in 1967. Production peaked in 1998 at about 2 million barrels a day, but has since then fallen to 943,000 barrels a day.


This constitutes some 16 percent of current US gross domestic oil production. The oil and gas from Prudhoe Bay field is shipped to the Valdez-strait. The US Department of Energy (DOE)estimates that oil production in Alaska’s wildlife preserve could deliver one million barrels of oil a day between 2015 and 2020, which is the estimated timeframe for drilling the ANWR, provided the drilling is approved in the current budget before congress.


Except for one test drilling expedition in ANWR commissioned by local indigenous authorities which yielded results that have not been disclosed, the US government estimates rely solely on rough geological estimates that range widely from seven to 15 billion barrels in total for the projected five-year drill. 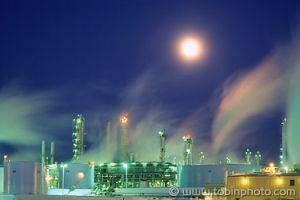 Ordinarily, requirements to obtain explorations drilling rights in a wildlife refuge would be the passage of legislation by both the US House of Representatives and the Senate. Following the last presidential and Congressional race, Republicans now have an advantage in both the House and the Senate—though not by a sufficiently large enough margin to avoid a possible Democrat minority driven filibuster.


To avoid such a turn of events, which could stretch into the next congressional term, the Republican have inserted perspective revenues resulting from exploration drilling into the national budget deposition—a highly unorthodox approach that has been met with harsh criticism from the Democratic side of the aisle. A motion against the insertion into the budget disposition was defeated by a narrow margin—thus oil exploration revenues will remain in the budget resolution to be presented for the budget vote later this year.


The insertion of the revenues into the budget resolution involved horse-trading based on the local interests of Congressional representatives. Alaskan House representatives—both republican and democrat—lobbied hard for the measure as a potential local economic and employment bonanza for Alaska. Backers also claim to have support from local indigenous groups.


Some observers argue that allowing drilling in ANWR will become a precedent for oil exploration in other locations currently protected by wildlife preservation statutes and environmental concerns. But Bush has throughout his first term demonstrated an indifferent approach to wildlife conservation by allowing mining and prospecting of minerals, extensive logging of old growth trees, as well as opening nature preserves for off-road vehicle recreation.


A US NGO called Arctic Energy, which recently received financial support from Alaska’s State Senate, has been pushing hard for exploration in ANWR. They argue that oil exploration in Alaska may provide 25 percent of US domestic production, and that only eight percent of the ANWR territory will be affected by the proposed oil exploration. Arctic Energy also argues that between 250,000 and 736,000 jobs may be created.


But BP and two other oil majors have withdrawn from this lobby to avoid criticism. Exxon-Mobil, which is among the companies heavily involved in Prudhoe Bay, still remains a partner. 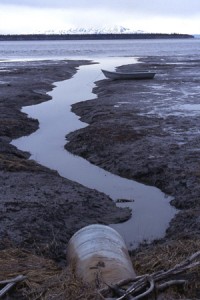 In the face of escalating oil prices and increased use of fossil fuels, energy conservation and increased emphasis on renewable energy should pose an obvious alternative. Contrary to this, US President George Bush presses for more fossil fuel—even though the White House itself is powered by solar energy back up generators.


Bush argues that the oil exploration will ease the United States’ dependency on oil imports from Arab nations it has alienated with its ongoing war in Iraq. To complicate US energy dependency even further, Venezuela has stated that they do not want to be taken for granted as a supplier of fossil fuel to US in the future.

Previous exploration activities in Alaska have left massive oil spills, abandoned roads and waste deposits that have caused irreparable damage to the sensitive permafrost environment. Development advocates argue that improved exploration methods will result in smaller environmentally damaging âfoot-prints.â A study by the American Academy of Sciences form 2003 concluded that activities of the magnitude proposed for ANWR will include access roads, air strips, disposal sites, housing and other infrastructure in addition to the oil wells that, as the history of oil drilling in Alaska shows, will be left abandoned once the proposed 2015-2020 project is complete.


A recent study released by the Arctic Climate Impact Assessment (ACIA) states that Alaska is already demonstrating tangible evidence of climate change. Due to thawing of permafrost, entire coastal communities, such as Surmac, have to relocate further inland. Oil and gas pipelines are sinking in the melting permafrost and vegetation is threatened. Migration by non-native animal species, and possibly mosquitoes carrying the fatal Nile virus have been facilitated by this climatic shift, claims the ACIA study.