BRUSSELS – Getting European Union (EU) heads of state and Russian President Vladimir Putin to agree on enhanced energy sector cooperation over dinner tonight in Lahti, Finland certainly won’t be a piece of cake, especially as Russian ambassador to the EU, Vladimir Chizhov, warned EU leaders that they would likely face stiff resistance.

Published on October 19, 2006 by Claire Chevallier-Cordonnier

Part of this resistance will be born out of several recent human rights crises that have rocked Russia’s relationship with the western world, most notably the Russian government’s refusal to register several prominent western NGOs under the Kremlin’s new NGO law, the contract killing in Moscow earlier this month of journalist and human rights activist Anna Politkovskaya – who built her reputation on her unsparing criticism of the Kremlin – and Russia’s current stance against the former Soviet republic of Georgia.

In 1967, it was Sidney Poitier in Stanley Kramer’s movie centred on a young women’s return to her liberal upper class American home bringing her black fiancé to dinner to meet her parents. Tonight, Poitier’s role will be played by Putin, invited by European leaders to discuss how to ensure stable supplies of oil and natural gas to the EU. The dinner, just as in the movie, will therefore be an awkward ice-breaking process, testing the true convictions on both sides of the table. 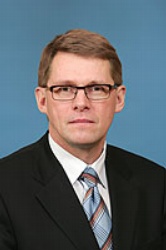 EU leaders have recently been sharpening their diplomatic skills ahead of the potentially delicate meeting. The Finnish hosts, currently holding the EU’s rotating six-month presidency, say that the purpose of this evening’s meeting is to encourage the EU to “speak with one voice” in its dealings with Russia on energy. As noted in the British daily The Guardian, “internal dissension spells external weakness,” something Putin knows all too well.

It seems that most participants and observers are unsure as to how the dinner will unfold, including Luxembourg Prime Minister Jean-Claude Juncker, who states that “it is difficult to foresee how a meeting with Putin will exactly develop.”

Perhaps the main risk of this evening’s soirée is that it will expose deep divisions within the EU on how to best deal with Russia.

Mutual benefits
Russia supplies 25 percent of the oil and gas consumed in the EU. By 2030, 70 percent of the EU’s energy demand could be covered by imports, and demand for natural gas could rise by 60 percent in the same period.

These figures take on a special resonance when one of the European Commission’s three stated goals for energy policy is security of energy supply. EU-Russia energy cooperation therefore becomes crucial.

In addition, there is a clear interdependence between the EU and Russia, since Russia needs the European markets. The European Commission therefore hopes that the EU and Russia could see mutual long-term benefits from a new energy partnership, which would seek to strike a balance between expectations and interests on both sides.

Russia and the EU are already tightly bound in economic terms, as the EU is Russia’s principal trading partner, accounting for over 50 percent of its trade, and Russia is the EU’s fifth-largest trading partner.

EU energy investments in Russia
Another hot topic for tonight’s dinner is the improvement of conditions for EU companies to invest in Russian energy projects. Last week’s announcement by Russian oil and gas giant Gazprom that no foreign companies will be allowed to participate in the development of one of the world’s biggest oil and gas fields – the Russian Arctic Shtokman area – came as a major blow to international industry majors, including Total and Royal Dutch Shell.

On this matter, Sergei Yestrokhan, a Russian political analyst, told the BBC from Moscow that Russia “is using rising oil and gas prices as a political weapon against Western countries.”

He added that the most important factor influencing who gets the big business contracts in Russia is having good relations with Putin.

EU leaders also want European investors to have the same access to the Russian energy market as Russian companies have to Europe’s market, and the ability to use Russian pipelines to export any gas and oil they produce in Russia, the BBC reported.

Tense atmosphere
These discussions come at a time when the EU and Russia are becoming increasingly distrustful of each other; Russia is perceived to be gradually detaching itself from the West and suspects the newer EU members states from Eastern Europe to be turning the bloc against the Kremlin.

In traditional American style, “Guess who’s coming to dinner?” has a happy ending. Will the EU leaders and Putin follow that lead? Let’s hope so. In any case, Bon Appétit!