A nationwide US study says that coronavirus patients residing in areas that had high air pollution before the pandemic are more likely to die from the infection than those in cleaner parts of the country.

Published on April 9, 2020 by Charles Digges 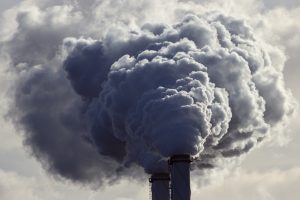 A nationwide US study says that coronavirus patients residing in areas that had high air pollution before the pandemic are more likely to die from the infection than those in cleaner parts of the country.

The study, by researchers at Harvard University’s T H Chan School of Public Health, offers the first clear link between long-term exposure to pollution and death rates from Covid-19. In their analysis of more than 3,000 counties in the United States, they found that higher levels of the tiny, dangerous particle called PM 2.5 were associated with higher death rates from the disease.

Researchers calculated long-term exposure to that fine particle between the years of 2000 and 2016 and compared it to the more than 7,000 US deaths from Covid -19 that had occurred through April 4.

Francesca Dominici, a professor of biostatistics at Harvard and coauthor of the study told the Los Angeles Times that her team fast-tracked the research in response to the surge in coronavirus deaths out of a “moral obligation” to help inform the healthcare response to the crisis. The scientists released the study in manuscript form while it undergoes peer review, and made public their data and code, hoping that it can be used worldwide to help focus research and prevent deaths.

“The results of this paper suggest that long-term exposure to air pollution increases vulnerability to experiencing the most severe Covid-19 outcomes,” Dominici and her coauthors wrote.

The paper found that if Manhattan had lowered its average particulate matter level by just a single unit, or one microgram per cubic meter, over the past 20 years, the borough would most likely have seen 248 fewer Covid-19 deaths by this point in the outbreak.

The paper also has implications for other areas in the country where death rates from coronavirus are high and pollution levels oppressive, such as Louisiana and California.

“These are the places where we should really be careful about social distancing measures and they should be even more enforced,” Domenici told the paper. “If Covid infects you, because you have lungs that are already inflamed because you’ve been breathing polluted air for so long, you might experience a worse health outcome than somewhere else.”

Over all, the research could have significant implications for how public health officials choose to allocate resources like ventilators and respirators as the coronavirus spreads.

The PM 2.5 particle is one of the world’s most dangerous invisible pollutants. Made up of tiny particles that are less than 2.5 micrometers across, it can seep deep into human lungs and bloodstreams. It is found in automobile exhaust and dirty power plants, and also arises when wood or coal is burned. Numerous studies have linked high levesl of PM 2.5 to heart disease, chronic bronchitis, diabetes and other respiratory illnesses. Researchers have estimated that PM 2.5 contributed to 4.2 million deaths in 2015 alone.

The Harvard scientists said their results “underscore the importance of continuing to enforce existing air pollution regulations to protect human health both during and after the Covis-19 crisis,” adding that “we anticipate a failure to do so can potentially increase the Covid-19 death toll and hospitalizations, further burdening our healthcare system and drawing resources away from COVID-19 patients.”

In the US, however, the study comes as the Trump administration is further eroding environmental protections, even as the pandemic rages on. While the death toll mounts and the country reels from massive unemployment brought on by stay at home orders, the White House has sought to weaken Obama-era restrictions on tailpipe emissions and taken aim at regulations on coal pollution.

The Environmental Protection Agency has even stopped routine monitoring of pollution from a number of industries, further endangering towns and cities already threatened by the pandemic.

Many scientists have suspected that pollution could make people more susceptible to the coronavirus. Research into the SARS coronavirus outbreak in 2003 found that infected patients from regions with higher air pollution were 84 percent more likely to die than those in less polluted areas.