Published on September 28, 2017 by Bellona Europa 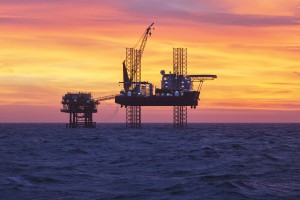 BRUSSELS – Following the Bellona Foundation’s complaint in August 2017, the EFTA Surveillance Authority (ESA) has started looking into into the legality of Norwegian state subsidies towards oil and gas exploration companies.

“This comes as no surprise. The complaint on the tax refunding is thought well through and we are welcoming further assessment”, comments Bellona president Frederic Hauge.

The procedure could last up to a year or longer, depending on whether ESA finds the Norwegian state guilty of illegally subsidising oil exploration. The result could undermine the profitability of oil and gas exploration activities thus leading to a dramatic fall in activity on the Norwegian continental shelf.

This is what Bellona and other environmental organisations call a favourable sponsorship of oil and gas exploration on the Norwegian continental shelf. Their view is shared by Norway’s political parties Liberals (Venstre), Socialist Democrats (SV) and the Greens (MDG). According to Bellona’s complaint, more than 90 billion NOK (9.5 billion euros) has been granted for oil and gas exploration activities from 2005 to 2015.

“We believe refunds for oil explorations to non-taxed companies is illegal state aid in breach of Article 61 of the EEA Agreement” comments Bellona’s president Frederic Hauge. Hauge emphasises that continued subsidisation of oil and gas companies comes at the expense of other forms of energy (renewables) that do not receive such subsidies. Failure to put an end to this biased tax regime risks undermining the Paris Agreement.

When it became known that Bellona filed a complaint about the scheme to ESA, Norwegian Oil and Gas director Karl Eirik Schjøtt-Pedersen said that this is not state aid, but postponement of tax.

“Schjøtt-Pedersen compares apples and pears. His argument assumes that the companies make enough profit in order to be taxed. What we complained about is the direct payments to small companies, as there is no guarantee that they will be able to pay any taxes,” says Frederic Hauge.

Earlier this month released was the list of 39 companies applying for this year’s round for exploration on the Norwegian continental shelf, so called TFO round.  Bellona found only 11 of these payed taxes to Norway in 2015 (according to the Oil Tax Register’s latest data). The remaining companies received up to 9.3 billion NOK (1 billion euro) as subsidies from the State.

“It is not obvious that such payments are just a postponement of tax. We expected ESA to see this as well, and we are looking forward to the conclusion when they go in and review the case. It will also be interesting to see how this decision will affect investments on the Norwegian continental shelf“, concludes Hauge.