BP commits to more climate-related information, but promises nothing on concrete action

98% of BP shareholders have voted for a resolution on climate change at the BP annual general meeting held on 16 April 2015. The resolution will commit the oil giant to increase its annual reporting on climate change risks. This is a step in the right direction meaning climate change will form a key consideration of all future investor engagement. However, Bellona remains cautions, and will closely follow BP’s investment decisions to ensure the company backs the resolution with concrete measures to reduce its climate footprint. 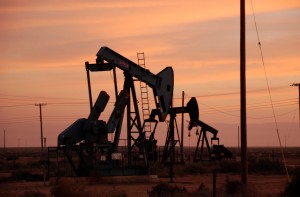 The passing of this resolution commits BP to publicly sharing information on a range of issues, including the effect of climate regulations on the value of its oil and gas reserves; its investments in low-carbon technologies; the amount of CO2 emissions stemming from its operations; what sort of incentives the board is offering directors during the low carbon transition; as well as on its public policy-related lobbying activities. Once such information becomes disclosed, investors will be able to judge whether BP is living up to its promises of becoming a sustainable player in the energy system.

While welcoming the resolution, Bellona calls on the oil giant to back its words and promises by concrete actions to cut its emissions. Bellona’s sceptic approach can be further justified by the fact that BP clearly stated that it will not be setting itself targets for cutting its own CO2 emissions or moving beyond petroleum. Moreover, while BP claims to support a global economy-wide price on carbon, it has scaled back its investments in renewable energy.

“Any continued viability of oil and gas producers can only be ensured with honesty and recognition of the risk of stranded assets and  the rapid mobilisation of investment into CO2 mitigation technologies like Carbon Capture and Storage (CCS)” warns Jonas Helseth, Director at Bellona Europa.

BP’s resolution comes three months after the filing of a resolution by 150 investors, including Shell, similarly committing them to publish detailed analyses of how their business plans fit with global climate change objectives. These developments are confirming the reality of the carbon bubble where assets sunk into fossil fuels projects are being lost.