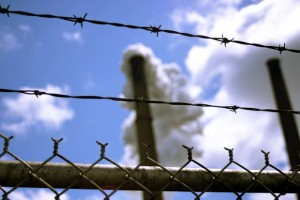 These developments were long-expected and inevitable following years of shortsightedness with regards to climate action, reaffirmed by both companies’ constant calls for undeserved and counterproductive financial support in the form of capacity payments to their underutilised and highly polluting coal power plants.

Germany has witnessed a substantial expansion of its renewables share, now accounting for more than a quarter of its power generation. This has, in turn, pushed wholesale electricity prices down and resulted in the reduced profitability of utilities. What is more, the threat of assets sunk into fossil fuel projects being stranded increases daily, as the carbon bubble moves from concept to reality (read more here). However, German power giants RWE and E.On have failed to react to this new reality, and are now struggling to cope with the consequences:

RWE’s overall earnings fell almost 10% year on year to €7.1 billion and are predicted to fall by another 10-14% this year. The company has suffered a 30% fall in operating profit from coal, gas and nuclear plants, and lignite mines in its core markets. “Framework conditions in conventional electricity generation are deteriorating faster than we can take countermeasures” – notes RWE Chief Executive Peter Terium in the annual report.

The new reality facing German power utilities is a good example to other European utilities of what not to do. Despite this, RWE and E.On are in fact joined by several other utilities, including GDF Suez and Enel, in the aptly named ‘Magritte group’, comprising European utilities collectively seeking bail-outs from EU leaders.

The ‘Magritte group’ name, stems from the group’s first meeting, which took place in a room named after the Belgian painter Rene Magritte. Magritte was a surrealist painter – and there is certainly little connected to reality in what the Magritte group seeks. While they want capacity payments for themselves, they call for an end to subsidies for renewables.

In contrast to the sharp deterioration in profitability of its fossil fuel-powered generation, RWE’s renewables business saw a boost of 9%. However, renewables continue to make up only a fraction of the company (5%). The majority of the RWE’s electricity production continues to rely on lignite (37%) and hard coal (23%).

The picture isn’t looking any better for E.On, whose annual report indicates a net loss of €3.2 billion for 2014, the largest in the company’s history.

The company’s earnings fell by 9% to €8.3 billion. On the other hand, E.On’s wind and solar business saw a 20% increase, by far outperforming its other segments. Given these facts, one cannot help but question why these companies didn’t realise the necessity of investing in renewables back in 2009. “Extremely low oil prices, adverse changes in currency rates, and a further decline in power prices are having a significant effect on our business” – said CFO Klaus Schäfer.

In pursuit of its survival, E.On, announced (at the kickoff of UN Climate Summit in Lima) that it would split into two separate companies in 2016, with one planning to focus on renewable energy and the other on conventional coal-fired and gas-fired power. Following in the steps of E.On, RWE announced plans to invest about €1 billion a year from 2015 in renewables, with an emphasis on wind farms.

The move smells of ‘bad banks’ – the isolation of business assets that are more likely to incur losses or bankruptcy. If E.On and RWE are already foreseeing a fossil fueled bust, this is just another good reason they should not receive any capacity payments for continuing this business.

Utilities yet to earn confidence

Nevertheless, Bellona remains skeptical of their ‘new’ strategies. Attempts to change the giants’ approach to Carbon Capture and Storage (CCS) technology within the European Commission’s CCS Technology Platform ZEP, revealed the large utilities’ inability to adapt – even to save themselves.

In January 2015, RWE and E.On were among the four biggest European power utilities to leave ZEP in order to join the Eurelectric-created separate utilities-only CCS task force. This clearly reveals the fossil power utilities’ aim to control the CCS debate, essentially to prevent CCS from happening, and thereby  shortsightedly ‘protect’ their ageing and polluting portfolios from stringent climate policies.

Outlook for both companies remains dismal as their decisions continue to reflect ‘poor forward vision’.