We took a look at the Portuguese EU presidency agenda. According to their programme, the three priorities driving their action will be: promoting the recovery from Covid-19 through the green deal and the digital transition; supporting the creation of a health union; and supporting European industry. The socialist-led Portuguese government is particularly keen about centring their action on job creation while environmental themes are high in their agenda.

Published on January 19, 2021 by Bellona Europa 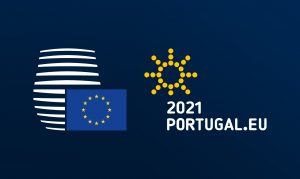 On Wednesday the Portuguese presidency is presenting its programme, under the motto “Time to deliver: a fair, green and digital recovery”. Three priorities will be driving their action: promoting the recovery from Covid-19 through the green deal and the digital transition; supporting the creation of a health union able to respond to public health crises; and supporting European industry by ensuring that access to the European Market is granted on fair terms. The Portuguese Presidency is the final one in the troika started by the Croatian Presidency in January 2020 and continued by the German Presidency. Although the trio has been deeply affected by the pandemic, it will leave a common legacy in terms of advancing the climate debate across all the recovery discussions.

We will take a look at those actions promoted in the programme which aim at improving the sustainability and climate action of the Union, through the lenses of Bellona, a climate NGO which has been ringing the climate emergency alarm bell across four decades now. We focus on technological solutions, advocating for HOW to start moving the EU towards carbon-neutrality already NOW (indeed, during the Portuguese Presidency).

A Green and Global Europe

The programme presents five action lines: a resilient, green, digital, social, and global Europe. Climate action takes a big role within the second and last of these work streams. In their attempt to make Europe greener, the Portuguese presidency plans on organising two climate change related conferences in Lisbon: one focused on Climate Laws (presumably including the future agreement on the EU climate law) in March and one on Green Hydrogen to support the energy transition in April. Green hydrogen will be supported through research as well as they plan on continuing joint initiatives on the topic under the new European Research Area (ERA). We hope that the Portuguese presidency will bring the commitment for sustainability criteria for hydrogen production back to Brussels.

Moreover, a key priority will be finalising the 8th Environmental Action Programme, as the seventh came to an end in 2020 without having a follow-up ready. Similarly, finding a consensus on the Common Agricultural Policy negotiations will be essential to deem the presidency successful. Finally, a consensus will also need to be found on the legislative proposal to align the union legal order with the Aarhus Convention, ideally before the UNFCCC’s COP26.

In the context of the European Climate Law, the Portuguese Presidency deem it essential to secure a joint commitment to reduce CO2 emissions by at least 55% by 2030. Based on our previous research, Bellona has recommended that the 2030 reductions target needs to be clear, and a separate removals target should be introduced. Furthermore, a  scientific body, such as a European Climate Change committee, needs to be introduced to provide scientific input to EU policy-making processes and support the European Commission with assessing policy trajectories that meatthe climate necessities.

Under this action line, the social agenda of the presidency remain central, as they will “prioritise initiatives to ensure that environmental and social aspects are duly taken into account in private investment decisions”. Nevertheless, it remains to be seen how the European Parliament’s 60% emissions reduction target will be incorporated in the trialogues.

They claim that decarbonisation should be addressed through taxation to facilitate the transition, circular economy and security of energy supply. We support this approach and, although we haven’t seen a consistent proof that this will be made a priority, we hope that the revision of the Energy Taxation Directive and the Carbon Border Adjustment Mechanism will be brought forward in the upcoming six months.

In the area of circular economy, the Portuguese Presidency will focus on sharing national action plans and results, while bringing the action at the European level. They plan on triggering a reflection on the secondary raw material market, waste management, intelligent production and use, eco-design, reuse reparability and remanufacturing. Moreover, a revision of the legislative framework for batteries, improving the sustainability of the entire value chain is in their plans.

Bellona, alongside its NGO and research partners, would like to see additional interest from the Portuguese Presidency in the climate impact of circular economy models, solutions and policies. Additionally, we have asked for a task force to be established to monitor the climate footprint of the circular economy as it develops. The Portuguese Presidency has an opportunity to tie its legacy to this process, ensuring that the climate and the circularity policies will be mutually reinforcing in the years to come.

Measures advancing sustainability can be found as well in the presidency plan on the implementation of the Strategic Agenda 2019-24. These include a new industrial strategy to support sustainable European industry, supported by the organization of industry days in Brussels in February. Moreover, an action should be expected in strengthening product traceability and improve market surveillance to increase transparency for consumers.

Focus on oceans and forests

Given Portuguese geography, the ocean and the blue economy take a central role in the environmental agenda as well. A conference on sustainable oceans will be held in June in the Azores, where themes such as blue economy, integrated marine policy and common fisheries policy will be discussed. Moreover, themes such as ocean-based renewable energy, sustainable aquaculture and green shipping will be brought forward by the presidency. Finally, a conversation on protecting and reconstituting marine ecosystems is expected to be at the centre of the biodiversity workstream.

Together with oceans, forests will be tackled as well as the Portuguese plan on establishing a financial framework valuing their multifunctionality and long-term benefits. Moreover, they aim at bringing forward the negotiations on a legally binding agreement on forests in Europe.

Forests will be also taken into account in negotiating agreements with third parties, in particular under the FAO and ITTO frameworks. Similarly, Portugal plans to include sustainability aspects under the Global Europe action line. Actions will include a joint EU-African forum with the EIB on green economy and green investment, as well as a fruitful collaboration with the USA as they will return in the Paris Agreement.

Overall, the socialist-led Portuguese government is particularly keen about centring their action on job creation. Environmental themes are high in their agenda, particularly in some of the parties supporting the government coalition. However, they risk being overshadowed by the social agenda António Costa is keen on bringing forward. Nevertheless, we can’t stress enough that next generation jobs are deeply tied to the climate agenda. This is, thus, a massive opportunity for the Portuguese Presidency to bridge the gap between the two topics in the process of building back a better Europe.