Amidst Brexit unrest, EU climate policy must be kept on track

BRUSSELS In the aftermath of the UK’s decision last week to leave the European Union Member States’ minds and resources will inevitably to be diverted from running the EU toward managing and negotiating the withdrawal of the UK. In this context, it is vital that we stay on track with the important climate policies underway, including but not limited to the carbon market reform, that are needed to deliver on the Paris Agreement. Increasing CO2 in the atmosphere will not take a break from warming our world because of European politics. 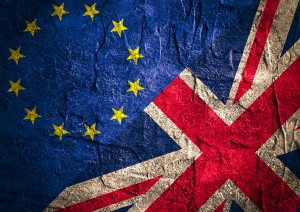 Brexit comes at a time when the over-arching EU Energy Union is set to deliver many of its central policies, including reforming the Emission Trading System (ETS), agreeing emission reductions in non-ETS sectors including transport (the Effort Sharing Decision), an Energy Efficiency Package and a Renewable Energy Package. All of these are central policies in beginning to secure and deliver on the 2015 Paris Climate Agreement.

With strong electricity and gas links with Europe, which continue to grow stronger, the UK has been a major player in EU climate and energy policy and is deeply entwined with EU low carbon agenda. Furthermore, as host to the financial capital London, Europe is tied to the city’s ability to trigger climate finance, for instance to capital intensive climate technologies like Bioenergy with Carbon Capture and Storage (Bio-CCS/BECCS), which is vital to delivering the Paris Agreement.

Director of Bellona’s Brussels office Jonas Helseth says after Brexit, collective efforts to combat climate change will continue: “Bellona has worked for the climate outside Norwegian EU membership for over 20 years. Our friends and allies in British environmental groups are among the strongest supporters of the EU. Their voices will continue to be heard in Europe as our global environment knows no borders”

This and next week in Brussels will see a number of meetings to hash out next steps. The European Parliament’s Environment Committee, currently responsible for the ETS reform, will meet to assign a new rapporteur to the file, after British MEP Ian Duncan resigned following Brexit. As rapporteurs are appointed from political groups, the file is likely to remain in Duncan’s European Conservatives and Reformists group, where it will most likely fall into the hands of a Polish MEP.

Along with the uncertainties around leadership, the timeline for ETS reform is now brought under question. It is already unlikely to be concluded before well into 2017. This has led to the carbon price dropping further, down approximately 10% in recent days. An unstable and ineffective ETS will remain a barrier to low carbon investment.

Ian Duncan’s draft report for ETS reform was only published a few weeks ago and debated in the European Parliament last week. It has some promising propositions which a successor rapporteur should ensure are followed through with. These include calling for better understanding of how the ETS interacts with other climate policies (Amendment 25), strengthening the Innovation Fund with 150 million allowances and higher funding support (Amendments 36 and 37) and generally the introduction of more flexibility with regards to project eligibility for funding.

The Green 10, a group of environmental NGOs active in the EU, have sent a letter to EU Presidents Juncker, Tusk and Schulz and Dutch Prime Minister Rutte, who holds the rotating EU Council presidency, calling on the EU to “now embark on an agenda of transformational change, one that puts the interests of people and planet first in everything that it does, guided by the global 2030 Agenda for Sustainable Development and the Paris climate deal”.

The Green 10 will meet with First Vice President Timmermans later this week to discuss how the EU should move on and become better in making the case for the values and benefits EU policies have brought for its citizens’ health and wellbeing.