The European Commission intends to propose an obligation that would be tantamount to a tax on energy-intensive imports from countries that do not take action against climate change. 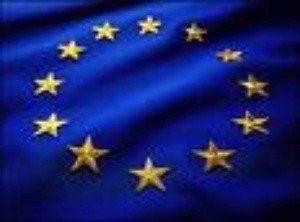 This is one of the key issues in a draft proposal for a revision of the EU’s Emission Trading System (ETS) directive. The ETS currently covers approximately 40% of EU greenhouse gas emissions. The Commission is expected to make the formal proposal on 23 January.

The Commission proposes a gradual phase-out of free emission allowances, to be replaced preferably by auctioning (the draft is not entirely clear in this respect). By 2020, there will no more be any free allowances for the power sector, while industrial installations would still receive for free 60% of allowances (compared to the allowances they received annually in 2008-2012). However, if a successful international agreement on climate change replaces the Kyoto protocol after 2012, the phase-out could speed up. The draft commits the EU to scrap all free allowances in a given sector as soon as mandatory emission reductions are agreed internationally between countries “representing a critical mass of production” in that sector.

In a similar vein, in order to ensure a level playing-field for EU industries competing with companies in other countries, the Commission proposes a “future allowance import requirement” (a sinuous name put together to produce the more fortunate acronym “FAIR”). FAIR would oblige importers to buy emission allowances in the ETS equivalent to the greenhouse gas emissions that would have been caused had the imported goods been produced in the EU. This system will apply from 2015 for products “subject to significant risk of carbon leakage or to international competition” and traded with countries that do not “take binding and verifiable action to reduce greenhouse gas emissions comparable to the action” of the EU. Conversely, EU exporters of such products to “climate free-riders” would be able to claim additional free allowances.

It is unclear how the comparability of EU and trading partners’ measures shall be established under FAIR. The main purpose of the scheme may instead be as sabre-rattling in the negotiations on a post-2012 international climate agreement, which were launched last month in Bali. Interestingly, FAIR mirrors a similar provision in the Lieberman-Warner bill that was endorsed by the US House of Representatives on 5 December and that is now being discussed by the US Senate.

“It is both remarkable and positive that the EU dares to use its political and economic weight to compel its trading partners to curb greenhouse gas emissions. We have long argued for such a step to be taken and are very satisfied with what appears to be the Commission’s line,” says Paal Frisvold, senior policy advisor of Bellona Europa.

The draft proposal also comprises less controversial changes, such as a lengthening of the trading periods to eight years as well as EU-wide rules for allocation of emission allowances. The draft suggests to set a minimum threshold for the percentage of allowances to be auctioned (although no number is suggested), as well as a minimum share of these revenues to be used for climate change adaptation and mitigation (no number is suggested for this either). Amongst the measures eligible for the use of auction revenues would be i.a. the development of renewable energy sources and carbon capture and storage.

When the Commission tables its proposal later this month, it will be passed on to EU Council of Ministers and the European Parliament. It is expected to be adopted before the European elections in June 2009.