Norway jeopardizes CO2 capture and storage while the Netherlands embraces it

The proposal for the Norwegian state budget for 2018 was presented today. In the proposal, the budget for developing a full-scale CO2 capture and storage (CCS) value chain was cut to almost zero.

Published on October 12, 2017 by Bellona Europa 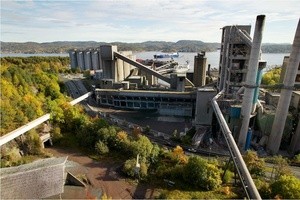 The proposal for the Norwegian state budget for 2018 was presented today. In the proposal, the budget for developing a full-scale CO2 capture and storage (CCS) value chain was cut to almost zero.

– These cuts in CCS financing are incomprehensible. By taking such steps, the government sows doubt amongst all the actors involved in CCS activities in Norway. The technology is ripe and industry is ready. This budget risks undermining all other policies and investments on climate change. The budget sends a signal that Norway is no longer serious about CCS, says Olav Øye, Bellona adviser for CO2 capture and storage.

While the Norwegian government proposes to cut the budget for CCS, the Netherlands, on the other hand, has embraced CCS in its recently published government coalition agreement. It plans on reducing its CO2 emissions by more than half by 2030. This means that 56 million tons CO2 will need to be cut. CCS is tasked with taking care of more than a third of this amount, 20 million tons of CO2 per year by 2030.

– It is absolutely necessary that the Norwegian state budget is adjusted so that Norway too can contribute properly to the fight against climate change by financing full-scale CO2 capture and storage for industry, says Olav Øye.

Funds are needed for capture, transport and storage studies

Funds are necessary for the development of CO2 capture installations on the three capture sites around the Oslo fjord: cement producer Norcem, the ammonia producer Yara, and a waste incineration plant in Oslo (Klemetsrudanlegget). Further studies on the CO2 transport and storage parts of the value chain are also needed.

The budget published today is not the final version. There is still a possibility that the opposition and the government’s supporting  parties Venstre and KrF are able redress the budget cuts proposed by the minority government.

After infamously cutting its CCS programme back in November 2015, the UK Government today released its long-awaited Clean Growth Strategy. The Strategy outlines how the UK will deliver on its legally-binding target to reduce emissions by 80 per cent by 2050 and sees CCS as a vital part of the solution in the UK and internationally.

Under the Strategy the UK will revitalize efforts to bring CCS to market through the creation of a Ministerial CCUS Council, Chaired by Climate Minister Claire Perry MP, and a new CCS Cost Challenge Task Force. Similarly to the Netherlands, the UK sees international collaboration as a key strand of its new approach to CCS .