VLADIMIR, Russia – The offices of the international anti-corruption NGO Transparency International in the Russia city of Vladimir, 200 kilometers east of Moscow, were yesterday searched by police at the apparent behest of Russian parliamentarian Grigory Anikeyev of the Kremlin friendly United Russia Party.

Published on August 18, 2010 by Bellona, translated by Charles Digges 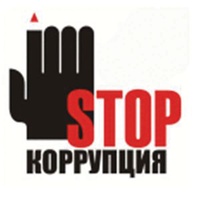 Yet, is was not immediately clear from reports in Vladimir and from the Duma which branch of Russia’s law enforcement agencies was responsible for the search. All law enforcement bodies contacted told Bellona Web to speak with official spokespeople.

A spokeswoman for the Duma said the investigation was “ongoing” and refused comment or identify the police branches – if any – that were involved in the raid.
According to staff at the Vladimir office of Transparency International, during the August 17 search of the office, several notebooks on the work of the organisation, as well as personal data on the office’s visitors, were confiscated.

On the morning of the same day, a search was carried out at the apartment of Aleksei Shlyapuzhnikov, head of the Vladimir branch of Trasperency International, during which a computer hard drive and several flash drives were confiscated.

Shlyapuzhnikov is also the editor of the Vibor33 website, a new and comment site that publishes material strongly critical of government corruption.

According to various witness accounts, investigators were searching the Vladimir office of Transparency International for information that would tarnish the reputation of Anikeyev, a member of Russia’s lower house of parliament, the Duma.

Anikeyev, a member of the Duma Committee on Labour and Social Policy, is one of the Duma’s richest deputies. Russian media have covered extensively not only his multi-million rouble income, but also that he is one of a handful of Duma deputies who own their own private planes.

Transparency International, founded in 1993 by former World Bank chief Peter Eigen, is an international non-governmental organization fighting corruption and trying to raise public awareness of it.

This includes, but is not limited to, political corruption. It annually publishes its Corruption Perceptions Index, a comparative listing of corruption worldwide. Its international headquarters are located in Berlin, Germany, and maintains offices all over the world.

Charles Digges contributed reporting to this article which was prepared by Bellona’s St. Petersburg offices.