Bellona is urging environmental protection organisations in the African country of Ghana to adopt some its environmental policies against climate change and to face the environmental challenges standing before the developing, newly democratic nation.

Published on March 3, 2010 by Ann-Christin Lunde, translated by Charles Digges 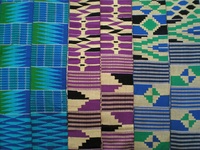 African countries like Ghana, Sudan and Senagal constituted part of the G-77 block of developing nations at the Copenhage UN Climate Summit, which caused some of the major divisions barring recogniton of the Copenhagen Accord until the 11th hour. According to the G 77, wealthier nations, wealthier nation at the talks painted them into a corner and were late in developing financial plans for third world climate mitigation programmes.

In 2006, the Norwegian government put forth a plan of action for cooperative environmental development, which recognized that poor living conditions and the environment are intertwined. One result of the action plan was the Environmental Movement for the South, a collective of five Norwegian environmental organisations who share information about the management and organisation of environmental group in South America, Asia and Africa.

Bellona joined EMIS in 2009, partnering with Ghana. The country is one of the most stable in the region after its 3009 presidential election. Through financial support to ProNatura International, Bellona’s Partner Organization in Ghana, Bellona will pass crucial knowledge and expertise to Ghana’s environmental organisations.

“The goal is to strengthen Ghanaian environmental protection organisations political influence; this is done now through a series of courses in collaboration with ProNatura International and the University of Ghana,” said Bellona advisor Jack Herheim. 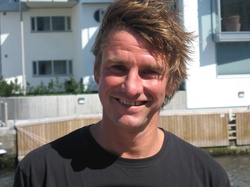 “Environmental activists chosen from different organizations are invited to take part in a number of courses in project management, measures to ensure clean water and the prevention of deforestation,” said Herheim. “Policy analysis and general political lobbying is also part of the programme. The course it arranged by the University of Ghana’s  social sciences and political science departments,” he said.

“The plan is that Ghanaian environmental protection organisations will enhance their experience in these areas and have greater impact with political authorties,” said Herheim.“ Bellona acts as a sponsor organisation, but the Ghanaians who drive the project and do the coursework. Bellona and Norway can be an important financial and strategic partner in this initiatives, but local presence and ownership is crucial”, he said.

Ghana is in the process of change as it leaves being an authoritarian rule and becomes a multiparty democratic system. A state-dominated economy is about to be replaced with a market based economy. Authorities are no longer able to monitor the activities of private companies. There is a serious need to put in place national regulations relative to forestry, mining and the oil sector such that Ghana not become an environmentally pillaged corporate fiefdom to big oil and industry like so many of its neighbours like Nigerian and the Republic of Congo.

Deforestation in Ghana has progressed at 2 percent annually since 1981. Timber and forests are being cleared for the purposes of increasing agricultural output, and Ghana’s jungle has been reduced to only 25 percent of its original size.

Yet, it is gold mining that can account for most of the country’s environmental problems. Mining activities pollute water and destroy the livelihoods of the Ghanaian jungles indigenous peoples.

Oil has also been discovered off Ghana’s coast and the offshore industry is constantly growing. International oil companies that have established offices in the area are expected to begin oil production within the year.

Ghana has several organisations that are involved in environmental issues at different levels, but through multiple, disorganised networks.

According to the Norwegian government, its action plan is to invest in the cooperation development with a focus on the sustainable management of biodiversity and natural resources. Additionally, areas like water resource management, climate change prevention, and access to clean energy are a priority. Polluting emissions are also regarded as lowering living standards. The government’s plant also says that Norwegian aid policy requires increased competence and capacity in the environmental field.

“Bellona is presenting solutions to environmental problems and thereby exercising pressure on political authorities,” said Herheim. “Academic emphasis, insight into national management and expertise within different disciplines are crucial for an organisation to be heard when policy decisions are taken,” he said. People who work in these organisations

“The political situation and public administration apparatus in Ghana is, of course, not comparable to Norwegian conditions. But Ghanaian environmental protection organisations’ prospects for political success can be enhanced by focussing on the people who work in these organisations and enhancing their skills,” said Herheim.

(This article was translated and edited by Charles Digges.)